In the second part of this series, OnCuba continues its journey through several Cuban provinces, with shared realities and different contexts in the face of COVID-19. What’s it like to live today in Havana and Ciego de Ávila? 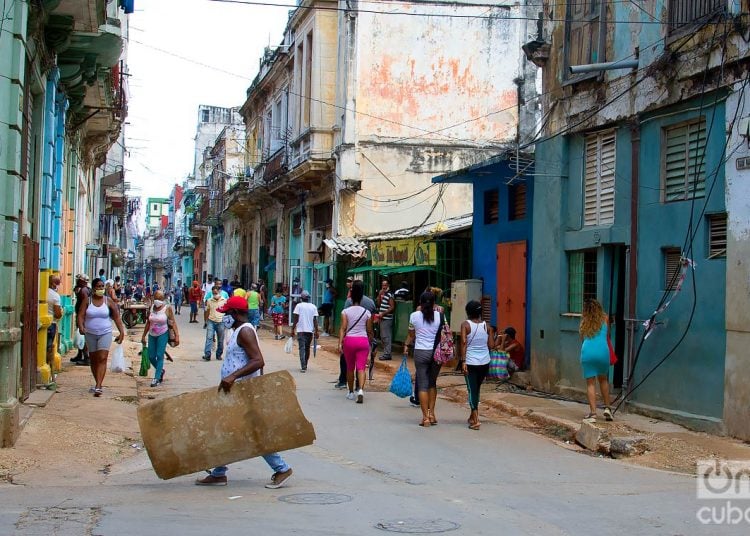 A street in Havana, during the outbreak of COVID-19. Photo: Otmaro Rodríguez.

The coronavirus burst into Cuban reality almost six months ago. Since then, each province has been confronted with various scenarios, experiencing both structural problems of the Cuban socio-economic situation and the evolution of the pandemic.

Havana: epicenter of COVID-19 in Cuba

Havana has been the Cuban province most affected by the new coronavirus. Proof of this is the extreme measures in force since this September 1. Until this Wednesday September 2, there were 2,497 confirmed cases of the disease, 59.7% of the total contagions reported in the country.

The island’s main city has been, for quite some time, the epicenter of the epidemic in Cuba; that is, the place where the greatest number of contagions is concentrated and where the SARS-CoV-2 resists disappearing.

Havana has an incidence rate of 116.9 per 100,000 inhabitants. Such numbers give it a sad leading place among all Cuban territories, many of which have not registered new cases for more than three months, which is why they are in the third phase of post-COVID-19 recovery.

Havana barely managed to advance to the first phase and already in early August it had to return to the epidemic stage and increase prevention and control measures, as a consequence of the outbreaks suffered in just one month of de-escalation.

The capital, with its 2,000,000 inhabitants, held several open local transmission events in six of its municipalities: Habana del Este, Plaza de la Revolución, Playa, Arroyo Naranjo, La Lisa and Regla. Although some of its territories present a more complicated situation than others, none of the 15 municipalities is totally free of the disease. In all of them, the risk of infection remains high, according to the capital’s health authorities.

The wide dispersion of SARS-CoV-2 in the capital adds as an explosive indicator the high number of asymptomatic patients and those under 40 years of age, largely responsible for the spread of the coronavirus not only in the capital, but also beyond its borders, since several of the outbreaks registered in the west and the center of the island weeks ago had the capital city as their point of origin. This forced the government of Havana to reinforce the current restrictions for state and private transportation between the city and the rest of the country, establishing border control points, prohibiting passenger transportation and screening all travelers, among other regulations, although tourist trips continued as long as vacationers show their reservations and the negative result of rapid tests.

Within the capital, measures were also toughened after the return to the phase of limited autochthonous transmission, a nomenclature used by the Ministry of Public Health to name the current epidemic stage. The suspension of urban transportation―which had returned at the beginning of the de-escalation, although with limitations in its capacity―, the closure of beaches, swimming pools, bars and other recreational places and of concentration of self-employed workers, as well as the return of selling only take away food in cafeterias and restaurants, are among the provisions initially applied to restrict mobility and crowds.

Among the measures that came into force on September 1 is the prohibition of mobility between 7:00 p.m. and 5:00 a.m., except for exceptional cases and authorized transport, due to its function. Unlike most of the country’s provinces, Havana’s classrooms did not reopen on September 1.

Authorities and specialists have insisted time and again on the importance of leaving home only when necessary, maintaining physical distancing and avoiding social interaction―despite the inevitable lines―, using the mask correctly, and disinfecting hands and surfaces to prevent possible infection with SARS-CoV-2.

They also decided to emphasize the quality of active screenings in the communities and compliance with the protocols issued for state centers and medical institutions, in particular in the event of respiratory infections and suspected cases of COVID-19, due to the detection of non-compliance and violations of the regulations, relaxation and lack of demanding attitude by administrators and health personnel. In addition, hospital capacities and isolation centers were expanded, due to the increase in the number of patients and suspects, and the disinfection of streets and other public spaces was resumed in the most complicated areas of the city.

Similarly, control actions have multiplied, with the fining of violators of the provisions and, even, the opening of legal processes for crimes such as the spread of epidemics.

However, for many, like Miguel, this is not enough. This retiree from Cerro thinks it’s necessary to go beyond the warnings and being “firm” not only with repeat offenders but with everyone who fails to comply with what has been established. This is what he told OnCuba a few days after Havana’s reversal to the epidemic phase, and he still believes so, weeks later, because, in his opinion, “people haven’t learned their lesson.”

It seems “inconceivable” to Miguel that there are still so many Havanans on the streets, so many cars moving from one place to another, and even street vendors and people sitting in parks and on street corners. He says that, with the passage of Tropical Storm Laura, “people immediately stayed home, but again many are walking around like nothing. I really don’t understand,” he concluded.

The retiree understands that “it’s necessary to go out to resolve, especially food, which is difficult.” He does it himself when his daughter can’t, “because she has continued to work with the pandemic.” That is why he takes care of the daily purchases: bread, the market, “what comes in from the ration book” at the store and the butcher shop. He even stands in the odd lines at the shopping centers, “which have improved somewhat with the measures against the people who stand on line to later sell their places (coleros) and the state organizers there are now.”

“But that is one thing and quite another is walking around, or going to parties and visiting,” he said. “I myself don’t know how long it’s been since I last saw my sister, who lives right there in Centro Habana. I could go walking and see how she’s doing, which I would like very much, but that would be very irresponsible of me. What if I get infected there, because the virus is everywhere, or, worse, I infect her?” he wonders. “But a lot of people don’t seem to realize that, or just don’t care. They have lost their fear of the pandemic, and now with the vaccine even more so, and if the government and the police don’t act, COVID is never going to leave here.”

At the beginning of the coronavirus crisis, some Ciego de Ávila municipalities made national headlines. Especially Florencia, where a local transmission event generated controversy. Another event, that of Turiguanó, led to a 73-day-long quarantine for that municipality, the longest in Cuba during this crisis.

After that, the province was able to have more than three months without contagions and got to phase three of the de-escalation.

Until the fresh outbreak. In the last seven days, 15 positive cases have been detected in Ciego de Ávila, out of a total of 111 (three people died from the disease).

Despite the fact that the school year resumed on September 1, uncertainty is an important marker of everyday life in Ciego de Ávila, given the high proportion of suspicious and asymptomatic people registered.

“This uncertainty will remain as long as it’s not possible to connect the index cases of the five active sources with a proven source of contagion,” says the newspaper Invasor. The local media warns that “the first patients in Venezuela (case 97, August 25), Majagua (case 104, August 30) and the three from Ciego de Ávila from September 1 (cases 108, 109 and 110), don’t know where or how they were infected and that, dear readers, is extremely dangerous.” It also concludes that the outbreak “is more the result of recklessness than of fate.”

Esther, a resident of the main municipality, says that very seldom did she stop seeing people passing through Ciego de Avila’s portals at all hours, especially in the “center of town.”

As a health professional (pharmacist and teacher), she has been working in the screenings since the beginning of the pandemic. She says it was stressful. “The ever-present concern of exposing yourself to contagion. Besides, the only one who could go out in my house was me.” For her, the worst part was the lines in the stores: “People were like in a mass hysteria,” she said.

To avoid the crowds in front of the stores, the province made the decision to carry out the sales of basic food products (in CUC) distributed by People’s Councils. This meant that each person of the people’s council had a designated day and time to go shopping, upon presentation of identity documents, for products such as cooking oil and chicken. If a person couldn’t go on that specific day and time, they lost their opportunity to buy.

“When we went to phase one, the shortages of everything began, especially the basic need products. Fundamentally toiletries,” says Esther. Despite everything, she prefers to see the positive side and look for alternatives. She joined several WhatsApp groups, including one of Cuban recipes, in which she found out how to lengthen the laundry detergent. “I made soap and scouring paste too,” she says, sharing the photo of the recipe and the result.

Having her two children at home gave her peace of mind, but the teleclasses created problems for her. “When I was working, I couldn’t be with them in front of the television and they were left with doubts. The smallest above all. Having two children at different levels of education was doubly difficult. The big one lost the rhythm he had to prepare for the university entrance exams and became unmotivated.” She adds that the coursework is methodologically well thought out, but she finds it difficult. “I can’t imagine other parents who don’t have internet or don’t have schooling to understand or simply the dynamics of life absorbs all the time, patience and attention they would devote to their children.”

Esther maintains that the most difficult situation she faces “is with food. There isn’t any. And what there is, has exorbitant prices.” She also refers to a very critical situation with medicines.

“My concerns are those of the present: the beginning of the classes, the compliance in real life of the hygienic conditions, according to the indications, the objective reality like food and toiletries. And that my parents don’t get sick,” she concluded.

Esther hopes to celebrate her 47th birthday, next November, in a pandemic- and quarantine-free Ciego de Ávila. Her concerns and dreams are those of a great many Cubans…