During this phase, the study on the prevalence and incidence of SARS-CoV-2 infection will consider 280 families from the capital’s fifteen municipalities. 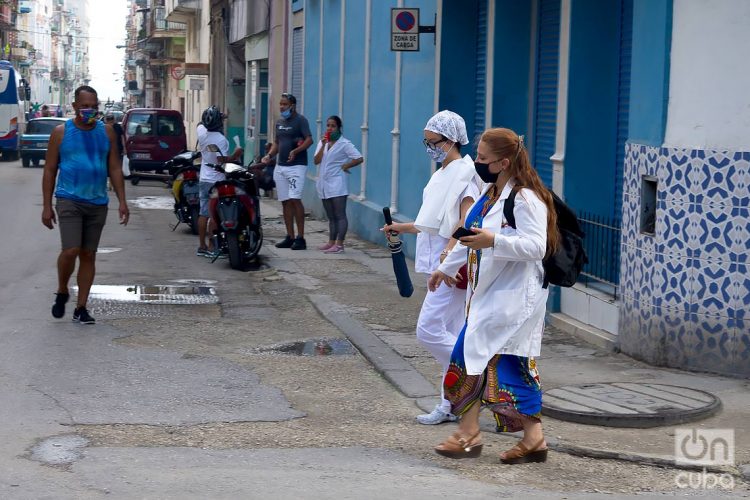 The second phase of an ongoing population study in Cuba to detect possible contagions with the coronavirus began this Monday in Havana, the island’s media reported.

During this phase, the study on the prevalence and incidence of SARS-CoV-2 infection will consider 280 families from the capital’s fifteen municipalities.

Its objectives “include estimating the immune response to accumulated incidents according to the main demographic characteristics, the degree to which asymptomatic individuals with infections prevail in the country, and identifying the most important risks of contracting the disease,” Tribuna de La Habana explained.

Dr. Nilda Roca, Provincial Deputy Director of Health, told the publication that 971 people will participate in this phase, “the same population universe as the previous stage, belonging to 56 family doctor offices.”

According to the official, in the first phase “PCR tests were done using a nasopharyngeal swab, but at this stage IGG tests will be made from blood samples, then subjected to examination in laboratories with the Ultra Micro Analytical System (SUMA).” This will allow examining the tests in the municipalities themselves and in the Provincial Hygiene Center.

“Through this test it will be possible to confirm that we are in the presence or not of a patient with a viral disease,” said Dr. Roca, who called on the population involved to “actively participate and maintain the necessary cooperation before the arrival of the screening team,” according to Tribuna.

The population study to detect possible cases of coronavirus began on May 12 and is expected to conclude on July 24, after conducting three phases of testing.

It is being carried out in localities throughout the island and as part of it, until June 11, 3,850 PCR tests had been carried out on representative populations. As a result of these tests, only four SARS-CoV-2 positive cases were detected, two of them in municipalities that had no previously confirmed cases: Mantua, in Pinar del Río, and Manatí, in Las Tunas, according to Dr. Francisco Durán, director of epidemiology of the Cuban Ministry of Public Health.

Cuba reported 10 new coronavirus infections this Sunday, nine of them in Havana, and did not register deaths from COVID-19 for the third consecutive day.

Thus, the number of positive cases detected on the island amounted to 2,248, of which 1,196 are from the Cuban capital, while the deaths remain at 84. In addition, 25 discharges were given, with which there are already 1,948 recovered patients.