The great Cuban star will be honored this Tuesday at the Martí Theater in Havana, in a ceremony that will be broadcast live on National Television and Cuban Radio, the island’s Ministry of Culture explained in a statement. 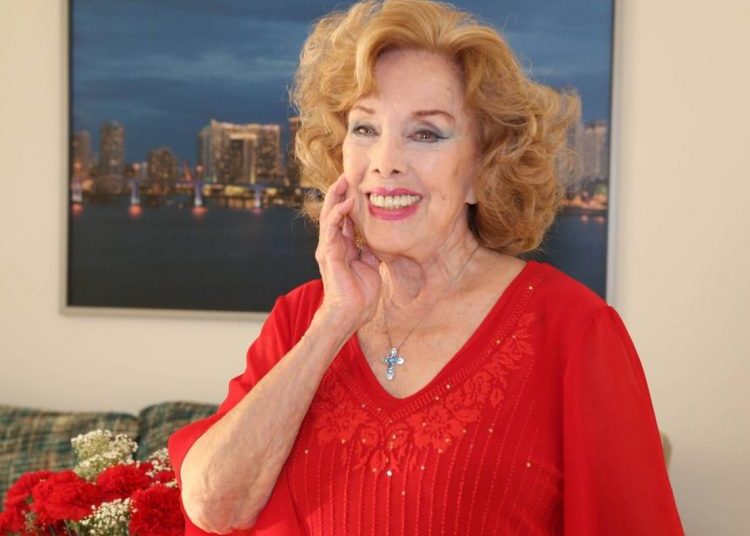 The remains of the great Cuban star Rosita Fornés are already in Cuba, confirmed this Monday Cuban Deputy Minister of Culture Fernando Rojas, quoted by the official newspaper Granma.

“The coffin of the great artist and her relatives arrived in Havana,” Rojas wrote this morning in his official profile on the Twitter network.

For its part, the Cuban Ministry of Culture (MINCULT) published on Facebook that “all the procedures for the transfer of the remains of the great artist have been completed and the conditions have been created to pay her the tribute she deserves.”

In an official note it is explained that Fornés’ last wish was “to rest eternally among us, in the family vault of Havana’s Colón Cemetery.”

The funeral of the prominent Cuban artist will take place this Tuesday at Havana’s Martí Theater, a ceremony that will be broadcast live on National Television and Cuban Radio, the statement said.

“All the essential sanitary measures have been taken to guarantee the most dignified farewell to our National Prize for Theater, Music and Television,” it points out.

Starting 10:30 a.m. the doors of the Martí Theater will be opened, along Zulueta Street, in Old Havana, for the public to enter the installation to say goodbye to Rosita Fornés.

The MINCULT asks those attending the ceremony to keep the distance, use the established means of protection and, once it inside the theater, to move without interruptions.

The public funeral services will end at 2:00 p.m., to give time to friends, cultural personalities and social organizations to say goodbye to the outstanding Cuban singer and actress.

An hour later, the funeral procession will depart from the Martí Theater and will transit through Prado, Malecón and 23 streets to the entrance of the Havana cemetery on 12th Street.

The statement summons the people to bid farewell to the Cuban star along this route, because “the ceremony at Colón Cemetery will be private.”

The MINCULT also requested that the applause the Cuban people give each night to health workers, also be dedicated to the great Cuban artist, who died in the early hours of last Wednesday.

“That applause from all Cubans, which will be promoted at 9:00 at night by our television, will be the opportunity for a popular tribute in which we will all participate, given the impossibility of participating massively in the ceremony at the Martí Theater,” the official statement explained.

In addition, since this morning dozens of Cubans have deposited flowers on the portal of the Alicia Alonso Grand Theater of Havana, the scene of many of Fornés’ performances.