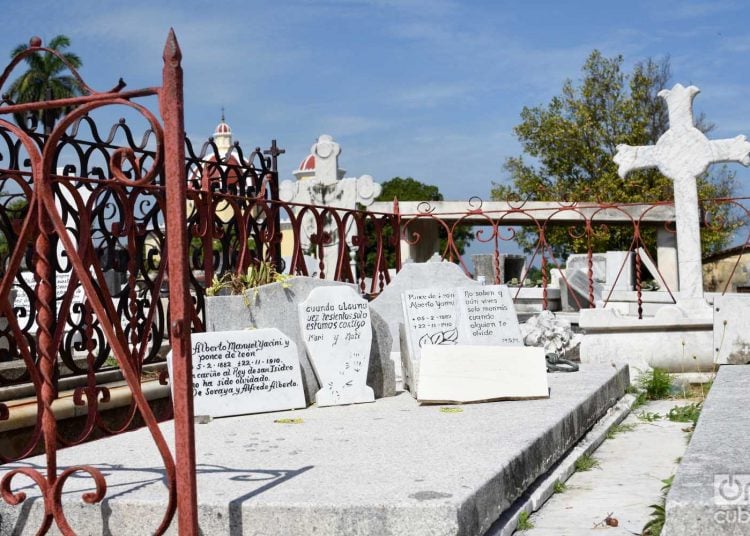 Beloved friends, today we begin these cordial encounters. Since nothing is impossible for the imagination, we will take a spectacular leap in time, to the Cuba of exactly a century and ten years ago.

Let us thus set out on this journey of fantasy, to the year of our lord 1910.

General José Miguel Gómez was governing—or rather misgoverning—, a character who, despite having a relevant Mambí career, left behind an unhappy memory during the exercise of the presidency.

José Miguel Gómez, who was in office during that 1910 to which we have traveled, also had his nickname. For the blatant looting of the treasury they called him “Tiburón.” Yes, it was the liberal mayhem, personified in “La Chambelona.”

By then, Halley’s Comet is going to soar through the skies and alarmist voices warn that its incendiary gases will scorch our planet. Everyone knows how unruly the kids from the University have been. Disrespectful. Irreverent. Even with governments.

The comet was not spared the impudence carried out by those mischievous young people. They met in Havana’s Parque Central, accompanied by some Palmita rum, and, quite tipsy, they dedicated a thunderous raspberry to the comet.

In that year the western region of Cuba was particularly punished. A record-breaking hurricane hit that region, the so-called “Seven-Day Cyclone.” In the city of Pinar del Río, in the old infantry barracks, thirty boxes of dynamite exploded, with a toll of fifty-nine dead and hundreds of wounded.

Ah, but not everything was gloomy in those days. In 1910, for Cuban poetry, José Lezama Lima, Ángel Augier and Emilio Ballagas were born. In addition, José Urfé gave us, with “El bombín de Barreto,” the first danzón in three parts.

Due to a political imbroglio, two members of the Mambí liberation army in Congress participated in an irregular duel: General Sánchez Figueras and Colonel Moleón, in a corner of Old Havana. During the duel, Figueras yells: “No one can beat me!” The result: a dead Moleón; Figueras seriously injured. In short, the two contenders, as in the classic Cuban musical piece, were beaten.

Another famous duel in 1910 was carried out by Alberto Yarini, “El Gallo de San Isidro.” (Quite a case: “a pretty white,” from a wealthy and professional family, a demagogue politician, a brave handsome man and a pimp.) His contender: a colleague of his, a French pimp. The motive? Well, a gorgeous French prostitute whom they called “La Petite Bertha.” Both end up dead and the incident leads to a bloody war between French and Cuban pimps.

Another duel of that year is remembered, but with the peculiarity that it never took place. Matanzas journalist Emilio Bobadilla, who used to sign as “Fray Candil,” was called “the terrorist of the press” due to his acid criticism.

So, it is not surprising that he spent his life contending in what they called “the field of honor.” Bobadilla was as skilled with knives as with firearms. That is, he had sort of a private cemetery.

Bobadilla was in a Havana bar when he was challenged by a certain young man, eager for notoriety. Yes, to proclaim on every corner: “I had a duel with Fray Candil.” The journalist looked at him with utter contempt, and said: “Look here, stupid, I’m not going to fight with you. I usually choose my victims…but you aren’t worth it!”

While such a hilarious event was taking place, a song by an unknown author was becoming popular: “In Manzanillo they dance the son….”

What else was happening in Cuba?

The first aviation flight is witnessed, starring a Frenchman, who ends up bruised in a bush, from where the athlete who was called “El Andarín Carvajal” rescues him.

Political life is not exactly a lesson in morals, and Dr. Lanuza, an honest congressman, when told that there is a quorum in the House, shouts: “What a disgrace! With the damage those people do when they get together!”

Other memorable incidents in Cuba one hundred and ten years ago? Ah, well, boxing started becoming popular in the country and… what a coincidence, Eligio Sardiñas, “Kid Chocolate,” was born in El Cerro. He would go on to wear the world belt in two divisions.

There are bullfights in Luyanó.

Meanwhile, the musician and insurgent fighter Luis Casas Romero, author of “El Mambí,” presents the first three pieces of the “Cuban-born” genre, all with women’s names: “Carmela,” “Hortensia” and “Dolores.”

The literary pages exude the worst of domestic modernism. Any star poet turns his mulatto girlfriend from the Belén neighborhood into “a blonde Persian princess of glorious stock” [sic].

Friends all: today, dusting off old papers as well as our neurons, we remember the days when the first plane was seen flying here, the university kids making fun of Halley’s Comet and “El Gallo de San Isidro” being shot.

We shall soon meet again. Overcoming the borders of time, we will undertake another journey to the Cuba of yesterday.