Cuban filmmakers Fernando Pérez, Luis Alberto García and Claudia Calviño offered OnCuba their assessments of what happened since 27-N and agreed on the need for a broad, respectful and inclusive dialogue that contributes to the construction of a better Cuba. 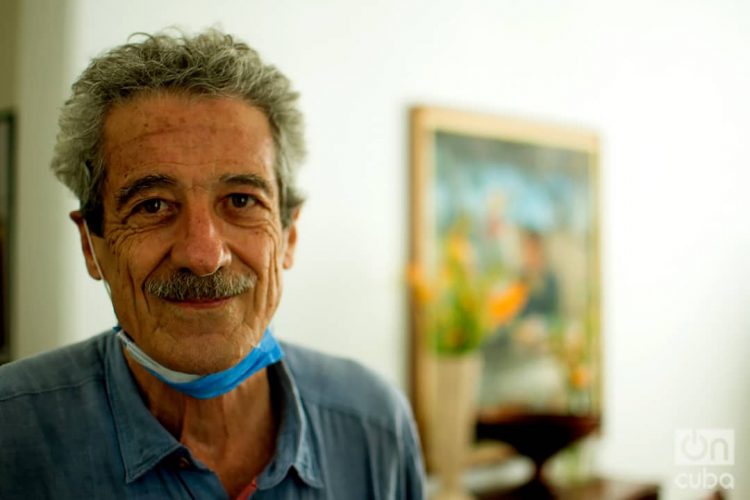 More than a week after the concentration of Cuban artists and intellectuals, mostly young, on November 27 (27-N) in front of the Ministry of Culture (MINCULT), and the meeting ―until the early hours of the 28th―of a group of their representatives with Deputy Minister Fernando Rojas, the replicas and ramifications of that event keep the island, and in particular its artistic community and its cultural fabric, in a telluric tension.

It is a complex scenario, which had as an immediate trigger the events related to the so-called San Isidro Movement (MSI), but which undoubtedly surpasses it in purposes and motives, and germinates in a terrain fertilized by previous debates and contradictions. Since then, a spiral of events and reactions has been generated, ranging from calls for dialogue, to condemnations and denunciations of the other party, not always in an edifying and objective way, in the media and social networks.

In the midst of this rapidly evolving panorama, which has among its most recent seasoning the MINCULT statements after an email received with new demands from those meeting with the deputy minister―or, at least, from a part of them―and that the cultural authorities considered “unacceptable,” and the meeting this Saturday of Minister Alpidio Alonso with young artists and writers and not with the initial group of plaintiffs, OnCuba spoke with three renowned figures of Cuban cinema, who offered their assessments on what happened and agreed on the need for a broad, respectful and inclusive dialogue, consistent with the spirit of 27-N, that contributes to the construction of a better Cuba.

For Fernando Pérez, director of such relevant films as Clandestinos, Suite Habana and Martí, el ojos del canario, who accompanied the representatives of those concentrated in front of the MINCULT in the meeting of November 27 with Fernando Rojas, what happened that day was “a poetic manifestation.”

“I had a feeling that it could be like that and I confirmed it when I arrived. Every day I am more convinced, because I lived it, that what defines that day was its character as a poetic manifestation. Poetic in the sense of sensitivity, of what was being demanded, of what was being asked for, beyond its political significance. I thought there would be a dialogue,” he assured our media.

Regarding what happened on December 4, with the publication of the email with the new demands to the MINCULT and the institution’s refusal to dialogue under those terms, the director of Madagascar and Hello, Hemingway said he did not know a priori the new demands “which I don’t share in their entirety because I think they don’t help the dialogue, but I thought that the most important thing for both parties was that the dialogue take place.”

“That will for dialogue cannot be lost. I don’t know how (I have to be frank) that dialogue is going to be recovered now, the one that started that day, but I will continue participating to see how it can be recovered. I don’t share all their latest demands, but I will continue to insist that they have to be heard, and it will come to that. It cannot be delayed any longer. You cannot continue to accumulate non-dialogue. It’s necessary to listen,” he emphasized.

Meanwhile, producer Claudia Calviño, known for her work in films such as Juan de los Muertos, Santa y Andrés and Yuli, who was at the MINCULT on 27-N, maintains that “those of us who were there arrived individually, for reasons that I think are also individual. If there was something that seemed to unify the reason for all those people to be there, it was the feeling that it was necessary to do something, to find a way to say that we don’t agree with the way in which the authorities understand that artistic creation should be controlled and, in general, individual thought and expression.”

“I believe that, beyond what each person thinks―and I defend that each one thinks as they wish, as long as the expression of that thought does not attack or detract from the rights of other people―what is being asked for is inclusion, tolerance, respect, diversity, non-violence and dialogue. That’s why the answer cannot be at the level of slogans, labels, defamations and attitudes that only denigrate and seek to remove the most interesting part of what happened. Those of us who were there were there because we care about our country, because we want a better country.

“So how can such a praiseworthy intention be denigrated?” she said to OnCuba. “How can a commitment like that have a violent response? Because it has happened, perhaps not physical in most of us who were there that night, of those who entered into a dialogue―who are not even a homogeneous group, but the representatives elected by those who were outside, and who were not there with a single idea―, but verbal, moral. Why can a representative of the Cuban government sit down to talk, to debate, to negotiate, to try to reach agreements with the U.S. government, as happened when Obama, no matter how different their positions and ideas are? How is it possible that the same thing cannot be done here in Cuba? I can’t understand it.

“Someone in the leadership of the country would have to realize that, in this way, what they are doing is pushing people out. If I tell you 15 times that you don’t have a space, if for thinking differently the doors are closed, at some point you come to believe that you really don’t have a space and you are going to leave. And where are we going to get along that road?” Calviño wondered.

For his part, prominent actor Luis Alberto García, who has played numerous characters in Cuban cinema and television, was outside of Havana when the MINCULT events occurred, although he supported the demand for dialogue through social networks. García maintains that “what is happening right now is pitifully confusing. There are several things at stake and many trends, but the main thing, what many people are asking for, many young people, including me, is that there be communication, that there be dialogue, a true, respectful dialogue, even if it is uncomfortable.”

“You have to bet on dialogue and not on confrontation, on love and not on hatred,” he commented to OnCuba. “I believe that if someone commits a crime, plants a bomb, goes out to kill someone, spreads an epidemic, takes up arms, gives information to a foreign power, that is a crime in Cuba and anywhere in the world. Now, for thinking differently and expressing it, one should not suffer reprisals. For having a slightly contrary opinion, moderately contrary or openly contrary, one should not suffer harassment, or go to prison, or be condemned to live a non-life, or be almost forced to leave the country where one was born and in which one lives.

“As a nation, as a people, we should be educated in dialogue, in accepting that we are not all the same, that those who are different can have their own ideas and that it’s possible to dialogue with them, exchange opinions. Maybe a consensus will be reached, maybe not, but as long as what is being handled are ideas, I don’t see why it is necessary to go from ideas to violence.

“In social networks, for example, I very often see that someone who does not think the same as you or who does not agree with you, instead of using arguments, uses insulting epithets, offenses, dirty words, mockery, bulling, ignorance. That for me is inadmissible and I don’t understand it. And the worst thing is that I’m seeing it from both the left and the right. How awful! I think that when someone resorts to that it is because they have run out of arguments or don’t know how to defend theirs.

“I would like all parties to really set out to think as a nation. In mine, in the nation that I would want, I who am not a politician, but a simple actor, in it there would be a place for everyone, or at least all those who bet on dialogue and not on violence,” García concluded.