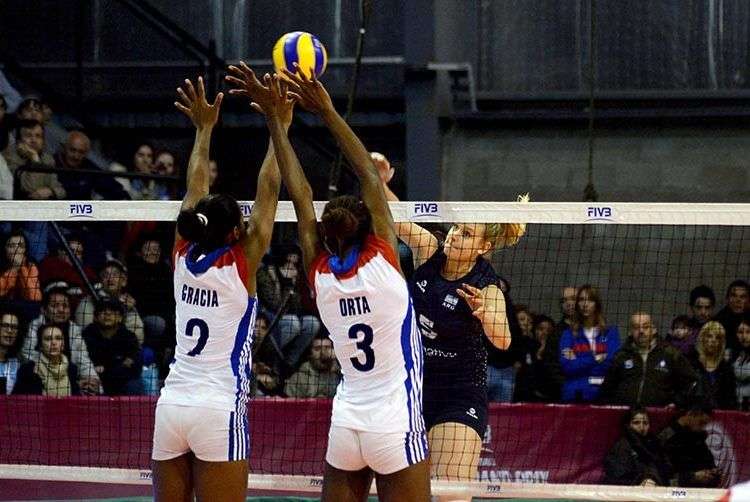 Some years ago , unfortunately too long ago, Cuba women´s was among the best volleyball teams in the world, a squad that commanded respect on the court and always kept its audience euphoric. That was years ago, not enough to forget it, but necessary to understand that we cannot live on such memories, no matter how beautiful they might be.

When that generation of unremitting legionaries disappeared, and the next and the next … the second, third and even fourth figures stayed in Cuba, sprayed by the talent of some girls that took the burden of maintaining, or tried, some decorum in their international presentations.

Then the setbacks, the deep dive, the dismissal and renovations in override came. Also came the worst moments of volleyball in the country: having hit the top we went back to the floor, clothed only by the sound of our impact.

So nobody was amazed that in the second level of the Grand Prix Volleyball 2014 the Cuban girls, with one win in nine presentations, finalized in the basement, away from those positions that kept alive the passion for the sport and rose from their seats millions of their countrymen.

Just five points the disciples of Gala got, at the expense of beating Canada (3-0) and two defeats in five sets. But who can we complain to? To those girls in the youth category that fought with experienced women? To a Melissa Vargas, 14, who has dazzled the world? To second-rate players who needed to take over the vacancies?
No. For this team, who anchored eighth in the Grand Prix, there can be no blame. For these girls we cannot have other requirements that for them to play as well as their talent and strength allow them, as far as their competitive ceiling is, which, as we saw, has fallen rapidly.

But this 2014 has been a year of fiascos in volleyball for seniors: boys won the third level of the World League and thus secured the position 21 of the lid and its worst performance in history; now, the ladies finished eighth in the second level and culminate in the seat 20 of the Grand Prix.

However, amid the debacle, juveniles inoculated some fresh air into the lungs of the fans: Silver in the NORCECA Women’s U20, gold at the U21 NORCECA Men. And, as a curiosity, in both teams many of the athletes who participated in the highest international competitions, repeated.

How do we explain the different results in each other competitions? It’s simple, our two national teams have required the services of a generation that has been brought ahead of its logical evolution, a group of young people that has been driven at the highest level when they still need several years of play to polish deficiencies, build a team and achieve sporting expertise.

When Melissa and her teammates got silver in Guatemala we understood they had quality, but then played in their category, with rivals of the same size and similar experience. That´s why, now that they finished eighth in the higher level, they should be measured with the same argument: these rivals are out of reach, the Grand Prix is not a youth contest and to win a mature workforce is needed, one that does not depend on a 14 year old girl.

To the Cubans we can just ask them to play their matches in earnest and enjoy the little joys that can give us, because this group of youth and those second-level figures rescued is impossible to foist the fiascos of volleyball in the last year.

To the volleyball women in Cuba, charged with the responsibility to pull the cart of past glories, we cannot demand much in the Grand Prix. Request them to win there would be to ignore the actual conditions of a team that no longer has the magic of Eugenio and only fits the color of those Morenas; a decimated team that has incorporated urgently half-built players to cover the absence of star.