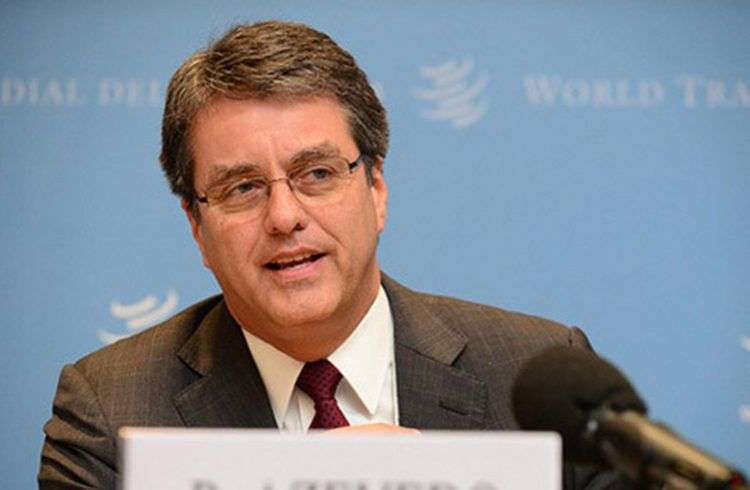 The director general of the World Trade Organization (WTO), Roberto Azevedo, stressed Cuba´s conditions to enter the international trading system, based on the new Law on Foreign Investment and Special Development Zone Mariel.

Azevedo culminated Wednesday a brief visit to the island, on his first tour of the Caribbean after his official appointment, reports Granma newspaper. “Cuba was a natural candidate” in this trip. “It’s a very important member of the WTO,” said the representative, who also visited Mexico and El Salvador.

The former Brazilian diplomat and first Latin American director of the WTO, spoke in an interview with Granma and Prensa Latina on the importance of the external component in the development programs of nations in a global context characterized by interfacing with production chains.

According to Azevedo, “the insertion in international trade in the global economy, doesn’t have a single recipe for all. Each country has its peculiarities, its challenges. They are all different, and each has to find its formula, its recipe to integrate into the system in a way that promotes economic growth and social development. ”

Cuba is exploring ways to attach to the process, said the Director General of the WTO, stressing the search for alternatives by the Caribbean country to participate in investment flows. “There is need to attract foreign investors, and I think that Cuba is now in the process of finding its recipe,” he said.

In his statements to the Cuban press, Roberto Azevedo advocated for the “overcoming political, geopolitical tensions, leading to restrictive measures,” referring to the United States blockade against Cuba. “To the extent that we can advance with dialogue, we can move in the direction of normalization, it is always a better way, “he said.

As part of his agenda in the island, Azevedo met with representatives of the Regulatory Office of the Special Development Zone Mariel; and held further meetings with Vice President of the Council of Ministers, Ricardo Cabrisas, the head of the Ministry of Foreign Trade and Foreign Investment (MINCEX), Rodrigo Malmierca, and Deputy Foreign Minister Abelardo Moreno.