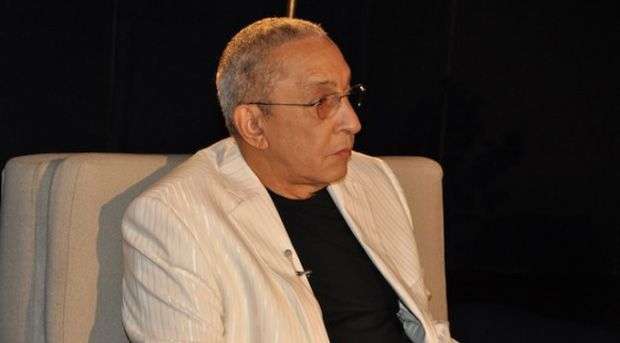 The realization of a new Gala against Homophobia that integrates leading figures of impersonation in Cuba along with other renowned artists, including the most iconic dance band in the country, Los Van Van, promises to be a unique event next weekend.

The teacher Juan Formell, director of the legendary salsa group, agreed in the midst of preparations to tell us about the significance of this important cultural event that will take place next Saturday at the main Cuban stage, the Karl Marx Theater.

His views on cross-dressing, the importance of addressing sexism and discrimination against lesbian, gay, bisexual and transgender people, both in everyday life and in popular music, are a significant contribution to the VI Cuban Day against Homophobia that takes place throughout the month of May.

Master, how was the idea of your participating in the Gala born? How did the band members take it?

Carlos Rey, the director of the Gala, and Mariela Castro, raised this, and then … We are sensitive to the idea of ​​providing our contribution against homophobia.

In the part that touches us, there are many people doing any kind of work, and they may be gay, I think that the whole world has been blurred…

I’ve had enough contact with people who do cross-dressing, and are actors, undoubtedly. This is a practice that for me comes from the Chinese theater, when men had to dress as a woman to act, because women were not allowed to do it. And I think they are very good actors.

I support that we can do a show like that, and the musicians immediately embraced it with love.

Cross-dressing in our country has a long tradition from past centuries how is this artistic expression inserted in contemporary Cuban culture?

From this kind of show, a show mixed not only cross-dressing, but comprehensive. A cross-dressing artist with his art, his work, can integrate any kind of show. That’s what I think we should get, without any rejection, because then we would be in favor of homophobia.

That’s why we gladly agreed to make it a comprehensive show, and in the future, hopefully other bands, other artists, think of it that way.

Unfortunately, the lyrics of popular Cuban music have often been sexist, homophobic in some cases. How do you value it from your perspective as an author?

Historically machismo has prevailed in this kind of music, because the men have usually been the ones making it. And even, not only against gay people, but also against women.

In that we have gained a little. For example, when Jenny came, the girl who sings with us in the orchestra, people said oh, a woman! I felt a lot of rejection, until people got used to seeing Van Van with a woman…

Rejection? From the public …?

Yes, from lots of them. They thought her weird, rejected her, when she sang they did not support her, but started to have hits with my own compositions and from orchestra members, and she went so high up that right now we close the show with Jenny …

The Anacaonas in the last two or three years have had a fantastic recovery, the Caribbean Girls …, there are plenty of girls who are making music, and this has been loosening the situation a little and since people have been accustomed to seeing the women in Cuban popular music.

Women also when they do a write a song, then it is the other way around, sometimes she’s the one attacking the man, but that task is part of popular mentality, historically Cubans have always been so, but it is a joke, not a social fact that is difficult to manage.

Homophobia is another thing, is more complex. And yes, I think we’re going to convince the general public that they have as much right as any human being, provided it is good music, a worthy show…

They are called cross-dressers because that art many of them do it well, others do not, but there are many who are great actors … I see them that way, it’s not a man who dressed like woman and began to sing, they are actors, very good actors. And in the future, we will try our opening this road-Van Van historically has opened many paths, is that they become part of comprehensive performances.

Van Van has made social chronicle of Cuban daily life for decades? Would Van Van ever have lyrics about a gay, or trans, or lesbian that dignify these people?

It is not the best single, we would say, but Jorge Diaz, humorist, along with Cucurucho, the pianist, made a song that is on the CD Arrasando called The Princess, a man that stops a woman on the street … although this not exactly what I had wanted.

But yes, it is in our plans to issues of this kind, always joking, because I’m not going to raise and deliver a speech, or compel anyone to make of this a preference.

The important thing is that they are part of society that are integrating it, little by little, there are marriages and … and see this as a normal thing, natural, without having any ugly thing, rejection or discrimination.