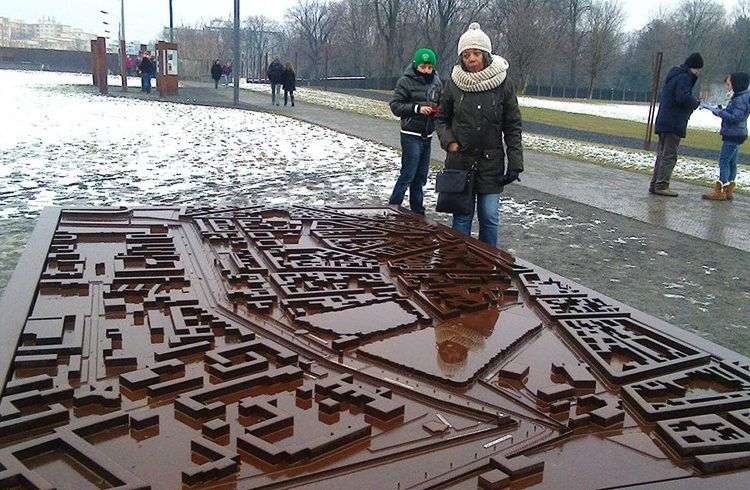 She had just turned 10 years old, when on August 13, 1961 the Berlin Wall was built. In just 24 hours hundreds of miles of physical barrier rose, with the intention, it was said, to avoid Western aggression. Esmeralda was five years old and was living in Hamburg with her family. Born in Havana, but a work contract of her musician father would take them to Europe.

News about the construction works made them remain in front of that TV. The success of Cuba Chachachá Orchestra, a group directed by his father, had allowed them to be one of the first families to have television in Germany, when perhaps they were the only Cubans living in that country.

Kuba was the brand name of that device, of course in black and white, every day shared distressing news about the ban, now converted into a wall, held by citizens of East Berlin and the GDR to cross into enemy territory: RFA. The context of the “cold war” always was a threat of a third contest of international scope. Germany had been devastated in World War II; constructive recovery was almost immediate, but the psychological and moral would take longer. They knew it.

Outside in the streets, a marked concern about the impending estrangement from families on both sides of the border was felt. The ability to lose touch with loved ones consumed people.

Inside her family tensions and fears breathed. Suspicion of being a Communist in the German Federal Republic made ​​them try to go unnoticed. At the time, when people asked them Woher kommst du? They introduced themselves as South American and later as Caribbean, to avoid excessive questions or retaliation. By the nineties, after the wall fell, they openly did it as Cubans.

She tells us that once she was in a village near the border between the two Germanys, she could feel the fear inspired by socialist soldiers patrolling the place. The possibility of having an unpleasant incident weighed on the lives of these people.

The only time that coming from Cuba became an advantage was when she crossed the RDA in a vehicle. Military took her away from the other passengers, all federal Germans, who were interrogated with premeditation; she was awarded the benefit from coming from the island.

A plate in remembrance of those who died crossing the Berlin Wall / Photo courtesy of the interviewee.

Another time she had to renew his passport at the Cuban embassy in East Berlin since in West Germany there was no longer a Cuban consulate. This procedure involved going through the Charlie Check Point, one of the seven border crossings between the two countries. That experience was humiliating, she recalls.

At the end of September 1989 began the incidents on the border with Hungary and East Germany and in the German embassy in Budapest. Hundreds of people came looking for asylum to the Hungarian capital. Esmeralda was not aware of it, so she was surprised by the headlines: Berlin ist wieder Berlin. Die Mauer ist weg (Berlin is Berlin again. The Wall is not there already). On November 9, 1989 Emerald wept profusely. Choked her feelings: joy at the reunion of the German people after 28 years of separation and uncertainty about the future of the Cubans who were on the other side of the border. What would happen to the socialist bloc? And with Cuba? What would happen to the Germans in the GDR? These were the questions that plagued her when she saw the Berlin Wall fall.

With the reunification of Germany on October 3, 1990, then Cubans started arriving in Frankfurt. Some had gone to work or study in the GDR and now decided to move to the RFA.

In the context of the opening of tourism in Cuba and the economic crisis, the presence of people on the island increased. Also the music, dance and Cuban holidays arrived. Then Esmeralda began to be less lonely, now in a unified Germany.