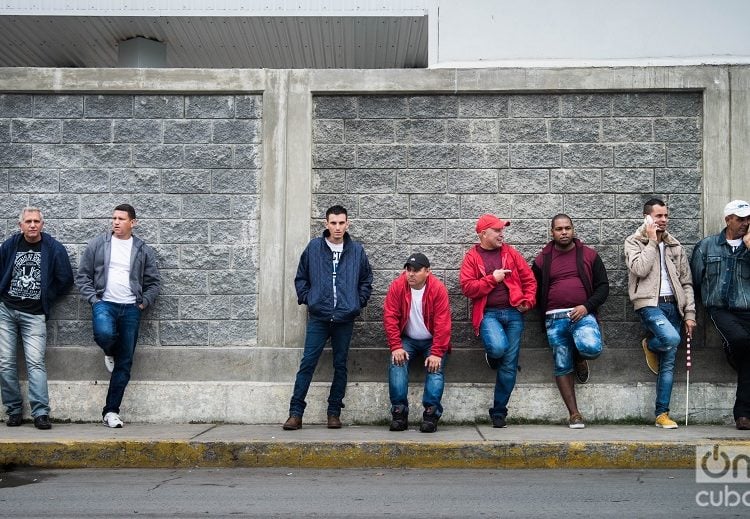 The Mexican government rectified what was said only a few days ago by Enrique Rivas Cuéllar, the mayor of Nuevo Laredo: the Cubans who remain in the city bordering the United States will be able to regularize their migratory status in Mexico, but will not be given political asylum.

On its Facebook page, the National Institute of Migration (INM) announced that it “has provided all the facilities for that group of foreigners of Cuban origin to obtain their condition of stay in the country for humanitarian reasons with permission to carry out remunerated activities.”

However, the note specifies that “at no time have they been given the condition of political refugee or exile since they do not face any type of persecution.”

The INM confirmed the intention of regularizing the 588 Cubans who entered Mexico through Tapachula, in the state of Chiapas. However, other sources have estimated at more than 1,000 the number of immigrants from the island concentrated in Nuevo Laredo.

To get there, the Cubans received a document known as official letter of exit that grants them a period of 20 days to cross and leave Mexican territory or initiate a process of legalization.

The Migration Law authorizes the INM to regularize, in some cases, foreign citizens who are in Mexican soil and express their interest in temporarily or permanently residing there.

The end of the “wet foot/dry foot” policy by the Obama administration left in a legal limbo hundreds of Cubans who were in Mexico and other countries in the region with the idea of entering the United States.

According to Rivas, the Cubans stranded in Nuevo Laredo could request political asylum as an alternative to resolve their situation. The director of the Tamaulipeco Institute for Migrants, José Martín Carmona, at the time offered aid to the Cubans in case they decided to travel to other states waiting for their legalization.

The INM note insists on the Mexican authorities’ commitment to provide “respectful, dignified and humane treatment” to the immigrants, but does not offer a definitive solution: the condition of stay for humanitarian reasons is a temporary permit. To aspire to permanent residence it is necessary to later apply for a change of migratory status, as long as the established requisites are met.

Some Cuban immigrants have publicly shown concern for their future stay in Mexico. According to El Nuevo Herald, some 300 demonstrated this weekend in Nuevo Laredo to ask President Donald Trump that he allow them to enter the United States.

1. A beggar spends the hours on the border sentry line. He is the first person those who come from the north meet. Photo: Irina Dambrauskas.

A beggar spends the hours on the border sentry line. He is the first person those who come from the north meet. Photo: Irina Dambrauskas.

2. There are already 500 Cubans stranded in the city of Nuevo Laredo. Photo: Irina Dambrauskas.

There are already 500 Cubans stranded in the city of Nuevo Laredo. Photo: Irina Dambrauskas.

3. The imaginary dividing line between the United States and Latin America. The first thing you see on the north side is someone looking through the garbage. On the south side, a beggar. Photo: Irina Dambrauskas.

The imaginary dividing line between the United States and Latin America. The first thing you see on the north side is someone looking through the garbage. On the south side, a beggar. Photo: Irina Dambrauskas.

4. The Rio Grande, which they all want to cross on a one-way trip. Photo: Irina Dambrauskas.

The Rio Grande, which they all want to cross on a one-way trip. Photo: Irina Dambrauskas.

Last week Cuban and Mexican officials assessed the performance of the migratory flow between the two countries. The information made public by the Cuban Foreign Ministry points out that the representatives of both governments reaffirmed the willingness to “carry out joint actions to guarantee a regular, orderly and safe migratory flow between both nations and increase bilateral cooperation in the struggle against the illegal traffic of migrants and of persons.”

In recent months, Mexico and other nations from the region have returned to Cuba more than 200 illegal migrants. Even the U.S. authorities began returning Cubans who irregularly entered their territory.

In Panama, hundreds of Cubans who remain irregularly are welcomed by the Caritas Social Pastoral, despite the one-month ultimatum they were given by Panamanian President Juan Carlos Varela. This Monday, however, Varela announced that the Cubans will be able to continue temporarily in his country, as long as it is in shelters with adequate conditions.

“If the Church is going to keep them in Caritas that they have a shelter with permanent capacities and not in tents in the garden,” the Panamanian president commented, adding that he respected the humanitarian aid given to the migrants by the religious organization.

According to the general director of Migration Panama, Javier Carrillo, after the signing of a migration agreement with Havana last March 2, his government has deported 47 Cubans.