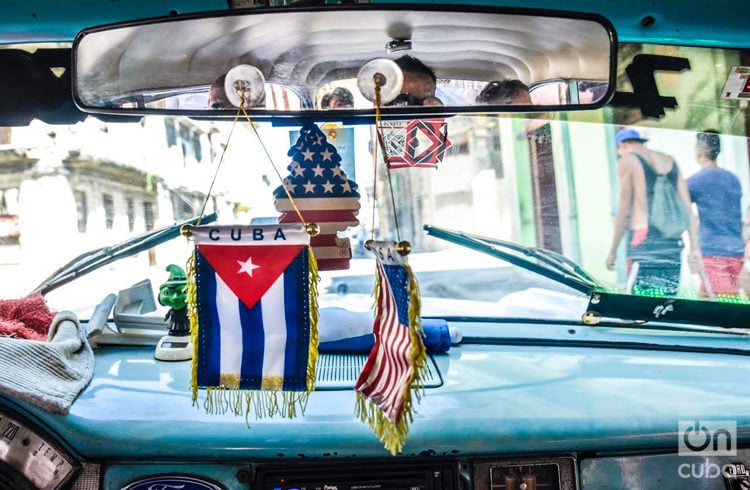 The Cuban and U.S. governments this Monday signed in Havana a memorandum of understanding to “deepen cooperation on complying with the law and the exchange of information.”

The document establishes carrying out technical exchanges on questions of mutual interest and defines the fields where there will be joint work. These include the struggle against terrorism, drug trafficking, the trafficking in persons and cybercrimes.

It was also agreed to collaborate in challenging the smuggling of weapons and explosives, the forging of documents, the trafficking in flora and fauna, money laundering and the forgery of ID and travel documents, among other crimes under the jurisdiction of both countries.

The memorandum was signed by Jeffrey DeLaurentis, chargé d’affaires of the U.S. embassy in Havana, and by Cuban Minister of Interior Vice Admiral Julio César Gandarilla, who recently assumed the post after the death of his predecessor, Division General Carlos Fernández Gondín.

The agreement will allow the exchange of information and experiences between both governments, in addition to coordinating operations and assigning liaison officials to achieve a more fluid bilateral communication.

The text will be in force for two extendable years and the agreed points can be expanded in the future through new working groups. Moreover, follow-up talks are previewed for every six months.

Ben Rhodes, assistant national security advisor to President Barack Obama, considered one of the architects of the rapprochement between the United States and Cuba, traveled to Havana for the signing of the document.

The new memorandum is the 18th between the two countries since the reestablishment of relations and was signed only four days before the inauguration of Donald Trump, who has threatened to revert the policy of rapprochement to the island.

In recent weeks several meetings have been held between representatives of the two nations and they have agreed bilateral instruments, among them a new migration agreement that established the end of the policy known as wet foot, dry foot and the Parole program for Cuban doctors abandoning their missions abroad. We witnessed a close of negotiations between Cuba and the Obama administration. We still have two days left until January 20; new agreements could be announced.

More than 20 agreements between Cuba and the United States