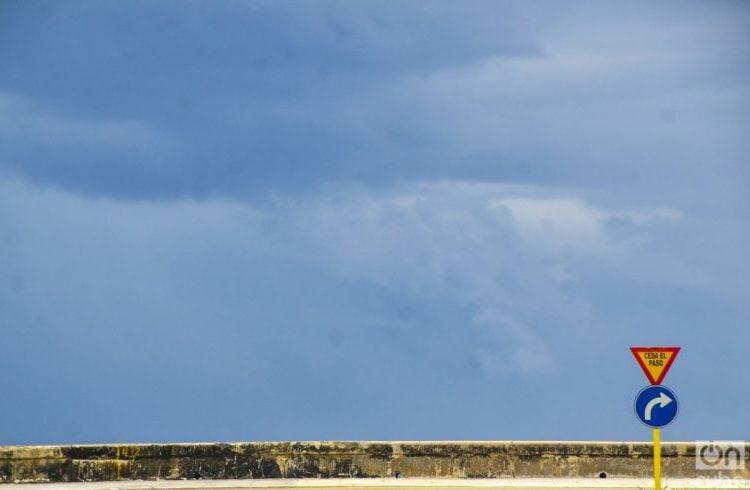 “One of my greatest hopes has just been dashed. The immense joy I felt on December 17, 2014 cannot compare with the immense sadness I have felt now. I can undoubtedly tell you that this is one of the saddest days of my life.”

This is Julio César Hernández Labastida at 11 on the night of last January 12, a few hours after U.S. President Barack Obama announced the end of the “dry foot / wet foot” policy.

While surfing in the WiFi zone of Havana’s La Rampa, Hernández Labastida found the press release with the information. Not believing what he was reading, to make sure the 28-year-old industrial engineer followed his friends’ comments on Facebook.

“I already had plans and the necessary coordination to be in the United States at the latest in March. Of course it would be through the border with Mexico, because getting a visa is impossible: I’ve already tried three times and nothing. Now I don’t know what I’m going to do, I don’t know what’s going to happen.”

Dayron Díaz Jiménez, a 24-year-old self-employed, also saw his plans dashed. “On January 10 I was given a visa to travel to Mexico for 10 years. Less than 48 hours later I found out about that political decision that changed my future. What am I going to do now? I had planned to cross into the U.S. How am I going to recover the money I spent on the paperwork?” he asks himself insisting on the questions as if that were to get him near to some answer.

The news spread like wildfire among Cubans. Lázaro Valdés, a 25-year-old cybernetician, found out through an SMS sent to him by a friend. “My reaction was that of incredulity, of suspicion. Who actually was asking in Cuba for the elimination of the wet foot, dry foot? It seemed as if that was never going to change.”

Engineer in Telecommunications David Rivera Urrutia, 34, has conflicting emotions. Although he considers that the decision “deprives many Cubans of chasing the American dream and achieving an economic improvement,” he understands that “the risks to reach the United States will decrease and, therefore, the unnecessary deaths of emigrants will be reduced.”

On the other side of the Straits of Florida many give a sigh of relief for having evaded in extremis that situation. “I was saved by an inch,” explains Jorge Fernández Germán, who arrived in Florida less than a month ago.

“I’m concerned about the people over there [Cuba]. Many of them are on their way, they have sold their homes, their belongings, everything, and if they are returned they have to start from scratch, and they will surely be in debt up to their necks,” he commented.

The repeal of this measure, which arrived barely eight days before the end of Barack Obama’s presidential term in office, took many by surprise: they consider that the outgoing president got ahead of a decision that was expected Donald Trump would make.

“It didn’t cross my mind that Obama would do that now. Why now, when he had such little time left? Even if they say it is for the best, to me it’s as if the agreement will create more danger for the Cubans: the ones who have made up their minds to leave will do so no matter what. It could happen that the amount will decrease, but the risks, the difficulties and the death of Cubans crossing the border are going to increase,” Díaz Jiménez predicts.

Starting with Donald Trump’s election as president last November 8, many Cubans feared a decision of this type. They based this on the rumors and on the anti-immigrant statements during the New York magnate’s campaign. That’s why some of them decided to step up the trip before next January 20, the date of the new White House occupant’s inauguration.

“The news deeply surprises me. Since the reestablishment of bilateral relations there were comments about the possibility, but we thought it was the U.S. Congress’ faculty to make the decision. Why can the president not do away with the blockade but limits emigration? In what position does he leave us ordinary Cubans?” Cybernetician Valdés Gutiérrez wonders.

Apropos this subject, Arturo López-Levy, a professor of U.S. and Latin American politics of the University of Texas-Rio Grande Valley, said to OnCuba that “it is one more step in the normalization of relations between Cuba and the United States, reaping the results of important negotiation processes that have taken place between the two countries since December 17, 2014. It leaves an important legacy for the Trump administration, which turned the migration issue into the cornerstone of his policy and in the context of the Cuban-American right-wing context of putting an end to the type of emigration that was Cuba in recent years, which is adverse to their regime change program through economic suffocation and implosion.

“It’s a question,” he adds, “of an alignment of political positions, the interest of the Cuban government and that of Obama to culminate the negotiating process and make the U.S. opening to Cuba as irreversible as possible.”

López-Levy considers that it will be “difficult for Trump to undo that annulment because it would not justify his restoring a privileged treatment for Cubans when he has proclaimed an interest in promoting order and coherence in that aspect of U.S. foreign policy. The danger would also come up of causing a migration stampede from Cuba, which the Department of Homeland Security considers a nightmare.

The sudden elimination of the wet foot / dry foot policy can have a notable impact on the migration dynamics between Cuba and its northern neighbor. During the fiscal year of 2015, more than 45,000 Cubans reached U.S. territory. Eighty percent of them did so thanks to that facility.

Despite the numerous difficulties, the tendency toward the increase in the flow had shot up. Suffice it to point out that in 2014 the figure did not surpass the 25,500 and in 2013 it was barely over 13,000 émigrés.

Despite abandoning the island, that enormous mass of population maintained family and economic ties with their country of origin. This is revealed by the 3.354 billion dollars in remittances during 2015 (an all-time record), as is revealed in an article of the U.S. Havana Consulting Group consultancy office. The Cuban economy, which this year contracted 0.9 percent, will thus see how one of its principal means of income is restricted.

Another impact on the economy could be confirmed in the tourist sector, which had in the Cuban Americans one of the market’s most dynamic segments. Of the 3.5 million foreign visitors in 2015, almost 540,000 belonged to that community. The slowdown in the growth of that population – an intrinsic result of the repeal of the wet foot / dry foot policy – could put on ice the expansion of that tourist group on the island.

During 2016, the flow of foreign visitors to the island grew to four million and it is expected that for the upcoming years the figure will continue increasing. The country of origin with the highest increase was the United States, with a hike of 74 percent with respect to the previous year, which translates into the visit of almost 290,000 U.S. citizens in these 12 months.

More than 20 agreements between Cuba and the United States