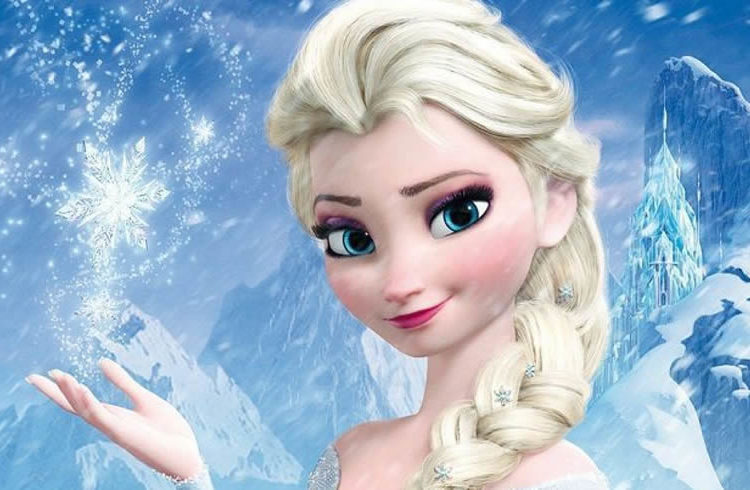 My daughter is eight years old and has eyes like a hawk. She has surprised me dozens of times while we have been walking: Look Mom, an Elsa! Where? Over there! And no one can imagine in what small corner of the surrounding world my little girl can see any sign, silhouette, detail, attempt at looking like Elsa of Arendelle, or of her sister Anna, or of the Olaf snow doll. They have all activated in Sofía a special sensitivity ever since, when she was five, she heard of Walt Disney’s blockbuster, winner of two Oscars and which in a few months became a global icon.

When we at last saw the film, a happy astonishment was awoken in her by the power of Princess Elsa, capable of unleashing with her hands the most intense winters, gusts of frozen fractal, ice palaces…. She spent months trying to emulate her, but she failed. Mom, there’s too much heat in Cuba! she would say, as a way of justifying herself.

Ever since that birth with Frozen I also shared with her the melancholy caused by Princess Anna’s wish for love: “Make me a snowman, come on, let’s play….” That small unruly girl with coffee-color braids moved the soul of my little girl who did not have a sister. And the same happened to me. Never again have we been able to watch that scene without feeling more attached.

Let It Go has been part of our life; it is a very principal song of my family’s sound track. Sofía sings it in Spanish at the top of her voice and she sings it in broken English, knocking herself out and with the same rebellious attitude of Elsa: “The cold never bothered me anyway!”

Let it be understood that I am describing a more than three-year ongoing enchantment that increasingly depends less on the film production. Elsa and Anna have stopped being imperceptible drawings on an electronic screen and they went on to become corporeal through the most diverse and even extravagant supports.

During all this time my small ice princess Sofía accumulated innumerable objects from the film. They got here from here and there; from friends and lovers who know of her devotion: in addition to the dolls – made of fabric, plastic, articulated – an extended universe of Frozen fills our spaces: the characters on posters, costumes, barrettes, soaps, swimsuits, containers, pencils, sheets, books…are part of a multimillion traffic that has no borders in the world and has remained more than any other that I can remember.

A coloring book was the first thing I was able to give her. And by the way it was an untimely incident that still bothers me.

It was summer and because of an unexpected good luck we were in Paris. (The first morning.) When we were about to get on the subway that would take us to the Louvre Museum, that city of Paris of 2015 saturated with Elsas, Annas and Olafs, in full publicity apotheosis, ambushed us.

There, at the entrance, before going down to the subway, in a super crowded kiosk a large-format coloring book was being sold for seven euros. I bought and I sinned. That morning we spent four hours in the Louvre. The walk through the grand palace, the fabulous art gallery, the peak of world art lasted four hours. And there, for four straight hours, Sofía had her eyes set on the Arendelle princesses while I asked her to look up so she could enjoy that fiesta of light. I achieved almost nothing.

On that day, the attempt to enlighten her, my vocation to train her in criticism and the in-depth assessment of the sense of things, seemed like a joke, an authoritarian mother’s farce, a démodé purpose, with no future. Elsa of Arendelle had won and wins every day. The difference is that now I know I can’t be an opponent but rather an ally. As if we tiny parents can hold back our children and avoid that they be turned into meat minced by the big entertainment industry that usually cheapens life?

I am Elsa’s buddy ever since those early days in which I reconfirmed that one of our children, from any part of the world, exposed as they are to fantastic stimuli, use the powerful resources parallel to the family and to the school to create an idea of the world. To avoid that they “be brought up on their own,” as grandmothers used to say, one has to get into “their” film.

That’s why Elsa of Arendelle is today one of my best friends. She has made it possible for Sofía and I to discover together untranslatable phrases of its verses in English; to understand the capricious design of the snowflakes that we still haven’t experienced; to discover the playwriting that organizes the story; to explore the sphere of illusions of love between a man and a woman or, said in another way: to gossip as females.

And, at the height of her warm and friendly personality, Elsa of Arendelle has taken us to the Danish colossal of Hans Christian Anderson and his beautiful and perhaps insurmountable story The Snow Queen, written in 1844 and which served as inspiration for the film. The tender heart of my little princess girl is rooted there, in the text, where the aurora borealis are drawn with precision and the cold and the snow are much more than atrezzo, there where poetry is the best protagonist of the eternal conflict between good and evil; there where the complexity of human relationships makes its way, and not even Disney can prevent it.