julio
in Politics in Cuba
0 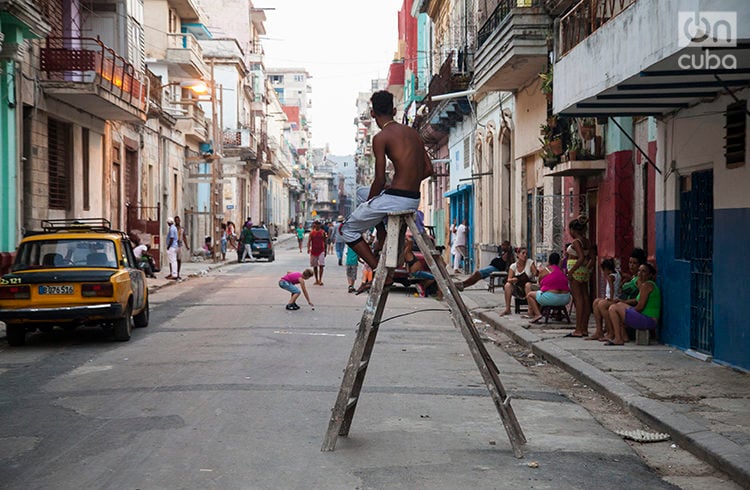 With the world upside down, attacked by diverse types of terrorism, by holy and diabolical wars, by despotic political regimes, by hunger and plagues that devastate entire peoples, with poverty, cataclysms, the melting polar ice, the disappeared islands, what would be relevant about talking of the Cuban electoral system.

But it is our duty to take a deep breath, overlook the terrible event of a man who kills dozens of people in a concert in Las Vegas, as if he were killing flies; facing the sadness caused by seeing those who have lost everything after the passage of Hurricane Irma, or of the earthquakes in Mexico.

Cuba is going to change, everything is going to change, but above all politics will change. We no longer are the people who ate apples and threw them away half eaten, nor are we the reliable people from before, who went to all the parades and voted in all the elections.

The young people of today do not believe so much, they have a harsher view of reality, they have seen their parents’ dream come up against the crude truth and frustrations. Many have had to go through the private moment under the little light given by a light bulb when their parents have advised them to leave Cuba, because they can no longer do anything else.

The Cuban socialist political project is at stake. The dice have been thrown from the two sides of the table. On one side is a group of experienced players but who understand little about what is going through the minds of the new actors, young and disenchanted, who are waiting for their turn to participate in the game.

The young people have been brought up by their parents, by the crisis of real socialism and by the decadence of neoliberal capitalism. Today young Cubans are increasingly less attracted to politics, very few of them. Most of them have never been consulted since they were born.

In the third millennium the Cuban electoral system that dates back to the 1990s offers very little attraction to generations of Cuban citizens with expectations of frenzied movement toward some form of development.

The young people want to speak about new public policies, about new services, about renovated work perspectives, about new study offers, about possibilities of growing in the universities of the world; they want to hear that traveling is not a question of the chosen ones, and that bad politics entail the responsibility of inept leaders.

Our electoral system does not attract the attention of the younger people because the candidates are unknown: women and men, who are surely decent, but about whom we only know what is said in the short and stiff biographies that appear in the grocery stores when the electoral process begins.

Election campaigns are forbidden. No candidate can proclaim he or she will construct a new building, or that he or she will fix up the school that has been destroyed for years. Perhaps these campaigns are banned for a legitimate reason, which is the elected representatives’ impossibility of doing for the community something that is not waiting for instructions and the resources that come from the province or the nation.

With hands and feet tied up, our People’s Power representatives begin their two and a half year mandate in the case of the municipal delegates, and of five years in the case of the provincial deputies, without a popular mandate handbook, with nothing that tells them that it is obligatory to comply with the voters who believed in them.

The electoral campaigns were eliminated to abolish the carnival of disrespect and fraud of the previous electoral processes, not very transparent or serious, but with them went the possibility of knowing what to expect when we’re going to vote. Because it is a question of trusting the one that is on the voting ballot, and that’s it, because that person has to be good, because it is seen on the photo that it is a good woman or a good man.

But politics doesn’t work like that. We, the people, must know that in the future those we elect will think about our problems, and will try to resolve them, and they will not only concern themselves about their successful appearance, which among us means that no one mentions you, in a good or bad way.

Voting for a candidate who doesn’t speak, but who makes signs to us from his or her sweet biography, paralyzes the electoral system and removes it from the people’s expectations.

Afterwards things get worse. At least in the Cuban partial process, we nominate our candidates in more or less crystalline assemblies although full of crude rituals that make them look childish, and takes them out of focus of the young people’s interest. In the general process, the people do not nominate directly but rather a candidacy commission makes the list that is placed at the disposal of the municipal assemblies, which are almost always confirmed without saying a word.

It should be recognized that these candidacy commissions are the soul of the Cuban political system, which is how we know it, because no one who hasn’t passed through the tight filters of the candidacy commission at all levels of the country has ever reached the National Assembly, or a Provincial Assembly and much less the Council of State.

It is strange that the same politically cultured and responsible people that today can nominate quality municipal candidates, tomorrow, in another process, is unable to do so, because the trust there is in them to think of the municipality doesn’t exist to think of the country.

It is also suspicious that the people can only democratically nominate candidates in the process from which the most useful political institutions and with the less power are born: the districts and the municipalities.

The Cuban electoral process must suffer a deep democratic change, it must honor its original idea of building people’s power, and give power to the people, letting them elect the deputies that the same people have nominated.

Work should also be carried out in designing a direct way of electing the Council of State, or the Republic’s presidency, in case we pass on to a system of presidential government, like in the rest of Latin America.

I would prefer that the Cuban political system were the result of a democratic process of people’s empowerment, that it produce a new social agreement, where all of Cuba’s live forces work to design an oxygenated nation.

The new constitution should be the result of a constituent process like the one we defend for Venezuela, but which we don’t mention for Cuba.

The new electoral system should be the front door of a political system where political pluralism, the State of Law, democracy and the republic were protected by the principle of legality and of constitutional supremacy.

Little by little we would see how the younger ones join politics, because the fresh smell of the possibility of doing, of creating policies, of living with the others in public life, in the decision-making or civic discussion spaces will attract them.

The electoral system won’t be able to create dynamic forms of participation, but it can contain principles that force the State to not trample the State of Law or the legal forms of political association.

Those of us at the bottom have to concern ourselves with the flesh and blood democracy, demanding more than elections, so the streets belong to the people and the electoral processes are only one more moment of the practice of real politics. The rendering of accounts and the revocation of mandates must be saved from the fire of the inveterate pyromaniacs, not by their nice names that bring to mind the Athens of Pericles, but because democracy is just a story if we can’t reach those we elected after the moment of electoral trust.

The Cuban political system can be the result of a more democratic electoral system, but above all it will look like the Cuban people’s dreams if it approaches a society that is freer, fairer, more organized, more participatory, safer and likes politics more, and all this surpasses what an electoral process can offer.

It will depend on us that in Cuba’s future apathy not be replaced with the fanfare of empty elections.

We don’t want elections bought with money or elections where no one knows for whom to vote. Therefore, we prefer to struggle from all the barricades, that of a modern and democratic electoral system and that of a political activism that allows for handing over the constitution and the republic to the people, so that it revises them according to what they want.