At the risk of simplifying, at least three currents in the present Cuban left could be distinguished. 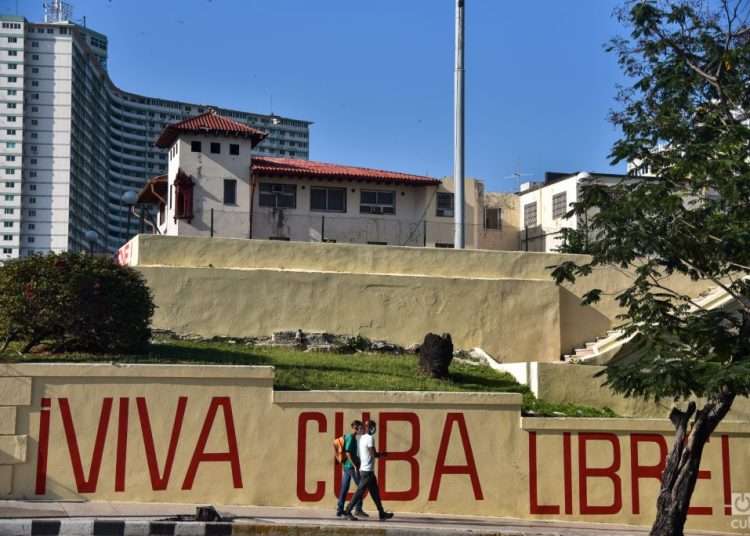 A friend complained to me recently that he presented many questions, without giving them answers. Doing seminars, I have learned that understandings are not opened by advancing answers — I replied — but by finding good questions. I’m not saying like those so predictable by some correspondents, who often end in a yes or a no, true or false, black or white. On the contrary, the key questions investigate the nuances, the degree of yes/no of that reality in movement, whose content is never as they paint it. If what is real in politics were a pile of opinions, it would be what everyone says, instead of as José Martí defined it: “what is not seen.”

My friend returned to the fray: what is real is indeed in that visible stack, and the proof is that people move politically according to those opinions. I replied that they are very often guided by others, instead of their own judgment, rather by contagion.

“But yours or someone else’s, after all they are opinions,” he told me, and without pause: “in politics, people are guided more by opinions than by what experts say. Influencers have more followers than political science.” Me behind: “I don’t doubt it, if we talk about opinions. That, by the way, you seem to believe them solid and immutable; but even if they were, are you sure that they guide the conduct of opinion-makers?” “At least, they are their ideas. The ones they have, because that is their right,” my friend replied, about to start an argument for freedom of thought, etc. “Do you mean that people do what they say they think? Are their so-called ideas the same as their behaviors?” “And what is that about?” already almost impatient. “That politics is not ideology, compadre. That attitude is not equivalent to posts and likes on Facebook. That political culture is not just beliefs, but actions. What one does and what one does not do. If this were not the case, there would be no political consensus, nor the real factors that mobilize people, and that are not reduced to giving opinions.”

Then he told me that I seemed to despise the opinions of others. “There are no opinions better than others, they are all valid, because what for some is silly, others firmly believe it, and they rather judge that what the first think is silly.” There we sealed the chat, because we had things to do.

In my previous article I commented that the left of the past in revolution, more heterogeneous than is usually assumed, was aligned around power. The tendencies that disagreed with that power did not consist of mere opinions, but of actions for or against. But neither was that power uniform, nor invariable. The same leadership that agreed to create a theoretical magazine to contribute to Cuban Marxism, to conceptually enrich it, and to promote the ideology of a different socialism, decided to close it, once political circumstances imposed it. Because the field of politics has its own problems, according to its logic, and not simply according to “the will of the decision makers” or “the whims of the bureaucracy.”

What I mean is that politicians are not philosophers, law professors, or soldiers, and if they are, their role as politicians is imposed on them. In other words, if they do not stop thinking within the box of their professions, they can confuse the possible Cuba in their heads with the probable one in the real society and world in which they live. If they continue to think inside that box, instead of interpreting the reality of society and the world of which they are a part, if they believe that the “next Cuba” is that of their programs and projects, they may be pedaling dry, as Machiavelli would say if he were a political science student at a Cuban university — and if that career was reopened.

**To continue in the past present, of course the will moved mountains, and what seemed impossible became real when turning the corner, etc. But because it caught on among the people, like germinated seeds in the cracks of a wall, and because the international stars aligned, and the sea opened, so to speak. So that a path could be found, which was not the one thought by those who led, nor by those who followed them. And so those who had not only very different ideologies and opinions, but also contradictory ones, forced by the logic of the political circumstance, ended up coming together in the same united party.

Those who guided that process, in addition to audacity and will, had the lucidity to navigate dark waters, and get ahead, weaving alliances, negotiating, reorienting the route again and again, with long light, and “a sense of the historical moment.” The mistakes made were not so many, among the many opportunities to screw up, when compared, for example, with the human costs of other revolutions. Although those paid to survive inevitably enter the accounting of politics, they cannot be judged apart from that logic, as if they were monstrosities in the dream of philosophical or legal reason, or syntactic errors in a certain grammar of history or of econometrics.

We already know all that more or less, an astute reader will tell me. Well, this is the case for our topic, because that heterogeneous and contradictory genetics of the previous left, the dilemma of what is possible and what is achievable, etc., cross the spectrum of the current Cuban left from one side to the other.

Let’s start with the question of perspective

The intellectual palette of the left was previously concentrated in areas such as Marxist philosophy, the economics of socialism, cultural policy and the role of art, ideology, the history of Cuba, and issues such as national liberation and third worldism, the anti-colonialism, the struggles of minorities. Today’s has tangencies with this agenda, and exceeds it in the multiplicity of its approaches, although not as much as before in contributing to overcoming the moorings that tied subaltern social groups, and in playing a role in their ways of thinking and their behaviors.

Reading and talking today with twenty leading young intellectuals, it can be seen that they have nothing to envy the intellectual left of the 1960s in their ability to interpret a social, ideological and political context that was particularly more complex than that of then. In addition to philosophers and economists, there are sociologists and communicators, historians, jurists, psychologists, anthropologists, and many not only teach, but also research, and are part of groups that do activism. These cover fields such as feminism, anti-racism, the fight against homophobia, the protection of animals and the environment, popular education, community development, and other issues related to social justice and citizen participation.

As I pointed out earlier, debates between currents of the left in the past took place in a much more defined ideological environment, that of orthodoxy and heterodoxy. The segment of the anticommunist opposition that claimed to be on the left was politically irrelevant. On the other hand, the plot of all that left today reveals itself to be much more complex. And also much more contradictory.

Among the inconsistencies that I already mentioned are that of those who venerate political and intellectual icons of the 1960s, and at the same time exercise incessant opposition to the Party and the State; and those who prioritize that denial even beyond the U.S. factor, and the weight it has in the dynamics of the real political process, inside and outside. Other contradictions are also very obvious.

In principle, all the currents of the current left affirm that they defend social justice and sovereignty, as central, although not exclusive, axes of their leftist condition. At the risk of simplification, at least three of these currents could be distinguished.

The first current usually calls itself Fidelista, Guevarista, partisan, genuinely revolutionary; is generally suspicious of activisms (of gender, race, etc.) that are not established in established organizations, as they are likely to affect unity, understood as dividing “the bloc of the Revolution.”

The second also collects, in its own way, the legacy of Fidel and Che, understood as self-criticism and rectification of harmful tendencies, let’s say, the bureaucratization of politics and the lack of dialogue with the people; it is assumed in a lively relationship with the Party, not antagonistic, but rather cooperative, but it is defined more closely linked to feminism, anti-racism, community work, environmentalism, and other movements rooted in concrete civil society. In its ranks there are members of the Party and non-members, Christians, Santeros, Protestants, atheists, etc.

In the third, political doctrines as dissimilar as libertarian anarchists, followers of a certain Trotskyism, Scandinavian-style social democrats, left-wing republicans meet, so that it is difficult to see them as a block, because they are not. In their fundamental heterogeneity, these subcurrents converge not only in their anti-PCC, but also in sympathizing with each other around specific political questions, despite disagreeing about basic conceptions, such as, for example, their basic definition of a democratic system.

This wild set of currents and nuances, which I do not even remotely intend to map, includes some peculiar contradictions. For example, that followers of the first current openly characterize as “social democrats” or “confused by the enemy’s ideology” not only those of the third, but also some of the second who militate in the same ranks as the PCC. That followers of the third confuse the first current with the Party itself, and the militants with a bloc of individuals lacking their own criteria and the capacity to defend it and disagree with certain policies. That not only the followers of the first, but also those of the second find it impossible to draw a line between those of the third and the antisocialist opposition (also known as counterrevolution), if not in ideology, then in terms of its political functionality. real.

Much remains to be analyzed on this subject, on which, as far as I know, there are no field investigations, but rather flourishing opinions, which my friend from the beginning would celebrate. I think it is of the greatest importance, not only because it is related to the much talked about unity, dialogue and the debate of ideas. Above all, it is closely linked to what Pierre Bourdieu called “the institution of the political effectiveness of the left,” and what we could characterize as its ability to capture the hearts and minds of Cubans. It doesn’t seem to me that any of these currents can boast of possessing it, with the intensity and quality required in today’s Cuba. In other words, with the ability to represent a society like the one that emerged from the cultural revolution that socialism, in its long historical cycle, has fostered.

Can these currents aspire to represent real Cubans without counting on the cooperation of the institutions, without developing a political capacity for dialogue and understanding? To what extent could the institutional system generate policies that dialogue and integrate, as much as possible, those currents of the current Cuban left? To what extent can it be capable of turning them into assets to transform socialism, respond to the new demands for social justice and reproduce its sovereignty in an expanded way, with a new consensus?

I suspect that, once again, my friend is going to reproach me for not posting the answers to these questions.