The Cuba that I found

On this visit I heard scathing complaints about "the situation," made almost with enthusiasm, to be able to find in me a new human being with whom to talk about their frustrations. 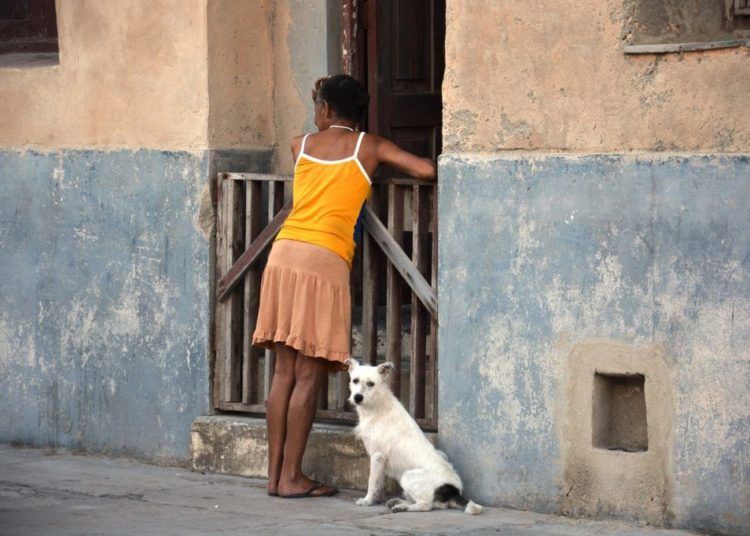 I’m writing these lines sitting on the floor of the boarding room of José Martí International Airport, Havana, Cuba. There isn’t a single empty seat and the passengers, agitated by the next departure of a flight that will take me back home, to the other home, in Mexico, walk around me and they will see me, I think, as a strange object, like a cockroach that got stuck in the crowd without knowing where to go. Sometimes this is how I feel in Cuba.

The flights and the movement of people have grown considerably in the last two years. That is one of the things that have changed…. Most of them haven’t changed at all.

More tourists come today, attracted by the revolutionary Cuba that so many passions and idylls awoken on the planet since always, and still. They fear that one day they will arrive to that which Carpentier called “the city of columns” and they will find a McDonald’s behind the foam of the waves of the sea, and that “the dream” has come to an end.

More Cubans also leave and enter. They can now travel and many don’t care too much about “the dream.” Most of them are involved in buying and selling, eking out a living. People who travel to buy and import things from the country they can, including Haiti, and enter them to Cuba to sell, consume or exchange…also what they can. So the Cuban vacationer in the world is still strange, but the dealer has become a species that incessantly reproduces.

It’s been a year since I came to Havana. As in my trips I am always asked about the situation on the island, assuming that Cuba is getting better with the changes, one is pervaded with that optimistic spirit and imagines that yes, something must be changing. But when I return, and I do so frequently, at least the response of my relatives, neighbors, friends and acquaintances has not changed a single bit: “things are getting worse every day.”

On this visit I heard scathing complaints about “the situation,” made almost with enthusiasm, to be able to find in me a new human being with whom to talk about their frustrations. Put in words, they give some relief, it is the necessary catharsis for those who stayed.

It seems that the arrival of the new head of state, Miguel Diaz-Canel, and the new hopes (because that’s the last thing that is lost), allow the people to make certain comparisons and take stock of Raúl Castro’s time. But, at least in Havana, food, toiletries and other basic products are still missing. People go with a smile on their face if they can buy a squash, or if the price for a pound of papaya goes down a Cuban peso. Happiness is sometimes found in the simplest things, ask a Cuban about that!

However, what really gets on people’s nerves these days is transportation, which I suffered myself, because it doesn’t matter if you live here or there, if you have money or not: a motor vehicle doesn’t pass through the streets, as if we were in an extraordinary state. And when it passes, it charges you a fortune, or what you simply don’t have, or what you have to feed the family for a whole month.

A friend assures me that she has heard the word “strike” mentioned, because there is no way to go to and return from work. I know the situation, because when I studied at the university (1999-2004), I spent about four hours a day on going to and coming back from places, and sometimes more.

On the other hand, I have bid farewell to a Havana full of new hotels, services in CUC and – oh a miracle! – which has inaugurated the first personal mobile data service so that people can use the Internet on their cell phones. Now it won’t be just prepaid cards for WiFi in public squares and parks, but the people who can afford it – or have family abroad who pays for it – will have Internet service on their smartphones.

Cuba’s economy will change, they said in the Mesa Redonda TV program; but I know that what’s most important is that those people who have to spend hours on transportation and looking for a squash will be the same people who will have more access to information. In the Mesa Redonda they also said that Fidel had perceived that the Internet was made for Cubans….

On the morning of my departure, this island full of contrasts gave me one of the most beautiful landscapes that my soul has felt. My feet flew over the broken sidewalks of the Malecón, next to my Yemayá. And my lungs widened full of the sea breeze before returning to the more than 2,000-meter-high Mexico City, my adopted city. It was there where I mentally wrote this column that I’m typing on the floor of the airport when I’m about to depart, to feel that I am leaving.

On the return flight my seatmate on the plane, a Sonoran who is unaware of all that surrealist absurdity that is Cuba, assured me, as if I had never heard the phrase, that the Cubans were the most honorable people in the world. What I found this December in Cuba is a great apathy, an inescapable desire of its people to have a life that is a bit better, almost at any cost.

Cuba: there are only “speculations” about damages to U.S. diplomats’ health