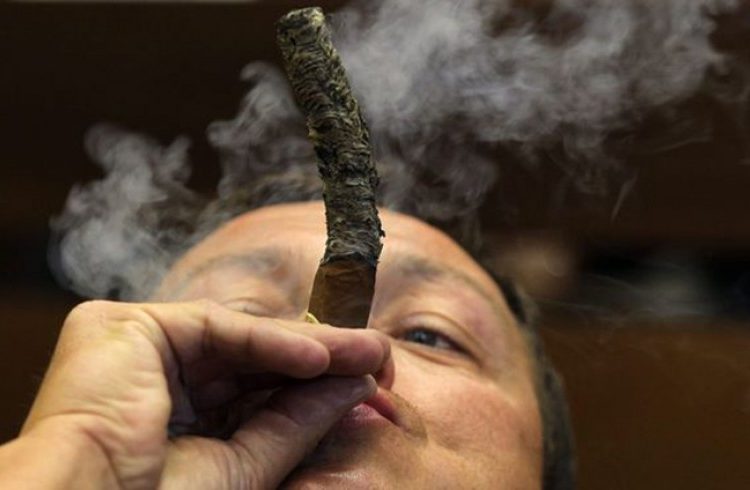 After the best cigars in the world, hand-rolled and with the unmistakable flavor of Cuba, were in Havana from February 23 to 27 around 1,650 people from 60 countries and some 250 journalists from 30 nations participating in the XVII Festival del Habano .

A new feature this year was that Americans could purchase up to $ 100 in tobacco, which were forbidden because of the US blockade of the island and Obama changed it.

The event, which had its broader trade show, auctioned six lots of Premium cigars at the PABEXPO fairgrounds with which raised $ 740,000 for the Cuban health system, Prensa Latina reported.

Also in this scenario was presented the Montecristo Anniversary 80 and awarded the 2014 Habanos Prizes to Cuban Rogelio Ortuzar  (Production category), the Cypriot George Fereos (Business) and the American Gary Heathcott (Information).

The TABACUBA business Group and the joint venture Habanos SA, organizers of the Festival, held this 2015 special tribute to two of the most prestigious national brands: Montecristo and Romeo and Juliet.

The Wood and Tobacco Warehouse, located in the Port of Havana, hosted the launch of the Romeo and Juliet Gran Reserva. Other activities included in the program were visits to the best plantations of Vuelta Abajo, Pinar del Río, and cigar factories.

There was also a dinner in honor of the 25th anniversary of the creation of Casas del Habano, with 154 outlets around the world and a trade fair was held with technical and trade exchanges between men and women in business, producers and suppliers.

Meanwhile, as part of the International Seminar which took place simultaneously to other activities, those present enjoyed the second competition for the longest ash won by Ali Alrami of Kuwait.

The Brazilian Walter Saes, moreover, was the winner of the International Competition Habanosommelier, followed by the Cuban bartender Andrew Pinon.

Stars in the smoke

The Festival lasted five days and in that time, there were several celebrities who showed themselves in the path of the cigar. Indian actor Kabir Bedi, protagonist of the film Sandokan widely retransmitted on Cuban television was in the final dinner.

Also attending was the supermodel Naomi Campbell, who gave much to talk about this week in national and foreign media for her aggressiveness with journalists, and the billionaire heiress Paris Hilton, who did not hesitate to take pictures and post them.

Particularly controversial was the last image of her in social networks thanks to AP. In the picture the young woman took a selfie with Fidel Castro Diaz Balart, son of the former leader of the Cuban Revolution Fidel Castro, head of government that promoted the nationalization in 1960 of today´s Habana Libre hotel, built by the Hilton International Hotels.

Much less in the media was the presence of British Stephen Frey, who played the character of Governor Esgaroth in the film The Hobbit.

On February 27 the Festival del Habano closed with a Humidor Auction of H.Upmann, Hoyo de Monterrey, Romeo y Julieta, Partagas, Montecristo and Cohiba brands. The final gala was attended by over 1,000 guests in the halls of PABEXPO.

US farmers in Havana against the embargo

Cuba-US: "There is much work to do"