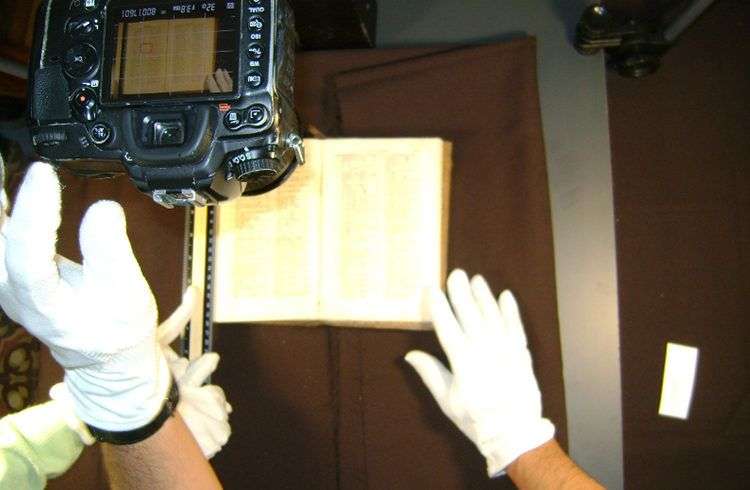 A multidisciplinary team from the Institute of Tropical Research and Ecological Exchange, from the Florida Keys, concluded in February the final phase of digitization of the bibliographic fund of the Ernesto Triolet Pharmaceutical Museum of Matanzas.

“They have digitized more than a million formulas contained in 55 volumes of books of prescriptions, titles of single copies, science books and labels, said Marcia Brito, director of the Matanzas institution.

“The shift to digital media has been conducted in three phases since 2014. The first with books of recipes and some of the general characteristics of library books, the second with drugs and third with scientific books for more information and access to these priceless texts “.

US Dr. Christine Flanagan, with 24 years of experience working with museums, got impressed by “the quality of information that they have been digitized, the chronological organization of data and high significance for the history of traditional medicine, not only in Cuba but the world.”

In the United States all that information is scattered, not like in this museum that collects and retains drug formulations, from the use of medicinal plants, dating from the nineteenth century, said Dr. Mary Chambers.

“It’s a monotonous job because you have to shoot one sheet at a time of each book, but interesting because there are books that are badly damaged and those are the ones I like to take pictures of,” said photographer Alan Morgan, who always checks the image is well taken early on to prevent use after a photo editing program. 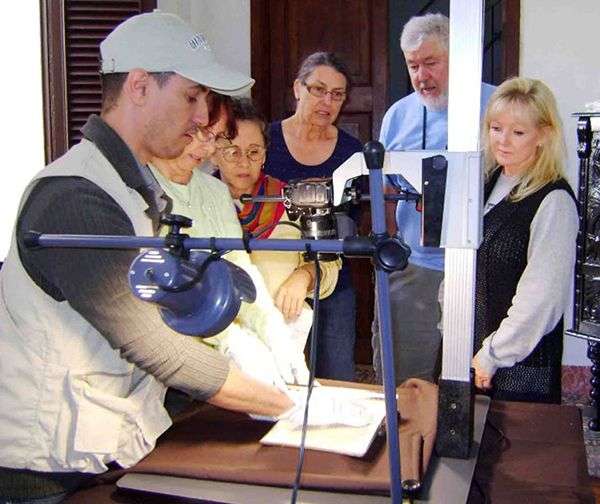 This collaborative project is financed with funds obtained by the American Institute, from the donations of various sectors of the population in the United States.

“Scholars have not only contributed their time, but they have gifted this technology to the old French Botica to continue applying the conservation of museum objects. They have done work with a high level of professionalism in the preservation of history and science internationally, “said Marcia.

Among the collections of Pharmaceutical Museum includes a chronological record of more than 325,000 prescriptions written in the books, of recipes prepared in the pharmacy from his operation of 1882-1964, and a technical library of about 200 volumes, including hundreds unique issues related to pharmacy, medicine, chemistry and botany, in French, English and Spanish.

The museum has been visited by more than a million people in their 50 years of established and has about 48,000 labels of medicinal products and more than 500,000 items in its collections.

Cuba-US: “There is much work to do”

Cuba-US: "There is much work to do"