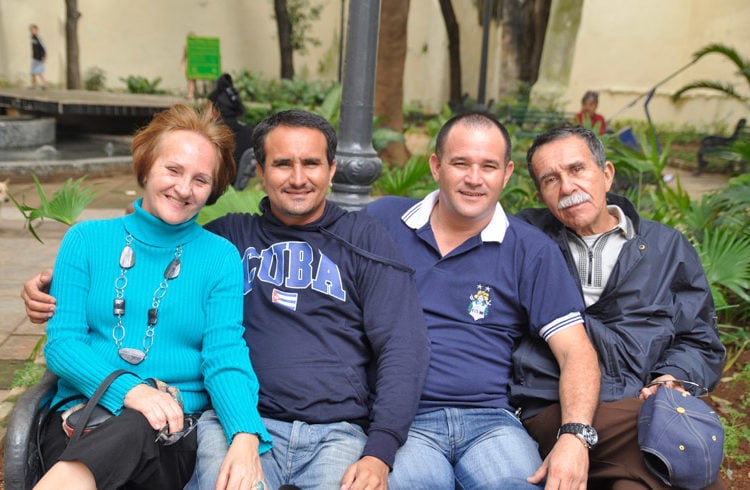 My old man, my beloved old man./ Now you walk clumsily/ as if forgiving the wind./ I am your blood, my old man./ I am your silence and your time.
José Tcherkaski and Piero

Until now my father’s death has been the most intense pain I have felt in my life. An unknown blow. The onslaught was so penetrating that I felt out of breath, defenseless, lost, in a foul mood….

Jesús, my old man, died after a battle against Alzheimer’s, that disease of the cerebral nervous system still of an unknown cause, diagnosed to a new person in the world every three seconds and that, according to the World Health Organization, today affects one out of every eight persons older than 65 years.

The “German,” as that disease is called in popular jargon due to the nationality of Aloysius “Alois” Alzheimer, the psychiatrist and neurologist that identified for the first time in 1901 the symptoms of that disease, is more common than we think. Just as it is also normal to think we won’t be affected by it. But if it “affects you,” the hard times that are drawing near for the patient and his family environment are irreversible.

My father started forgetting everything around him and he increasingly started asking for help and to lose his independence. Alzheimer’s was consuming his memories and his most prized affections like my brother and I, who at times became strange persons for him. All his memory was fading away, or almost all of it, since the old man clung until the last instant of light to the love of my mother, Marlene. She, with whom he shared almost half a century of life, was his hold. So much so that already senile he used to escape from the house in the mornings and returned with flowers he stole from a neighbor.

The specialists were never able to give a scientific answer to why everything in his head was fading away except for my mother. “Your father’s not forgetting your mom, his holding on to that love was his most important battle and it was won by Alzheimer’s,” the doctors explained to me.

My old man was a happy guy if I sum up the 67 years he lived. And what more could he ask for with an incredible companion at his side; two children he felt very proud of; with many, many friends; happy without knowing how to dance but a fan of traditional Cuban music, of the boleros, of Silvio and of The Beatles; not drinking rum or coffee, an enthusiast of the ground peanut pastes or of the rice with black beans, and also with his convictions, his Revolution, his Fidel.

Of his own free will my dad did not have a wake or was he buried. He was cremated and we scattered a part of the ashes on Agramonte Street, in the barrio where he was born, in the city of Holguín. The other part of the ashes were scattered on the Loma de la Cruz, the highest point in the City of Parks, days before the Argentinian Pope gave a historic mass there. This would have been something that he, Jesús Santos Hidalgo, a dialectic materialistic through and through, would have told with a great deal of mischief.

Death is part of life itself. And in that only life we know one has to be good, enjoy and fight for what we believe in. If by chance there is another life in what is called “the other world,” then we again are good, enjoy and fight for what we believe in. My old man instilled in me to live life while alive. He, who only believed in human betterment and in the usefulness of virtue, always repeated that he wanted all the tributes while he could enjoy them. And I, who like almost everyone, had the best father in the world (and I also have the best mother) carried out his will exactly as he wanted, and I remember him with great happiness.

We never get used to the fact that a human being who marked us so much is no longer physically present. Embracing him, hearing his voice, the way he smelled, will always be missed. But the truth is that he is no longer here and to live with that reality one has to continue forward without bitterness and celebrating life. Along that route my old man is still my companion. Death hasn’t been able to take that away from me.