Faced with the disengagement of the U.S. economy, the Cuban leadership had no choice but to turn to the Soviets. 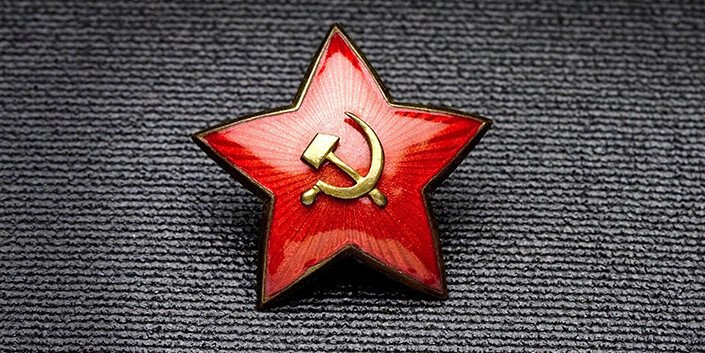 The Soviet cultural imprint does not begin in Cuba in 1959, but during the 1920s, shortly after the Bolsheviks took power. Then this imprint would be expressed in the cultural imaginary in a polyvalent way, as always happens on the island with the foreign elements that are incorporated into its visual horizon.

This implied the founding of a new type of party and intervention in workers’ demands and struggles, but also the presence of Stalinist and sectarian thinking that would lead, for example, to not considering the differences between actors as different as Antonio Guiteras Holmes and Fulgencio Batista during the One Hundred Days Government; and later to characterize the attack on the Moncada barracks, carried out by a new left, as a putschist act and petty-bourgeois voluntarism.

Along the same lines, with the triumph of the revolution, another form of sectarianism of the old communists and the Popular Socialist Party (PSP) would manifest itself, which led in 1962 to hindering the unitary processes in the Integrated Revolutionary Organizations (ORI) and later, in 1968, to the so-called microfraction at a time when interstate relations were still marked by the impact of the Missile Crisis, an episode in which the Soviets withdrew the rockets from the island, doing, after all, the same thing as the Americans and Spaniards during the 1898 Paris Treaty: to not count on the Cubans, not even for the family photo.

Faced with the disengagement of the U.S. economy, with which there were links of structural dependency that began to dissolve due to the nationalist course of the first years, especially after the first Agrarian Reform Law, the Cuban leadership had no choice but to turn to the Soviets. In June 1960, the State Department’s refusal to refine 20,000 barrels of Russian oil at Texaco’s facilities — a measure taken in response to the suppression of the U.S. sugar quota — reinforced a collision course that had been there practically from the very beginning and that would be deepened throughout the process.

In the early 1960s international press, the presence of the Russians in Cuban territory was the order of the day, an issue that could be followed step by step from the arrival in Cuba of Alexander Alexeiev, a KGB agent and TASS correspondent who met with Fidel Castro and Che Guevara in October 1959, and the visit of Anastas Mikoyan, in February 1960, until the exhibition of Soviet technology and products held at the Museum of Fine Arts in Havana and the establishment of full diplomatic-cultural relations on May 8, 1960.

Around that time, the first Soviet cooperation workers arrived on the island to work in both civil and military specialties (the tanks would arrive secretly in 1960, along with advisers and artillerymen).

The Russians spoke a strange and distant language, indecipherable for the vast majority of Cubans, even with a lot of imagination. They dressed as if time had stopped somewhere in the past between the Yalta conference and the end of World War II. Not a few were involved in contraband activities in the Alamar housing district and the Focsa building, either through the sale of chocolates and other products lacking in the ration book, or the purchase of jewelry and gold to be repatriated to Moscow. To top it off, the sailors who landed in the Bay of Havana also used to have tattoos on their arms and golden caps on their teeth, practices at that time considered identity markers of marginal people and convicts. These distances operated in the midst of supplies and provisioning that made it possible to alleviate/solve the urgent needs of survival in the midst of isolation. The technology they sent to the island was efficient and resistant, but also wasteful, excessively heavy and cumbersome; in short, excessively bola — a nickname by which the Soviets are known in Cuba, it is said that it is associated with their “roughness.”

In politics, the generation that was involved in the first stage of the Cuban process (1959-1971) had no existential problems when it came to distancing themselves. Not far from then, but at another level, the young people who studied in the Revolutionary Instruction Schools considered it essential to distance themselves from what the imported manuals taught and tried to reflect on philosophy, history and culture based on their own methods and, above all, to exercise critical thinking. They were oriented from early on to the exercise of thinking and studying Marxist thought, but incorporating it into that eclectic tradition that is in our founding foundations, so foreign — from Caballero to Martí — to the unilateral adoption of doctrines. And of course a friend of openness, not of closure and the application of labels such as “revisionist” to the new European thought that emerged under that label.

That same spirit was what characterized Fidel Castro’s speech at the closing of the Cultural Congress in Havana, in January 1968, in the midst of contradictions with the leadership of the Communist Party of the Soviet Union and its first secretary, Leonid Brezhnev (1966-1982):

Because there can be nothing more anti-Marxist than dogma, there can be nothing more anti-Marxist than the petrification of ideas. And there are ideas that are even brandished in the name of Marxism that seem like true fossils. Marxism had great thinkers: Karl Marx, Frederick Engels, Lenin, to speak of its main founders. But Marxism needs to develop, to come out of a certain stagnation, to objectively and scientifically interpret today’s realities, to behave as a revolutionary force and not as a pseudo-revolutionary church. These are the paradoxes of history. How, when we see sectors of the clergy becoming revolutionary forces, are we going to resign ourselves to seeing sectors of Marxism becoming ecclesiastical forces? We hope, of course, that by affirming these things the procedure of “Excommunication” will not be applied to us and, of course, neither will that of the “Holy Inquisition”….

Havana going through most severe transportation crisis in last 10 years