The profile of former Cuban President Raúl Castro and the Cubadebate digital media were still suspended this Friday morning. 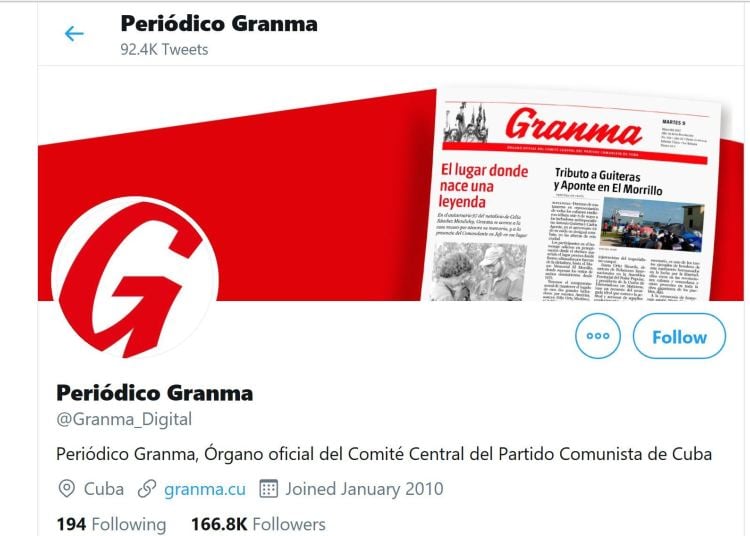 The U.S. private company Twitter Inc. started restoring the suspended accounts associated with the Cuban government, journalists and official media, which had remained blocked on the platform since Wednesday.

Except for the profile of former Cuban President Raúl Castro and the Cubadebate digital media, which remained suspended on Friday morning, other high-profile accounts were restored.

The daily Granma, the main news outlet in the country, published on this social network that after recovering access to their account they found only 18,000 followers out of a total of 166,000 they previously had.

Granma insisted that the action taken by Twitter was unjustified.

“The daily Granma’s account, suspended by Twitter since Wednesday afternoon for no reason, was restored on Thursday afternoon with only 18,000 followers. Twitter has been raising the figure, which we hope will return to the original 166,000,” reads the tweet.

The profile already has all its followers.

Although a high-profile manager of the company explained to OnCuba that most of the accounts were suspended due to “violations of the manipulation policy of the platform,” the Journalists Union of Cuba denounced that it was an “act of censorship” specifically targeting the country’s media, journalists and some ministers.

The Twitter spokesman did not give any information on what exactly the suspended accounts violated or which tweets or hashtags were used to apply that measure, nor why they were massively blocked at the same time.

Mariela Castro Espín, director of the National Center for Sex Education, whose account had also been blocked, said on Twitter that “in politics nothing is by chance,” referring to what she describes as a “media aggression against Cuba.”

Secretary of the Council of State Homero Acosta Álvarez denounced that his followers had also decreased.

The daily Juventud Rebelde (whose account was one of the few that was not suspended) published that “everything points to a concerted attack of complaints through multiple accounts to silence the voices of the affected Cubans, as well as our media, institutions and officials, just at the moment when important measures were going to be announced to the country as part of the current situation.”

Some of those affected explain that even with inactive accounts for months they were also blocked, just because they had links to official media.

In the case of Aynel Martínez Hernández, a former Cubadebate journalist and current editor of the independent CubaLite media, his profile was suspended along with everyone else’s in what he considers an “inexplicable act of censorship.”

Until the moment of publishing this article the official CubaLite account had not been restored.

Twitter sent a message to Martínez in which it warned that another “misuse” of the network could lead to a definitive suspension of his account. 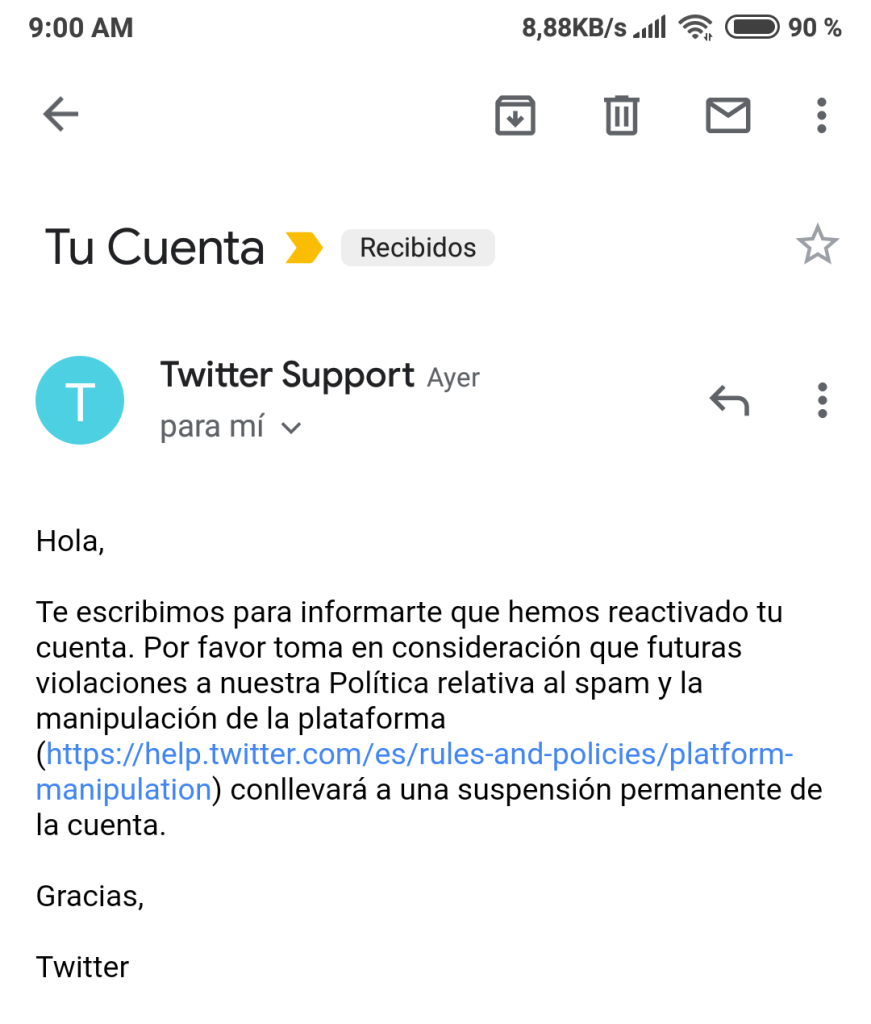 Cubans on Twitter denounced the suspension of Cuban official accounts, while inviting them to expand the dialogue about the use of bots or fake accounts that users themselves call “cyberclarias” and which consist of profiles with false or dubious identities and which are used to counteract certain ideas or speeches from any side of the political spectrum.

Since last year, the activity and interaction of Cubans on Twitter has been growing, encouraged by the country’s president, Miguel Díaz-Canel.

Several users, such as Cuban entrepreneur Camilo Condis, warned that without the participation of the Cuban official media and officials on Twitter, the exchange of ideas could not grow.

“The plurality of criteria and dialogue is important to me. The Cuban people do not win if tomorrow the official press and officials of the Cuban government stop using Twitter, which is currently the best way we have to convey our concerns and disagreements,” Condis told OnCuba.