Update: 57 infected by coronavirus in Cuba

Nine cases are added to the list of COVID-19 patients on the island. 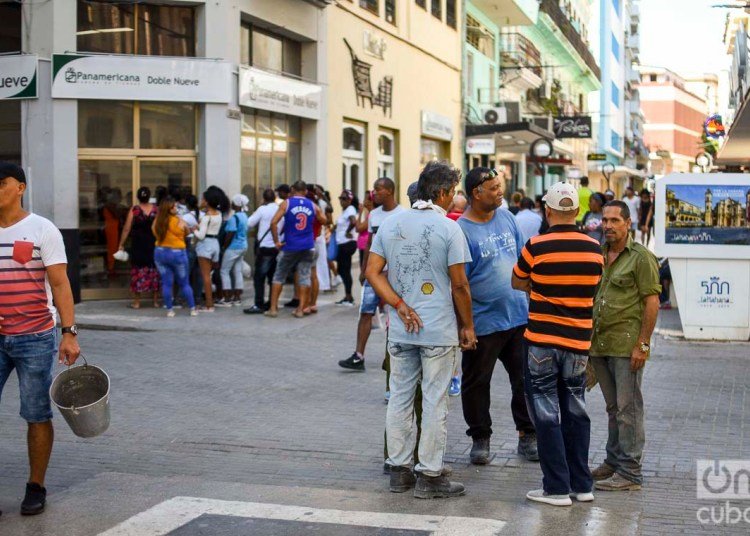 People in the streets of Havana. Photo: Otmaro Rodríguez

The Cuban Ministry of Public Health (MINSAP) reported about nine more confirmed cases on the island with COVID-19 at the close of this Tuesday.

With these nine more detected cases, the list now amounts to 57. Meanwhile, 1,479 persons are hospitalized on suspicion of suffering from the disease or being contacts of infected persons.

Of the 54 hospitalized patients, two remain in critical condition with permanent follow-up, while a 71-year-old Italian tourist who was in serious condition yesterday has evolved “satisfactorily” and is stable, the official report specified.

The new diagnosed cases’ age range from 32 to 78 years. Of these four are Cuban citizens who traveled to the United States, Mexico, Ecuador and Spain, and one Cuban woman who maintained contact with a patient whose source of infection was a group of Italian tourists.

The rest are two French travelers, a Croatian who came from Germany and a Colombian resident in Havana who returned from Ecuador.

All patients present a stable clinical evolution, the MINSAP assured.

According to official data, the island has so far carried out 738 tests to detect COVID-19, of which the “majority are positive for influenza A,” the director of Epidemiology of MINSAP, Francisco Durán, explained to the press.

Cuba maintains surveillance in its medical facilities for 1,479 people, 443 more than in the previous 24 hours. Among them 116 are foreigners.

More than 36,500 people are preventively isolated in their homes for presenting respiratory symptoms or being contacts of suspected cases.

At the moment there is only one dead: a 61-year-old Italian tourist, while MINSAP confirmed that the first patient recovered from the disease has been discharged, a 25-year-old man who continues in house confinement and under medical supervision for 14 days.

Although so far the Cuban government has not decreed confinement, it has established measures to prevent a possible outbreak of coronavirus, including the closure of schools, nightclubs, the suspension of interprovincial transportation and the prohibition of entry of all non-resident foreigners and departures for the nationals.

Since yesterday, Tuesday, tourists cannot enter the country and those who remain inside cannot leave their accommodations (hotels or private houses for rent) until they leave Cuba.

President Miguel Díaz-Canel’s administration has urged Cubans to leave their homes only if necessary, while requesting social distancing and complying with hygiene measures.

Although the streets and public buses of Havana are emptier than usual, there are still long lines at shops, caused by the deficit of basic products, such as food and toiletries.

Taking care, taking care of oneself, that we be taken care of in times of COVID-19

Ministry of Culture suspends all cultural activities until further notice

Ministry of Culture suspends all cultural activities until further notice