A total of 77 retail stores for sale of products in dollars and other foreign currencies will open their doors in Cuba, although in the first stage, previewed for before the end of October, there will only be 13, in Havana and Santiago. 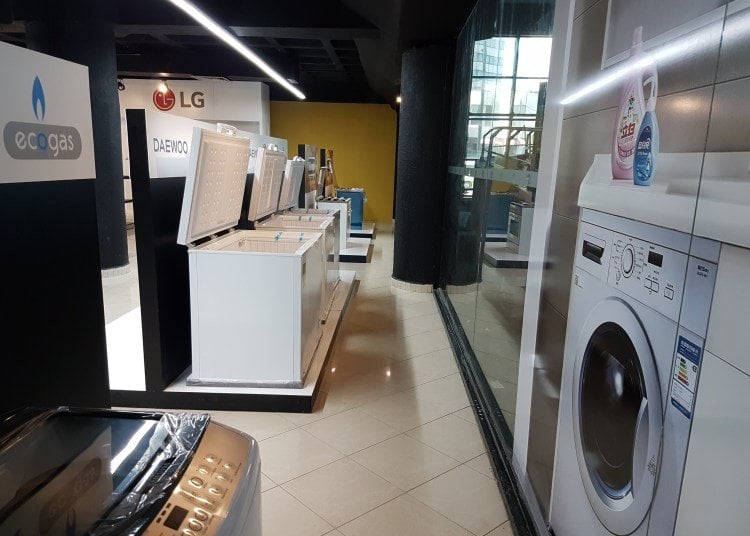 Products that will be marketed in Cuban stores authorized by the government to sell in dollars and other foreign currencies. Photo: Boris Fuentes / Facebook.

Since the Cuban government announced the upcoming opening of stores to sell a group of products in dollars and other foreign currencies, the island’s population’s concerns and expectations about the new establishments have increased.

The objective, according to the government, is to raise foreign currency―thus avoiding its flight abroad―to boost the Cuban economy and alleviate its financing difficulties, at a time when the Trump administration is intensifying the embargo and enforcing new sanctions against Cuba.

The opening of the stores will be “a gradual and orderly process,” according to Cuban Vice President Salvador Valdés Mesa, who acknowledged that “today the market is not stocked” and that part of the currencies collected in this way will be used in the “restocking of the markets” on the island.

The Cuban authorities have said that the operation of these stores does not mean that the import of these same items by Cubans from other countries will be banned or customs regulations changed, although many specialists are of the opinion that the measure also points to the black market and the so-called “mules” who arrive in Cuba loaded with dissimilar items, while warning about a depreciation of the Cuban convertible peso (CUC) against the dollar as a consequence of this.

A total of 77 retail stores for sale of products in foreign currencies will open their doors throughout the country, although in the first stage, previewed for before the end of October, there will only be 13, distributed between Havana (12) and Santiago de Cuba (1), the official daily Granma recalled this Tuesday.

These include the very busy commercial establishments Galerias de Paseo and 3rd and 70, in Havana, and La Escuadra store, in the city of Santiago.

In a second stage, the network of stores will be extended to the other provinces, and will grow to definitive figures―for the moment―in Havana, which will have 25, and Santiago, four.

Of the 13 establishments that will start operating this month, eight will be dedicated to the sale of household appliances, and five to the assortment of automotive parts. Among the first, as established so far, there are large format televisions, high-end and capacity refrigerators, automatic washing machines, splits, freezers, ovens, sandwich makers and microwaves.

This range of products will have “affordable” prices, according to the island’s government, which were based on retail prices in the region “with the aim of obtaining competitive offers.” They will vary according to the characteristics of the items for sale and will have their respective commercial guarantee, while “the total replacement due to defects and hidden defects has been previewed.”

In addition, the Cuban authorities affirm that other products may be gradually incorporated in these stores, which will constitute an “additional option” for Cuban buyers and will not mean the end of the other commercial establishments that today operate with Cuban convertible pesos (CUC).

In these, an offer of “economic line” equipment and products and others related to government programs such as energy saving―such as rice cookers, multipurpose pots and electric ranges, among others―will be maintained, as well as digital televisions―with television sets of up to 32 inches and decoder boxes―automotive parts and spares “that will guarantee road safety,” and items such as blenders, semi-automatic washing machines, fans and water pumps.

The prices of several of these items marketed in CUC, similar to those sold in foreign currencies―including semi-automatic washing machines, 32-inch televisions, refrigerators of up to 11 feet and low-end water heaters―will be reduced compared to their current prices, according to the government.

In the case of the new foreign currency stores, sales will not be made in cash but only through debit cards, both national and foreign accepted on the island. These cards must be backed by bank accounts in any of the foreign currencies approved for these establishments, which are U.S. dollars, euros, pounds sterling, Canadian dollars, Swiss francs, Mexican pesos, Danish krone, Norwegian krone, Swedish krona and Japanese yen.

Cuban foreign currency debit cards can already be requested as of Monday at the island’s banks. Their accounts will not accept deposits in Cuban currencies (CUC and CUP) and the exchange rate between different currencies will be made based on the U.S. dollar, which will continue to be taxed as established in 2004 in the case of cash deposits.

Several of the stores that will soon open their doors for sale in foreign currency are already preparing for their upcoming opening and are stocked with several of the products they will market, including electric mopeds, automatic washing machines and flat-screen TVs, as journalist Boris Fuentes reported this Monday on his Facebook profile.