The main Cuban banks will issue cards that allow their users to import non-commercial products and buy from stores in the retail network where the use of foreign cash will not be allowed. 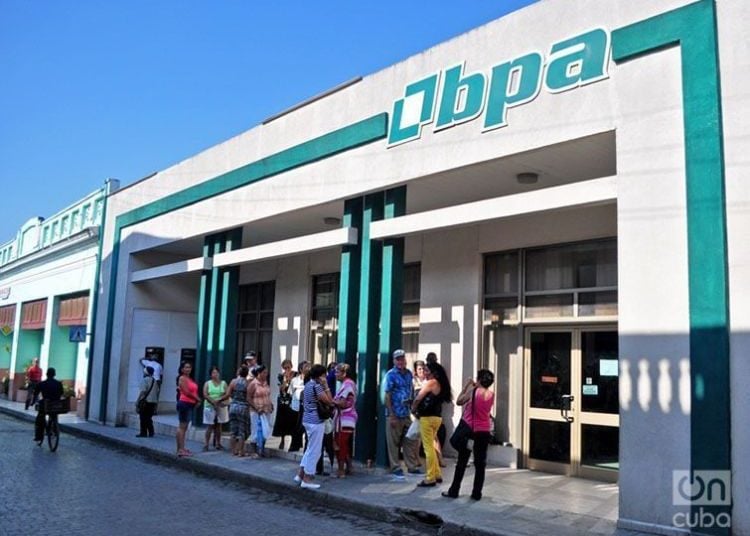 The main Cuban banks―Metropolitano, Popular de Ahorro and Crédito y Comercio (Bandec)―this Monday started offering individuals the service of opening accounts in foreign currencies, as part of the new economic measures announced by the island’s government to boost its economy.

The banking entities will issue debit cards that will allow their users to import non-commercial products and buy from stores in the retail network where the use of cash will not be allowed, according to the Cuban News Agency (ACN).

To open the new accounts, individuals must only present their identity card at the commercial offices of one of the mentioned banks. After that operation, the users in Havana and the provincial capitals must wait three to seven days to receive the debit card, and up to 10 days if they carry out the procedure outside those cities.

The currencies in which deposits can be made for this new service are: US dollars, euros, pounds sterling, Canadian dollars, Swiss francs, Mexican pesos, Danish krone, Norwegian krone, Swedish krona and Japanese yen.

Funds may also be received through transfers from abroad, including remittances, or from other foreign currency accounts, ACN added.

The accounts may be operated individually or by more than one holder, who must be present at the opening of the account and each will receive their own debit card.

To open the accounts, a minimum balance is not necessary and interest rates are not calculated or applied. The cards can be used in stores that will be set up for the sale of various products in foreign currency and for the import of products through foreign trade state enterprises.

Opening the new accounts is the first step in the implementation of the economic measures recently reported by the Cuban government, which are aimed at alleviating its financing difficulties and avoiding the flight of foreign currency in order to thus reduce the deficit of dollars and other foreign currencies of the island’s economy.

As part of the schedule announced for compliance with these measures, “the Cuban stores are already being prepared for the sale of electric mopeds and the announced household appliances,” as confirmed on Facebook by Boris Fuentes, a Cuban television journalist.

The stores that will feature this new service will only operate through national and international debit cards, which must be backed by bank accounts in any of the currencies approved for these establishments, which will begin at a first stage in Havana and Santiago de Cuba, at the end of the current October.

Home appliances such as flat-screen TVs, refrigerators and air conditioners, as well as electric mopeds and auto parts and spares, among other merchandise, will be marketed in more than 70 stores set up for this purpose throughout the Island.