The new outbreaks were generated in private parties, religious celebrations, bars, work environments such as a construction site and there are also three outbreaks in the east of the capital, where the beaches frequented by Havanans are located. 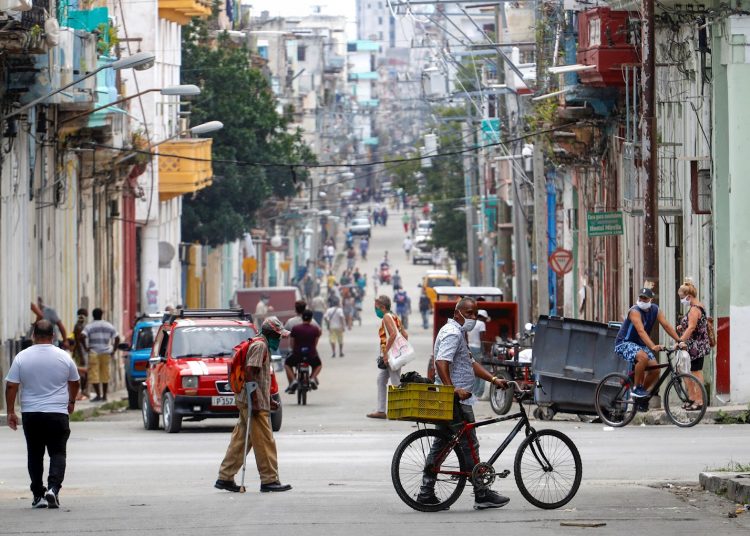 When it seemed that Cuba had overcome the virus and was making good progress in its reopening, a significant increase in COVID-19 cases in Havana and a neighboring province have forced the island to stop dead and resume harsh restrictions in the capital to regain control of the epidemic.

Since March, the island has deployed an active surveillance strategy to identify suspected cases with contact tracing and immediate isolation to control the pandemic and limit contagion while maintaining a low mortality rate.

But this has not prevented at least the capital from repeating the same script as in most countries when they have tried to reopen their economies.

The first cases arrived in March. Authorities date the peak of the pandemic at the end of April, with an average of 50 cases per day. In May and June, a gradual decline in the curve began, culminating on July 20, the first day that no infections were recorded.

But a week later the numbers started increasing rapidly, returning to an average of 50 in the last three days, including imported cases. In the first eight days of August, 90% of all cases in July were registered.

What happened and why did it happen so fast? The truth is that in this scenario a sarcastic Cuban saying gains strength, which says: “Cuba is Havana and the rest are green areas.” The focus is on the capital, which will determine (or not) the final success of the Cuban strategy.

The increase in contagions has been gradual since at the beginning of July Havana entered the first phase of reopening, a three-stage national normalization plan through which most of the country had been passing weeks before without outbreaks.

In the capital, with more than two million inhabitants, it was different. In fact, all the new contagions now detected in other provinces (Santa Clara, Artemisa, Pinar del Río….) where the virus was already just a bad memory are also related to trips to Havana.

“You have to separate things. Havana is part of Cuba, but so far the significant increase in cases occurs mainly in the capital and a population nucleus (Bauta, in neighboring Artemisa) associated with a source of contagion,” molecular biologist and researcher of the University of the State of Sao Paulo (UNESP) Amilcar Pérez Riverol explained to EFE.

“As for other nations, in Cuba the analysis and, therefore, the measures to be implemented should not be homogenized. For now, the rest of the country continues with a favorable epidemiological evolution,” he noted.

This Cuban expert, whose detailed and didactic analysis of the development of the pandemic in Cuba has been applauded by his compatriots on social networks, considers that several factors explain what happened, but he doesn’t believe that the main reason for the current trend lies in a premature reopening of the capital.

“It’s true that most, if not all of the Cuban territories, entered phase 1 with a history of zero cases during the last 15 to 30 days. In contrast, Havana never had a sequence of more than 5 days with one or no cases, and only completed one of 10 days with 5 daily or less confirmed cases,” he recalled.

But “this doesn’t mean that entering phase 1 was a mistake. It just points to the difference in circumstances in which this step took place and that partially explain the differences,” he specified.

In his opinion, “part of society and state institutions seem to have confused non-confinement with normality” and “as long as there is viral activity, beyond de-escalation or any of its stages, four basic principles must be maintained.”

“Widespread use of masks, physical distancing, avoiding crowds, as well as environments and activities with a high risk of transmission, and maintaining rigorous personal hygiene and of contaminated surfaces. Without them, no matter how controlled the viral activity is at one point, it will again increase,” he warned.

The new outbreaks were generated in private parties, religious celebrations, bars, work environments such as a construction site and there are also three outbreaks in the east of the capital, where the beaches frequented by Havanans are located.

“The case of Bauta is a clear example of the profound impact that the violation of sanitary recommendations has even after the start of the de-escalation. Since July 20, this outbreak that originated from an indoor event with a crowd of people has already accumulated 92 cases in that town alone. That is 20.3% of the 442 cases reported for Cuba since that date,” the scientist emphasized.

Like that of Bauta, which was a religious celebration, “several cases whose origin is the holding of events in conditions of high risk of contagion have occurred in recent times.”

But the increase in numbers “is not only due to violations by citizens, but also to the opening of various state centers such as bars, nightclubs, or restaurants that, as we now know thanks to published epidemiological evidence, represent hot spots of contagion and may have significantly boosted viral activity,” says Pérez Riverol.

More than 4,000 tests produce 47 new cases of coronavirus in Cuba