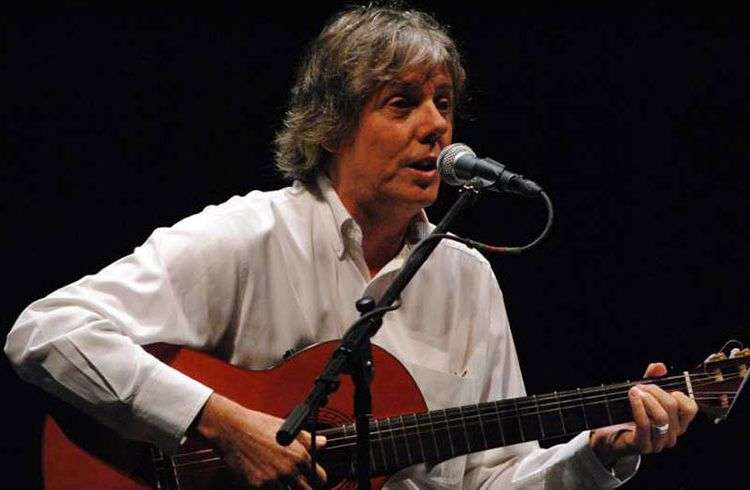 Many people think justice was finally served: Alejandro Garcia “Virulo” was presented the 2014 National Humor Award. Just a few have contributed so much with this artistic manifestation in Cuba, mainly if taken into account his determination to take humor seriously, cleverly and critically during the 80’s, when criticism had pre-established boundaries.

He didn’t stick to schemes, correcting mistakes or Marxist dogmas that limit artistic creation in favor of the ideology of that time. At the head of National Show Company, he changed the way of perceiving and making comedy in the following years, which sufficed the Humor Promotion Center for giving him such award.

Right away OnCuba arranged a brief interview with this renowned artist and architect who confessed to feel extremely happy with this recognition he shares with every Cuban humorist, especially with beginners.

“This organization has worked with love for the Cuban people and tried to represent on stage the opinions of those who didn’t have the opportunity to express themselves on the stage. That’s really important because criticism is essential for the development of any society. This institution found great pleasure in reflecting the reality of that epoch.

If it influenced other groups to continue this line of work, to continue reflecting national daily life from the critic perspective of humorists, I’m glad.”

What can you say about current humor?

“I think in this regard we are going through a transition period due to the current situation. Humor is always a reflex of what goes on with society, our country is facing a progressive movement towards the future, it is facing necessary changesfor its economy and its people; but there is also some sort of red tape hindering the right course of events. So, let’s see how these two trends will blend or impose one over the other; at present, humor is a reflection of that.

Right now Cuba is producing clever and cultured humor as well as cheap and vulgar humor. The Cuban society is living in an inverted pyramid; cultured people have no resources and their opposite enjoy a comfortable economic situation. As a result, the public attending expensive places, in CUC, is ignorant and demands poor intellectual humor; while cultured people, shaped with the Revolution and with no access to foreign currencies, have to wait for theater performances they can afford, and even so they think it over and over again before purchasing a ticket for 20 Cuban pesos.

We have to look at how things actually are and we have tosay the truth, that’s the reality we are living in Cuba. People who earn more are often the reason of more rustic and vulgar humor, I don’t mean to undermine anyone because such variety must exist and coexist. It is important to have two kinds of humor but there must be a balance and that’s the role of the Ministry of Culture and other cultural institutions.”

Where can we found you nowadays?

“Soon, I will premier a show along with my group Antivirus. It is entitled La mata de CUC (CUC tree).It is quite refreshing and it approaches daily issues of Cubans from the story of a man who has a CUC tree on his backyard, I leave the restto your imagination…”

Breaking news: Four Cubans might be in the All Star game