The Cuban is vying for the award in the category of best comedy and musical actress for her work in the mystery comedy “Knives Out.” 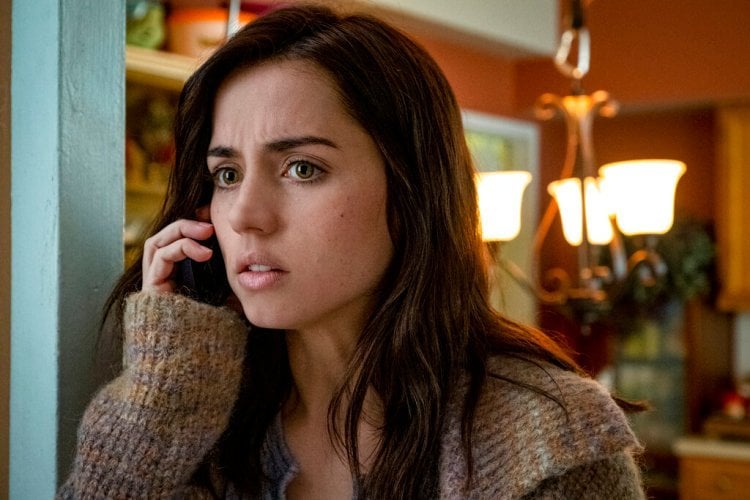 In this image released by Lionsgate, Cuban actress Ana de Armas in a scene from the film “Knives Out,” for which she was nominated for best comedy and musical actress at the Golden Globes Awards. Photo: Claire Folger / Lionsgate via AP.

De Armas, 31, is vying for the award in the category of best comedy and musical actress for her work in Knives Out, a mystery comedy written and directed by American Rian Johnson. In it, the Cuban plays the nurse of a renowned novelist who appears dead in his mansion, which leads to an Agatha Christie-style investigation.

In the film, the Cuban manages to shine in the middle of a constellation of stars, headed by Daniel Craig, who plays the role of the detective―and with whom she had already shared the screen in No Time to Die, the most recent film in the James Bond saga―and veteran Christopher Plummer, who plays the victim. In addition, other well-known actors such as Chris Evans, Jamie Lee Curtis, Toni Collette and Don Johnson are part of the cast.

The nomination is already an award for the young actress, who has had a meteoric career in the so-called mecca of motion pictures, with films such as Hands of Stone, War Dogs, Blade Runner 2049 and Blonde, where she plays nothing less than the celebrated and sensual Marilyn Monroe.

To win the prize she will have to beat heavyweights like Cate Blanchett, nominated for Where’d You Go Bernadette, and Emma Thompson, for Late Night, as well as emerging figures such as Awkwafina, well-known for The Farewell, and Beanie Feldstein, for Booksmart.

Marriage Story, the portrait of director Noah Baumbach on divorce, captured the biggest headlines, leading the nominations for the 77th annual Golden Globe Awards with six nominations that include best drama movie.

Netflix dominated the list with four films nominated for best film in the drama and comedy or musical categories, because in addition to Marriage Story, The Irishman, The Two Popes and Dolemite Is My Name were also included. In total, Netflix received 17 nominations, more than any other production company.

Meanwhile, the publicized and controversial Joker is also competing for best drama film, while its protagonist, Joaquin Phoenix, and its director, Todd Phillips, are also after the award at the ceremony to be held on January 5.

Other outstanding films are Parasite, by Korean Bong Joon-ho; 1917, by Sam Mendes; and Once Upon A Time in Hollywood, by Quentin Tarantino.

So far, Netflix has dominated the starting awards season. Last week The Irishman was named best film by the New York Film Critics Circle and the National Board of Review, and Marriage Story virtually swept the independent film’s Gotham Awards.

Ricky Gervais will host the gala for the fifth time. Tom Hanks, nominated for his portrayal of Mr. Rogers in A Beautiful Day in the Neighborhood, will receive the Cecil B. DeMille Award for his career. The Carol Burnett Award will go to Ellen DeGeneres.

The images prohibited for Cuban sports