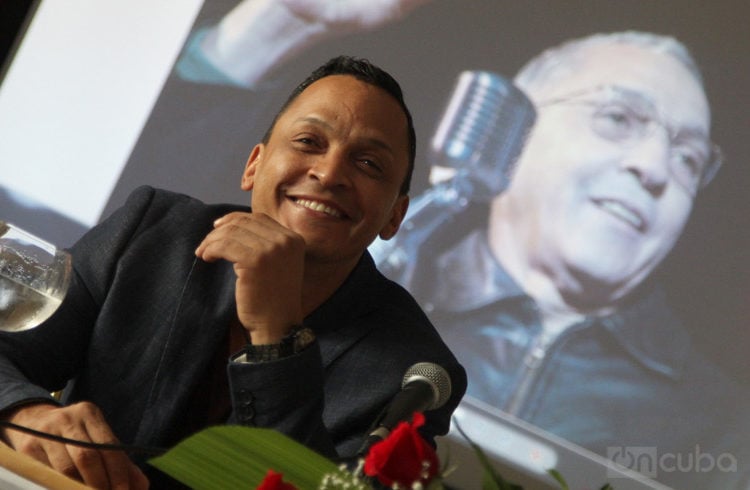 For sure, that December 4, 1969 was a magical, founding, day for those men who initiated a revolution in Cuban popular dance music. Since then, Van Van has been a unique train that is followed by its infectious melodic cadence and innovative spirit of its creator, Juan Formell Cortina, who died last May in Havana.

A national tour and the arrival of La Fantasia (EGREM 2014), the latest phonographic production of the group, have been litmus tests for the called Rolling Stones of salsa music, after the death of their founding director. However, the demanding dancer has felt the hurricane force of the orchestra and worth of its members, the same who will make the audience to move when arriving on December 5 with the rhythmic power to the staircase of Havana University, final stop of the long journey they will make through the archipelago and date in which they will celebrate the 45th anniversary of the band.

With Santiago Alfonso as artistic director, the evening will start at 9:00 pm and will offer the performances of La Colmenita children’s theater company and La Tabla orchestra, to then give way to the presentation of Van Van.

Samuel Formell, its current leader, told OnCuba this will be a special concert, as they will dramaturgically make a review of the imprint left by his father in the last four decades and where there will be included some tracks of La Fantasia, an album which, according to the same Samuel, bears the unmistakable hallmark of the orchestra.

The also drummer explained that the phonogram was recorded in Cuba, but the process of mixing and mastering was done in the United States. He added that the CD included tracks by himself, his father, his brother Juan Carlos Formell and singers Robertón Hernandez and Mandy Cantero, as well as flutist Jorge Leliebre.

“Chronic, topic widely used by my father, is also present here,” Samuell, who took the opportunity to formally present his brother Juan Carlos as bassist of the band, said.

Although this time the new CD had a limited presentation to the press, EGREM executives announced that by the end of the year an edition of La Fantasia may be acquired that will not only attract by the quality of its music, but also for its packaging.

Enrique Núñez: "La Guarida is a culinary and artistic experience"