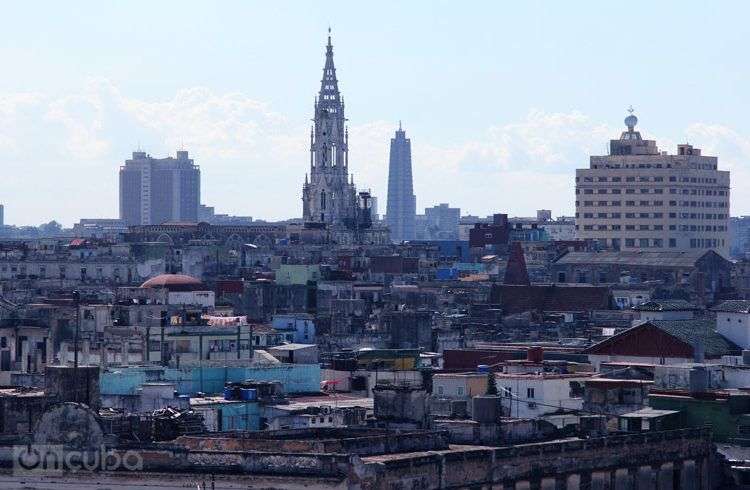 The Office of the Historian of Havana created a mail box through which residents can vote in Cuba in Havana as one of the 7 Wonder Cities of the World (New7Wonders Cities), final goal of the contest held since 2012 by the Swiss foundation New7Wonders.

The message that will be sent to the [email protected] will specify address, name and surname of the sender, date of birth and 7 selected cities of the 14 finalists: Havana, La Paz, Quito, Mexico City, Chicago, Barcelona, London, Reykjavik, Kuala Lumpur, Beirut, Doha, Vigan, Durban and Perth.

For the process to be successful you can only send one email per person must include all the data discussed above, vote for seven cities and not only for one, or more or less, you cannot repeat cities and no additional texts will be written and files attached.

The deadline for exercising voting via email is December 4 at 11:59 pm, Cuba.

Activation of voting by email, driven by Eusebio Leal Spegler, Havana City Historian, is a direct result of his meeting this week with Jean-Paul de la Fuente, Director of Development Value of New7Wonders.

“The historian insisted I call him from Dubai when the results are known,” De la Fuente told the media when asked for his interests in Havana, where he also met with Marta Hernández Romero, president of the Provincial Assembly of the the People’s Power of Havana, and representatives of Empresa de Telecomunicaciones de Cuba (ETECSA), Empresa de Correos de Cuba and the Ministry of Tourism (Tourism), a government body that has kept the public informed about the implementation of the voting mechanisms.

Yesterday, for example, the Tourism Ministry announced that the Software National Enterprise (Desoft) implemented an SMS Voting System for Cubans living on the island vote. Sending an SMS to 8888 with the text CIUDAD 1 is possible to support the Cuban capital that since October is one of the 14 finalists of the contest.

The cost of the message is 0.16 CUC and the system will be enabled until December 7, 2014. If you send an SMS to 8000 with text AYUDA CIUDAD to query a free channel through which users will explain how to vote.

The Ministry, which contacted the New7Wonders almost three months ago, has also developed an intense campaign on social networks, especially Facebook and Twitter aimed at tourism.

One of the big questions made to the New7Wonders Foundation internationally is that with the creation of this type of online voting contests, excludes the millions of citizens disconnected.

Cuba, for example, is a country where Internet access is limited, expensive and of poor quality in terms of connection speeds; Still, Havana is among the 14 finalists. That evidence the international profile of the city but it was strange to those who first saw with rarity as the city went from one in 1200 to be among the finalists and then as the director of the foundation said he had come to “work on voting methods from Cuba “.

A journalist during the press conference he gave at the Hotel Iberostar Parque Central, asked: “We can tell that you are informed on the situation of Cuba over the internet. What measures will be taken so that this does not remain a dream, knowing that Havana is probably one of the most disconnected among the contest finalists? ”

And he answered: “Cuba is looking ways to overcome these challenges. I have a meeting with the telephone company to see how they can enable the vote by SMS, or access to Internet sites. You can also vote for a postcard to be printed, and as part of a question of logistics will surely have to do the Ministry [tourism] all that should be sent to arrive on time. We are analyzing the technical problem Cuba has, but not only Cuba is disconnected. (…) There are other countries which have had the same challenge during the campaign. ”

The week was not over yet, and the results were already visible: Enabling vote by SMS, taking advantage on the island there are about two million customers with prepaid cell lines, and mailing.

Why? Perhaps because, as the distinguished visitor said in regions that have previously won similar competitions organized by the Swiss Foundation they have reported significant increases in tourism and Cuba is interested in that.

This 2014 without a major global campaign, ship operations for tourism and academics on the island should exceed those of 2013, when Cuba received around 200 boats, and the country was declared by the travel agency online loveholidays as first tourist destination in the Caribbean, as was the site with the largest number of reservations to vacation in 2012.

What would happen then if Havana is named one of the 7 wonder cities?

Enrique Núñez: "La Guarida is a culinary and artistic experience"