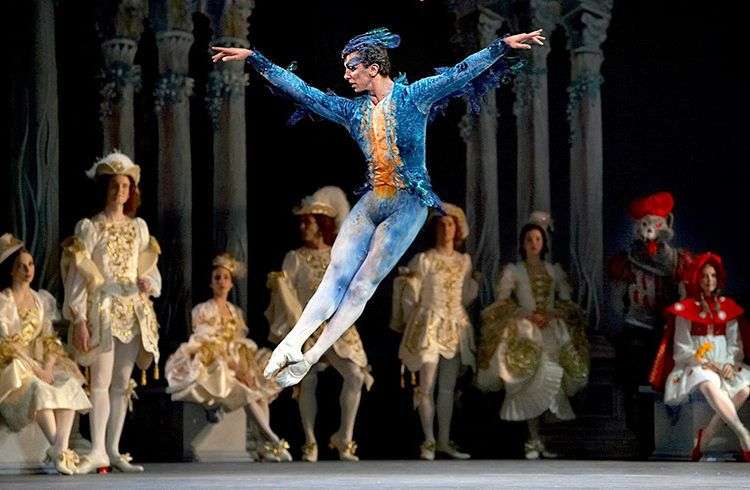 His name is not unknown in Cuba… as he has participated in for four festivals providing his art and unique way of dancing; not always in the ranks of his company, but also with Victor Ullate , or with Puerto Rico Concert Ballet. The charm of Havana and its people and ballet have bewitched the dancer Carlos Lopez since the first time he stepped Cuban soil.

His love for dance began at eleven in the ranks of the school of the famed Spanish dancer Victor Ullate, along with other important figures in the dancing universe as Tamara Rojo, Joaquin de Luz, Lucia Lacarra, Igor Yebra, María Giménez, among others; until at the age of 15 he joined the company that bears the name of his teacher.

International specialized critics saw in Carlos a portent of dance, showing physical strength and histrionics to assume various roles within the international and stylistic choreographic landscape.

How was the change from school to the professional world ?

“We never saw it as a professional level. We started at eleven and thanks to Victor the training was so strong that two years later we did galas around the country and Europe. The company was just a stage where we had good times and although there were nerves, we always had each other t o support us.”

After ten years with the company of which you become a leading dancer, you decide it’s time to make a change in your career and join the American Ballet Theatre, of which you became a soloist.

“From 2011, I decided to take my road after another decade with the American Ballet Theatre. I thought the best was to continue my career in freelance. At this time I got to the Puerto Rico Concert Ballet (BCPR by its Spanish acronym) and after that I continued in New York participating in galas and events with other companies.”

Dancing knows no borders. You may perform Basilio in Don Quixote or a more contemporary solo of the play ¨Con te Partiro, ¨premiered during the 23rd International Ballet Festival of Havana.

“The neoclassic style lets you to explore feelings and movements, but I love to dance classics , playing a character with a story. If you put me to decide I love both styles.”

What characters have marked you throughout your career?

“I love dancing Basilio (in Don Quixote) because it goes well with my personality and as I have done it so many times, primarily in Spain, I feel it as mine. I also l ike Albrecht in Giselle, because it is very dramatic or Mercuccio in Romeo and Juliet which is one of the few roles that you can perform and feel death “.

You are back in the Festival…

“I feel like at home. I love coming here and finding so many dancing people from the past, present and future. I find amazing the dedication and organization of the festival, the mix of countries and companies; but the audience most of all. ”

Is this the same Cuban public than that of eight years ago?

“I think not. What it has changed is that the public knows me and remembers when I danced here, like in 1998 I danced Giselle and people still remember it. It is a devoted audience who understand ballet. It is a public that is allowed to see and there is nothing better than that for that understanding. “