cecilia
in Technologies of Communication and Media
0 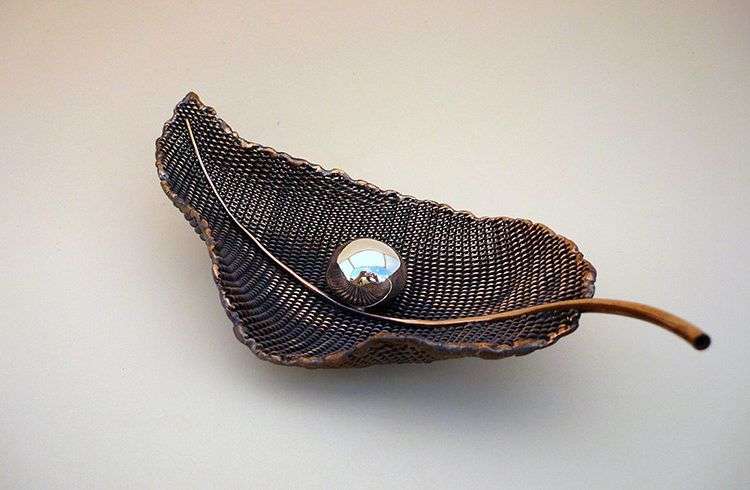 Despite his youth, Yaniel Rodriguez Benitez has earned a place in contemporary Cuban goldsmith. His twisted metals have endowed him with a unique style. In the composition of his pieces, a strong interest in formality by highlighting volumetric, textures and geometry of his jewelry is evident. His aesthetic research always seeks an interaction with minimalist sculptural forms, originating works of sophisticated design and unsurpassed workmanship.

His workshop is full of pliers , blowtorches and sandpapers. He tries to take the metal to its artistic expression beyond jewelry. “My first piece was a sculpture that won the first mention at the International Crafts Fair (FIART by its Spanish acronym). I learned more about sculpture than jewelry. Jewelry submits you to a specific support because of its functional part, so it limits the creation, though I am constantly innovating both in design and structure of the jewel itself. You will dominate the metal by mixing techniques with time. Now I’m working with enamels on metal. I love using stones but they never take the preponderant role of the piece, there are always subordinated to the design. For me, there is a commercial jewelry which is based on the stone instead of design, but goldsmith has more to do with mastering the techniques of metal, molten, laminate and the entire creative process of jewelry, “he told OnCuba.

Yaniel wanted to be an archaeologist but he decided before enjoying the findings to create himself pieces so that future generations could find and appreciate them. He studied contemporary dance before settling on this manifestation. He grew up in an environment conducive to develop creativity and love for art. He is the grandson of the National Arts Award Adigio Benitez and since childhood he was closely related to that universe.

He graduated from Pablo de la Torriente Brau Technological School where he began receiving the knowledge of the master Joel del Rio. Although in that school he studied metals, no jewelry, it was a stage when was nurtured from various sources and develop his creativity. He defines himself as a worker; he is passionate about creating, making with his own hands.

“In that craft school I learned various techniques and manifestations of crafts and one of them was working with plant fibers as ¨ malangueta¨, among others. i had already started learning with my teacher Raul Valladares and I was at home experimenting with metals and wanted to make a tribute to my grandfather. One of his works shows a crocodile in a wicker chair that I wanted to reproduce in a way. Hence, it arises the plaiting I use, the solution I achieved with the metal in that work. After much searching and investigating on my travels, I was given a book about the twisted metal. There I found a lady who lives in Denmark using the same technique but with a different style , “he said.

Thanks to this style he develops, he has been invited to various international silversmiths meetings and convened to give classes and lectures.

“I love the teaching work. The first experience was in 2007 at a school in the Dominican Republic to which I was invited to share my knowledge by UNESCO. Although it was quite difficult because I had requested students that at least had notions on jewelry, I had to teach that art to more than forty people who knew nothing about it; it was very interesting and enjoyable. To me it was complicated; I transformed the workshop and started from scratch. I found it very comforting because each person has his own vision and taste and a different way of expressing and great things emerge from diversity. I have been as advisor in juries of workshops and exhibitions in Peru, Venezuela. In Cuba I still have not done it, but I would love to. These workshops are very comforting to me because as a feedback I always learn something from my students. I am in debt; I like to pass on my knowledge because I had very good teachers like Raul Valladares. Through my mother I knew this great artist whom I will be eternally grateful for everything he taught me and for his support. The treatment this great goldsmith gave me was not that of the teacher to his student but the one of a friend or sibling. He taught me all he could transmit me; he never hid any secrets and showed me his experience, “Rodriguez Benitez noted.