"El grito" and "A contratiempo" are the premieres presented until this Sunday by the company directed by the Cuban dancer and choreographer at the Jacob's Pillow Dance Festival. 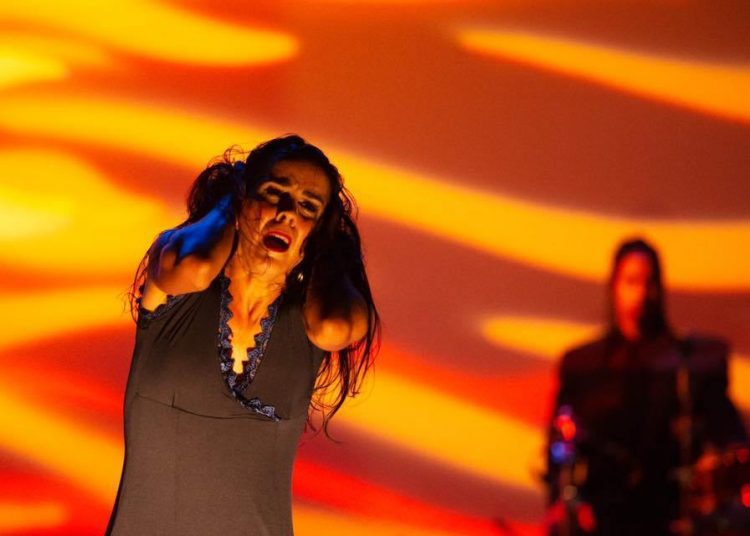 One of the world premieres is “El grito,” a piece inspired by the famous painting by Norwegian Edvard Munch, which according to PL “captures the attention of the public today.” This work brings together on stage Rodríguez’s entire group and has live music created especially for the choreography by musicians Reynier Llorente and David Acosta.

The premiere of “El grito” took place on June 26 and “it was spectacular,” Rodríguez told Prensa Latina. In her opinion, this piece “sums up the drama and expressionism that have such an impact on the original work.”

“We have done not only a profound work in dancing but also in acting to reach the audience, that despair and inner pain that unleashes, or listens to, the deafening cry of nature,” she explained.

The other world premiere of the Cuban group at the Jacob’s Pillow Dance Festival―an event that takes place in Becket, Massachusetts―is “A contratiempo,” which, according to Rodríguez, “shows the powerful male interpretation of flamenco.”

The presentations of the Irene Rodríguez Company at the Ted Shawn Theater, one of the venues of the festival, will be extended until this Sunday with a diverse program, which, along with the two world premieres, includes a premiere in the United States titled “Encierro” and other works in its repertoire.

Among these is “La pena negra,” inspired by a poem by Federico García Lorca and produced by the Jacob’s Pillow Dance Festival in 2017; and “El mito,” awarded at events such as the Vladimir Malakhov North Atlantic Dance Contest, in Holguín, Cuba, and the International Meeting of Ballet Academies.

The program ends with the piece “Amaranto,” a solo by Rodríguez that, according to PL, “was highly praised after its performance at the New York Joyce Theater in January this year, for its physical resistance as well as the passion of its dance.”

Dancer, maître and choreographer Irene Rodríguez founded her company in 2012 and a year later she opened a Professional Spanish Dance School in Havana, which serves to recruit talent. Since then she has developed a successful career, with numerous presentations on foreign and Cuban stages.

Alejandra Estefanía Is Inspired: “I’ll travel to cuba to meet the boy with the flower”