The Cuban president said that the wage increase "is for people to have a higher purchasing power in the current conditions" and proposed that where there is a price increase people should "denounce it." 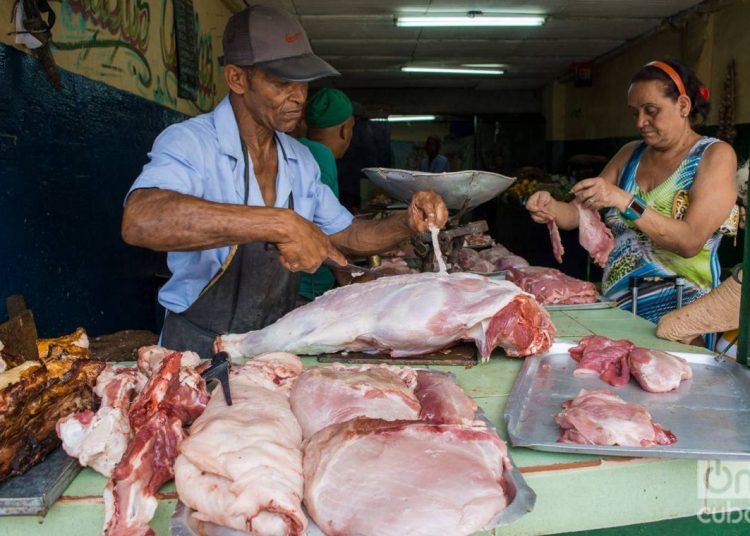 The Cuban government warned this Friday that it will control retail prices after the increase in state salaries and pensions, which will begin next July as part of a package of measures to stimulate the economy, overwhelmed by serious tensions.

During a speech broadcast by the state-run television at the end of a government visit to the western province of Pinar del Rio, President Miguel Díaz-Canel called for “controlling” the prices of goods and services starting with the next wage increase to avoid “inflation.”

“We have to control, there can be no price increases in the state sector, nor in products or services, nor in the non-state sector. And we’re going to discuss it with the non-state sector so that it understands,” he stressed, offering details about the new economic measures announced last Thursday.

The expected salary increase that will benefit more than 2.7 million people refers to salaries in Cuban pesos (CUP), but in Cuba that currency coexists with the convertible peso (CUC), the hard currency equal to the dollar and equivalent to 24 CUP according to the official open exchange rate.

Díaz-Canel said that the wage increase “is for people to have a higher purchasing power in the current conditions” and proposed that where there is a price increase people “denounce it and we will discuss and defend this so that it truly have the effect we need.”

He explained that the salary increase process must have a “guarantee” in the retail circulation to avoid “inflation” and considered that for this purpose a group of goods and services must be offered to the population in order to raise their quality of life as well as consumption.

The Cuban leader stressed that it is important to strengthen agriculture, the food industry, tourism services and also those associated with computerization to offer them to the population. He also “indicated” that the new provisions and the proposals for their implementation will be explained “little by little” and insisted that this is not a wage reform.

“We couldn’t wait to take steps to improve the situation of the budgeted sector, which doesn’t compromise the future,” he said.

Díaz-Canel considered that the measure will improve the salary “pyramid” that was “inverted” and stressed that his government’s ministers and senior leadership posts “will not have access” to the maximum salaries.

Among the sectors that will see their wage incomes increase, he mentioned public health, education and the press, whose professionals have been poorly paid, and from now on they will start receiving salaries that will be over 1,000 pesos (more than 40 dollars) according to certain scales.

The new measures also include an increase in pensions lower than 500 pesos (20.8 dollars), which will benefit 1.2 million people at an estimated annual cost of 700 million pesos (29.1 million dollars), according to data provided the day before by Minister of Economy and Planning Alejandro Gil.