Deporte nacional will premiere in the United States

by Redacción OnCuba
in Culture
0 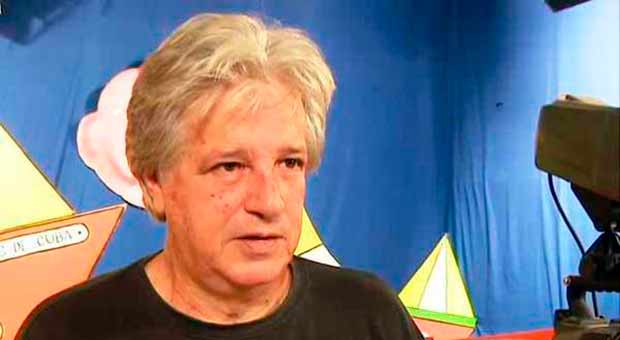 For over 20 years the Matanzas baseball team has been a squad of living dead. But since the arrival of manager Victor Mesa, followed, hated and rejected by many, everything changed.

Motivated by the euphoria of the 51 National Baseball and the awakening of the Matanzas athletes, the electrical engineer, who became a playwright, Jesus Castillo Rodríguez wrote the play “Deporte Nacional”, which won the Grand Prix at the Poetry Ocean State international theater festival, organized by the Cuban Cultural Association & Providence Community Library, from the U.S. state of Rhode Island in 2013.

“In Matanzas there was a social upheaval , due to the performance of its athletes and I was a baseball player, I wanted to write about some issues that had never been to literature, such as family , immigration , intolerance and the seemingly insignificant, but needed to live , “Jesus says , affectionately named Chuchi among his friends and work colleagues.

After receiving the maximum laurels with this play that won over others from 47 states of the American Union, the countries of the region and the community of Cuban residents in various regions, Deporte Nacional will debut in that US city in mid- April.

“Presenting it in the United States was by chance, we saw in internet a contest in Rhode Island, but we hardly had time to participate. Then a friend who was visiting the family took it and delivered it. Thus the jury felt it was the best work, “Castillo says.

The staging will be in charge of the group Ecas Theater and coincide with the presentation of the children’s show Pueblito de cuentos, by the Tentempié group, with Castillo as director.

“It’s the first time I premiered a work outside Cuba. I think it’s important to know the world, the world will know you, and that they know us as Cubans, since this work is not the vision of a Cuban in particular, is the vision of all Cubans in general, how we see the problems that exist in the world, how is the idiosyncrasy of the Cuban people, our values . It is a book I wrote like Pipepa , with my heart , “he says.

In Deporte Nacional life is shown as a game, in which stories and arguments that threaten unions and cause the rupture of father and son, disputed positions from central theme intertwine: baseball and emigration. “Orestes is the main character who wants to forget about the baseball because it reminds him of his sad past and the arrival of Victor Mesa prevents him from doing that,” the Casa de las Americas Prize 1998 argues.

This work contains fictional events with autobiographical elements. Here a door that remained closed for a long time at the end opens to end static thoughts by Orestes, that Victor helped change with his testimony and proposed a new family relationship after years of suffering and pain.

“I conceived the character of Diego, as it is hidden in the closet from a sporting point of view because the father refuses the baseball and he’s going to play without telling him. However Lalo, slim with long hair is gay and that does not stop them from being friends or that his like soccer or baseball , “Jesus says.

It is a play developed in a single act, with five characters and the scenery is conceived in living a modest house. On this regard Chuchi explains, “That’s my style for the plays, I am a writer who uses the technique when I finished the work, not as I write. After completion I analyze it structurally and apply that may better from the literary point of view. ”

Deporte Nacional will be include, also, in an anthology entitled Del Viento, along with other winning works for exhibition in September in the VII Dominican Book Fair in New York.

In general this work is expected to move a bit of Cuban culture to Rhode Island and build a friendship bridge between the two nations.