Leo’s world in his songs 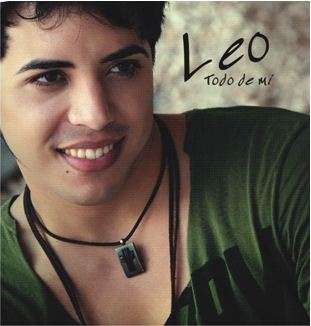 Leo, as he is popularly known, is one of the announcers of the TV variety show Piso 6, a profession he alternates with singing, where he has dabbled with orchestras such as Los Angeles de la Habana, Charanga Habanera and Klimax.

The new album, made in the studios of Music Editions and Recordings Enterprise (EGREM), is, according to its author, an opportunity to show a more developed work after several years of career.

About the phonogram Leo stated that regarding sonority it is located between the strong and soft Cuban current popular dance music, hence the work on the basis of the ballad, the salsa and fusion with Caribbean rhythms.

This album contains 10 songs, some of them are radio hits as ¨Ya será muy tarde¨, and belong to a variety of authors including Osmani Espinosa, Carlos Cartaya and Jesse Suarez, among others.

"I always have concerns and want to reflect my feelings, musically and as a person," said Leo to reporters.

Hence, he assures this CD shows much of what he can offer as a soloist.

The orchestral work summarizes one of the greatest achievements of the CD; the voice of Leo was accompanied by guitarist Elmer Ferrer, pianist Rolando Luna, the trumpet of Alexander Abreu and the rest of the musicians of the orchestra Habana D’Primera.

Through this album, Leonardo Garrido is inserted into the proposals of Cuban young artists, who undoubtedly set through their work the current Cuban musical scenery.

The tribulations of Guantanamera