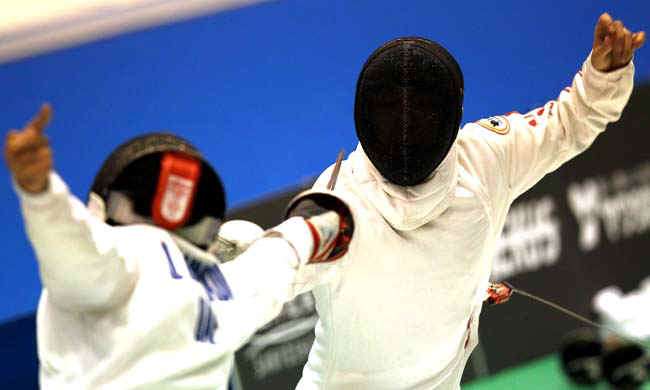 Cubans Ramon Fonst, Rolando Tucker, Eduardo Jons and Rafaela Gonzalez will be inducted into the Hall of Fame of the International Fencing Federation.

History has never been unfair and even less when it comes to excellent athletes. These days the International Fencing Federation (FIE) is proposed to honor 100 of its leading exponents and it will become the 2013 Hall of Fame discipline for the centenary of the Federation, founded on November 29, 1913.

Obviously Cuba has several exponents who have excelled globally and therefore four of them will have their names inscribed on this prestigious list that will be based in Lausanne, Switzerland.

Ramon Fonst, Rolando Tucker, Eduardo Jons and Rafaela Gonzalez will be honored. Fonst, with only 17 years and using the sword as a weapon, registered his name in a special place in the hearts of Cubans since history has him as the first Cuban Olympic champion, when it won the crown in the 1900 Paris Olympics. Four years later, this time in San Luis, he conquered three more crowns. There he also set a record of 24 rounds without being touched.

Tucker shone during the nineties achieving a bronze medal in individual foil in the 1996 Atlanta Olympic Games. His most outstanding work was commanding the world ranking of his specialty from 1995 to 1997, a performance only achieved before by European competitors. In his resume the world crown in Athens 1994 also stands out.

Meanwhile Eduardo and Rafaela won merits as a trainer and executive, respectively. Jons, was at the head coach of the national foil team for 29 years (1983-2012), a period in which he lived the best moments of this sport in Cuba when they won two Olympic medals (one silver and two bronze).

Gonzalez was the head of the Cuban Federation, executive member of the international organization, and representative for Central America and the Caribbean, was included among the honorees for her outstanding work

The carpenter who makes homers