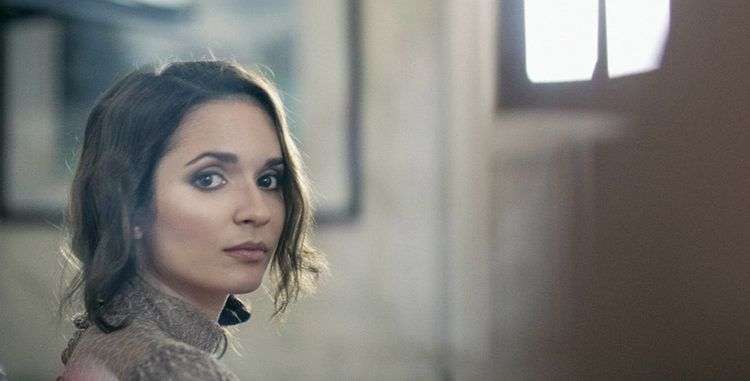 Diana Fuentes took some time from her busy life as a mother and a singer to answer OnCuba’s questionnaire as a scoop of the presentation of her album Planeta Planetario (Sony Music) that will take place next august 29 at the National Hotel in Havana.

Simple and sweet –I never sensed a drop of bitterness in her—Diana explained some of her reasons for going back to the recording studios, as well as her motivations and musical preferences, her husband’s creative mark and her expectations on the reunion with her Cubanaudience.

Planeta Planetario will be released for sale on September 9 and will be available in every format. It comprises 12 tracks, including her successful single Sera sol and La ultima vez, which is already playing on the Puerto Rican radio stations.

How did you come up with this album?

Planeta Planetario results from the need of a second album. Amargo pero dulce (2009) brought about many good things and I have special love for it because it is my first one, but in 2012 I realized –and I think my fans did too—that we needed some new music. When I moved to Puerto Rico I started writing a few songs and I shared them with Eduardo (Eduardo Cabra, el Visitante from Calle 13) and so we started Planeta Planetario.

What’s the difference with your previous album?

I think the difference lays in experiences… We always learn something from our past experiences. This record mixes a lot of genres and rhythms, and for that I have to thank the musical production in charge of Eduardo Cabra, who somehow encouraged me to explore new sounds.

At this stage of your life as a mother, how do you deal with work?

Right now I have a lot of work with Planeta Planetario, we are working on its promotion and my free time is for Marcel, my son. Let’s see what happens when I start writing again.

Artistically… how do you think your relationship with Eduardo Cabra has contributed with your work?

It has contributed a lot… with more music, many colors… a universe of sounds!

If we asked you to define Juan Formell, what would you say?

The Father of Cuban music.

What kind of music do you listen to in your free time?

I listen to all kinds of music, but I love Jorge Drexler, Gustavo Cerati, Formell and Van Van, Elena Burke, Elis Regina, John Mayer… It depends on my mood, but right nowwhat I listen the most is children songs.

Your concert with E.E. Cummings’ poems, music by Sue Herrod, was rather unconventional… do you have any other similar projects in mind?

Not for now, but I really enjoy that kind of projects, so I hope there will be more.

In your experience, what characterizes the Cuban audience? Do you feel confident or threatened?

I feel happy! It’s like performing for your family, which demands responsibility but at the same time you enjoy it to the tops… I love it!