On International Day Against Homophobia, Transphobia and Biphobia 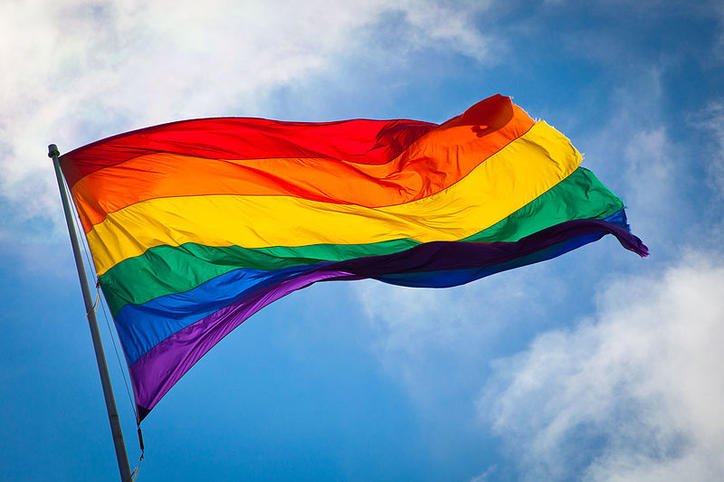 The search for freedom has always throbbed from below, imposing itself on a transcendent area in the history of music. We already know that freedom has been a concept as manipulated as it has been decontextualized, and has not often lost part of its most vital meanings along the way.

But the desire to conquer it has been a fundamental objective of many battles, as sexual minorities have exhibited in the face of oppression, marginalization or discrimination of all kinds. That struggle has not had a colorless or gray sound. Rather it has had behind it a feverish music band, which has given consistency and fervor to the songs of the rainbow.

According to their own personal experiences, each one has given an interpretation to the songs that have accompanied them along that journey.

It hasn’t been easy, but in the end, from intimacy or from the marches with the raised multicolored flags, they have managed to unite in songs that have become hymns of a cause that is not only gay, lesbian or intersex. These songs also belong to those who know that, although a theme cannot completely cure us, it does have a curative influence on the history and spirit of their generations.

The LGBTIQ movement around the world celebrates Gay Pride Day in June, and this journalist proposes five themes drenched in light, dawn and resistance, which will surely sound again like the hymns that they are, in any corner of the planet.

The list should perhaps start with Gloria Gaynor’s “I Will Survive,” but I think, from Freddy Mercury’s and Queen’s own story, it’s better to break that “rule” to hand over the keys to the universe to one of the greatest vocalists who has given birth to rock and roll.

Freddy had already openly declared his homosexuality when he released the video for the song “I Want to Break Free” in 1984. The video broke all audience records and caused more than one to raise their hands to their heads. Four chest-haired men, dressed as women, was a first shock. After these women did housework, Freddy clamored for freedom.

The theme, for obvious reasons, was taken as an emblem by the LGBT movement of the time, constituting a shot to the head of the most conservative sectors of society, which had already been transforming due to the unstoppable influence of the hippie, punk, glam movement and other aspects of the counterculture, which over time became the back scenes of mainstream discourses.

We thank Queen for a rosary of hymns that today make up the soundtrack of the history of music and our history. We are also thankful for the Freddy’s boldness in dynamiting the canons and opening the door for others to also look in the mirror and choose the path of liberation.

The other door opens for Gloria Gaynor. The singer made a good debut with “Never can say goodbye.” With her first album it seemed that she could quickly reach the “ticket to paradise.” Luck, however, was slipping through her fingers with her subsequent productions. Until one day. Producers Perren and Ferakis had been fired from the famous Motown label and started at Polydor. They offered Gaynor, who was recovering from an accident on stage and the death of her mother, the possibility of enhancing her career with the release of a song that would adapt to her vocal coordinates.

Perren and Ferakis had composed “I Will Survive,” but the record company’s executives did not trust the former with the theme. Studio 54, however, did not escape the scent of success and started broadcasting it in the heart of New York until it became an emblem in the Latino, Afro-American communities’ and LGBTI movement’s festivals.

The song ended up being assumed as a song of freedom. The trail of its success went on to a Grammy Award in 1980 and to the top rung at the inauguration of the splendor of disco music.

A year earlier, on a New York night, dawn became the best incentive for bohemians; for the underground creatures that came out in groups from the subway arteries; for the prostitutes, whose necklines were an invitation on the corners; for transvestites; for drag queens. Diana Ross precisely sang to the latter in her hymn “I’m Coming Out,” composed by Nile Rodgers. In the lyrics, Diana urges to get out of the thick web of torments to be yourself and escape from that dying god of social conventions. And for greater strength, she sings the theme with the carefree style and joy that corresponds to the true nature of freedom. Or not?

I already know people are asking when Madonna is going to show up in this incomplete list. Well, here is her majesty with her song “Vogue.” You remember her, right? Otherwise, listen to it again and then continue reading about this beautiful creature that, like no one else, has known very well how to go from one side to the other of the sexual range, or at least pretend that delusional journey, which at 61 years of age she has left untouched.

For many “Vogue” is the perfect hymn to sexual diversity. With Madonna it’s not about your gender, but rather that you assume what identifies you and enjoy the pleasures of life to the utmost. Hymn songs have also been written in our language (Spanish) for the LGBTI community. I’m not sure whether today it’s heard with the same intensity of its beginnings, but “A quién le importa” (Who cares) became, in the voice of Spanish singer Alaska, another of the songs taken as a reference by sexual minorities. At least for part of them.

The song, composed by Carlos Berlandga, has been repeatedly performed in all the gay pride marches and parades, especially those in Spain and Latin America. With a pop envelope par excellence, the theme is a song against intolerance and in favor of personal affirmation. In 2017 it was released as the official theme of the WorldPride in Madrid and three years later it will surely sound again with as a hymn, either in the solitude of a room or on a small march, especially now that some countries are relaxing the measures of confinement. In any case, these five songs can be heard again as a reminder and celebration of the broader meaning of rainbow freedom.