It is Arias’ first internationalist mission, although it is not for many of the 51 contingent specialists; more than half faced Ebola in Africa. 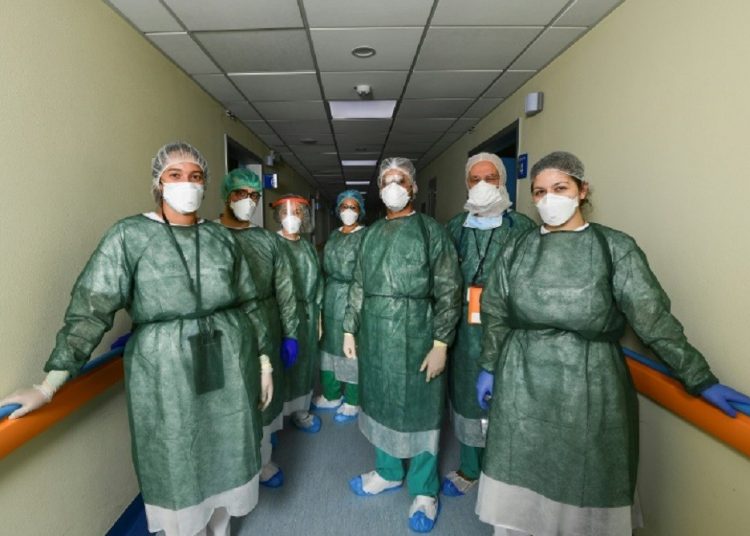 Roberto Arias Hernández is 28 years old, has an eleven-month-old baby in Cuba and is part of the medical contingent providing aid in northern Italy. There he is fighting against the COVID-19. “We are simply doctors and today we have had to play our role more than ever,” he told AFP in an interview that is already being reproduced by several media in the world.

“We are fighting a pandemic and we are the ones who act in the face of this situation,” he said. The conversation takes place shortly before starting his day at the Crema hospital, in the heart of Lombardy, the region hardest hit by the new coronavirus.

It is Arias’ first internationalist mission, although not for many of the 51 contingent specialists; more than half faced Ebola in Africa.

“Fear is always felt,” he confesses: “The feeling is that you want to do it, but you are also afraid of not living up to it.”

Arias has been working non-stop since he arrived in Lombardy. The day begins with a visit to patients. He is accompanied by an Italian doctor and a nurse. They wear a gown, mask, glasses, transparent visor, double gloves.

“Italian doctors have a personality like that of Cubans. They are hearty, very happy, they all greet you, they thank you for being here. Some make their jokes. They have a very similar personality,” he says.

For Arias, the morning schedule is the most difficult. “When you are going to get out of bed is when you feel tired. But you reactivate your neurons and you realize that you came for this and that is what you are fighting for, you take a bath and say to yourself ‘here we go again,’” he says.

He confesses that he is moved when he hears the applause from the balconies and windows of the entire world dedicated to health personnel. “Every time we hear the applause we feel indescribable pride,” he says.

This doctor does not have religious beliefs, but he affirms that “to meet the main figure in the world who professes good would be really great,” in the face of the possibility of being able to meet Pope Francis, who has not spared words of praise for the doctors, considered “heroes” in the face of the pandemic.

Arias Hernández is part of a Medical Brigade that started working on March 22, under an insistent rain, marked by the “abysmal” cold for someone from the Caribbean. “The Italian people’s reception has been very warm. People hang posters on the windows of their houses with ‘Thank you Cuba, thank you Cuba,’” he says.

With information from AFP