“I feel like it’s a good time to personally leave a see you later! to my followers in the most distant countries, to which, since teleportation has not yet been invented, it seems more difficult for me to return,” the artist said in the press release sent by her office. 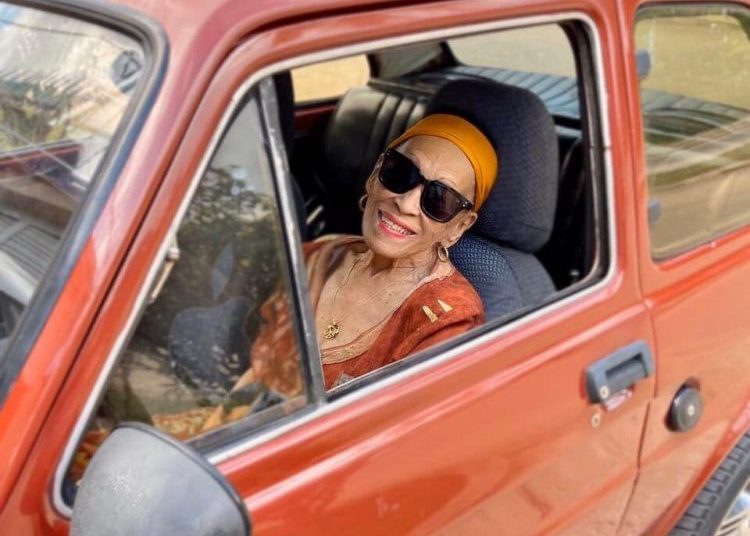 “I feel like it’s a good time to personally leave a see you later! to my followers in the most distant countries, to which, since teleportation has not yet been invented, it seems more difficult for me to return,” the artist said in the press release sent by her office.

Hers will not be an absolute and immediate retirement, but it will be from international commitments. “For me, singing is to live, it is my way of being. If you ask me about my favorite place, it will always be the stage, the song I sing, the next applause. As long as I have a voice and someone wants to hear me, let me sing,” she said.

Portuondo, who turned 90 in the midst of the COVID-19 crisis, a round anniversary for which she had precisely embarked on another “tour” when the pandemic was declared, justifies the title of this next tour after “so much sad news, so many goodbyes, so much distance, which have made us better understand the value of life, family and friends.”

The diva of the Buena Vista Social Club, who anticipates that perhaps after this last tour outside of Cuba “she will have to spend more time in the studios,” has just opened the contracting of concerts, for which no date has been advanced at the moment.

In July 2021, Portuondo performed at the Teatre Grec of Barcelona, ​​as part of her 90th birthday concerts.

Portuondo (Havana, 1930) is one of the great exponents of traditional music in Cuba, where she is also revered as the “bride of the filin,” a genre of Cuban song that is characterized by its moving lyrics and that was born in the 1940s.

Her long career began in 1945 as a dancer in the famous Havana Tropicana Cabaret, but it was in song that she found her space based on the golden age of traditional music in her country, where she soon shared the stage with César Portillo de la Luz and José Anthony Mendez.

As a member of the D’Aida Quartet along with Elena Burke, Moraima Secada and her sister Haydée, she accompanied stars such as Édith Piaf, Pedro Vargas, Rita Montaner, Bola de Nieve, Benny Moré and Nat King Cole.

It is from the 1970s when her name is consolidated with its own weight by singing with the Aragón Orchestra and recording albums such as the acclaimed Palabras and Desafíos with the Spanish label Nubenegra.

At over 70, she reinforced her position as an international star with the Buena Vista Social Club success, along with which she traveled around the world to the applause from the public and critics. In 2009 she won a Latin Grammy in the tropical music category for her album Gracias, for which she was also nominated for a Grammy for Best Latin Tropical Music Album.

She also received the National Music Award, the most prestigious of its kind in Cuba, and in 2019 she won the Latin Grammy Award for Musical Excellence, among many other awards.