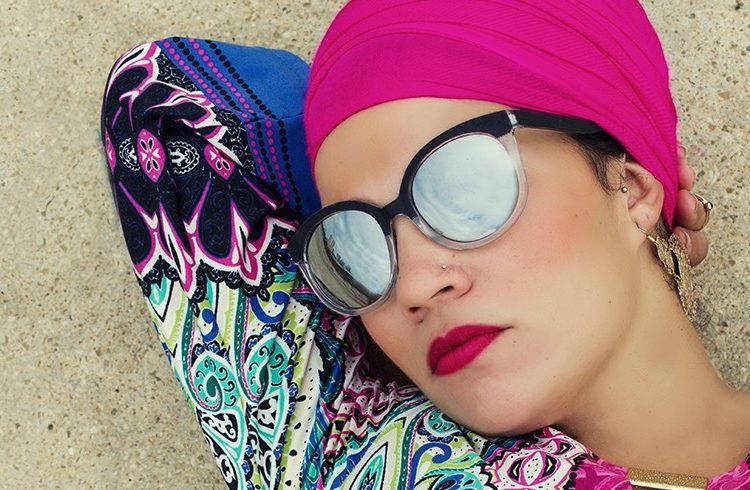 Telmary Diaz is a woman who has a lot to say on stage. She makes music without having completed academic studies and wins applause wherever she performs. She writes her prose, which carries a metric full of encouraging energy and inspired by the current, everyday Cuba. She sings, raps, admires great popular musicians like Juan Formell, members of the Buena Vista Social Club, Juan de Marcos and Afrocuban All star; loves rumba and flamenco, loves the sea and drinks the good vibes flowing from her Samara, the little girl who fills all her days.

She talks to OnCuba without pause to explain how she conceived Libre, her second phonogram to arrive in the island from the hand of the Bis Music label and that she will present almost at midnight next Friday at the Bertolt Brecht Cultural Center.

Everything has a connection in our communicative bridge with the creator, who engaged with us during the few free minutes rehearsals for that concert at the Brecht have left her, where she will sing very personal songs, which summarizes several years of work and the long stay of six years in Canada.

“It seems the feeling, the things that I lived there and the longing for Cuba, left me songs that I did not want to leave registered in any phonogram, although Libre has a part of this experience and others I made and recorded here, because Cuba is my best muse, where my creativity exacerbates. The funny thing is that when I was making the disc I was pregnant with my daughter Samara, so it was like I was having two life projects, two babies at the same time, “said Telmary.

In the album the singer has several guests: Dreisser Duruthy offers a key to the Afro-Cuban syncretism, something that is kind of thread in the phonographic plate; along Tania Pantoja she gives us Entre las fieras and with Francis del Río she performs Digan lo que digan. Also present in Libre, Ethian Brebaje Man (Music is my weapon, Lulo Pérez, Elmer Ferrer y Samuel Formell (La luna mandá); and Kumar (Una habana que danza), among others.

With several interludes that make us travel on Afro-Cuban music and other closer to hip hop -the latter made by the artist in her Ipad-, in the CD two artistic concepts are outstanding that for Telmary are substantial: Afro-Cuban Moyugba and repentismo as forms of improvisation. In both respects, the singer has dedicated a valuable study time, which has led to visit the Taino community located in the oldest city of Baracoa.

For her Cuban rap is much nourished by all these traditions. “Our hip hop could feed from the authentic Cuban, so this my investigative work does not end with the disk Libre, it must continue,” she said.

Before Libre and your solo career, there is a story when we met you as a member of Free Hole Negro and Interactivo. How much you have contributed to both groups?

With Free Hole Negro I stood on stage on December 4, 1999. Before that I really started in electronic music. The first time I grabbed a microphone was with DJ Joyvan. Free Hole Negro was then formed and it was curious because female rappers were not common. Usually, they were dancing or doing choirs, although Magia Lopez was there already with Obsesion and Instinto was performing.

Almost 16 years ago I started with Free Black Hole and we were the first hip hop band who worked with musicians. Then Robertico Carcassés formed Interactivo and called me to sing with them. There I had a different projection that of Free Hole Negro. I tried that poetry had its moment in a jazz band.

Interactivo is an ecumenical project where ideas matter all the same and each member can have their solo projects. It is the most beautiful school. We have always had a special relationship and Robertico has tremendous drawing power.

You have another DVD in mind and there is talk you invited members of Calle 13.

It will be an audiovisual project. I want to work there with René Pérez, ¨Resident¨ of Calle 13, Chucho Valdés, Omara Portuondo, Pablo and Haydee Milanes, Kumar, Yusa, who will be the producer-and Doctor John. I’ve been collaborating with the latter for years. I have several concerts with him in blue note and Brooklyn Academy of Music (BAM) in New York next March, and I will go along with my group Habana Sana. With Interactivo I will be in May in Puerto Rico and the United States.

Meanwhile, I’ll be busy with the DVD I was telling you about. We thought about filming in late February or early March. While this process is complicated because the audiovisual carries the physical presence of all who participate. Let’s try to be all. I will include songs that were already done, but it is possibly that two new tracks appear.

The other project that I have is to make a book with my friend, the editor Karen Dubinsky. They are my texts with Karen translation and illustrations by Omar Cervantes. But my life dream is to make a hip hop opera live and Eduardo del Llano to write the script.

Are you already taking steps to do so?

Yes. I’m in the process of writing it for the script to shape it. I know that musicians will be in because we are in Cuba and there will be no problems with that. This is a somewhat complicated process because I am mother of a family now and see how many things I’m doing at the same time.

How do you see the role of women in hip hop, a genre where you’ve known for having your own style?

It has grown a lot and I am happy. I said some time ago that one day it would be unstoppable. I think the female hip hop still has to grow especially not to fall into the cliché of doing what men do.

I consider myself a debtor of all this, but I’m not just a rapper, I do not like to frame myself. I am a communicator, a jazz poet, a sorceress of the word. Many people ask me why I distanced, well because I have always resisted losing my femininity in the scene and I also like to note Cuban music, which is too rich to not take advantage of this genre.

Where do your family and your daughter fit in your work?

Everywhere. They are my muse. My daughter is very rumbera and filled with lots of energy. Her name, Samara, means queen of the gypsies and the Moors. It comes from a song by Camarón de la Isla, an artist that I love, and the word has in its structure sea: sea and ocean, which is important to me, and the sea of Marilú.