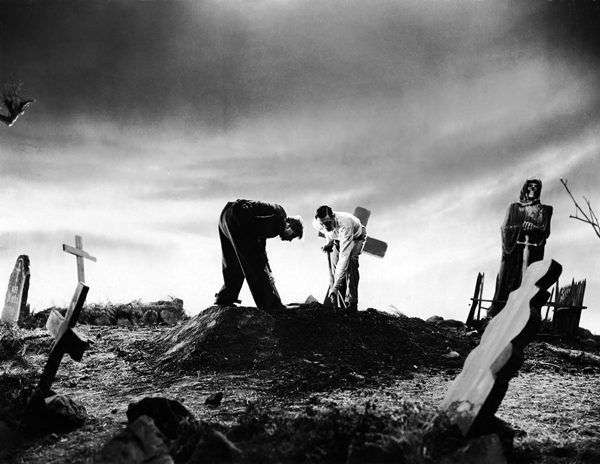 Not even after death you get a break. Not even in your grave you are safe, finally. The Garcia brothers had arrived the day indicated at the municipal cemetery in Guantánamo, in order to exhume the body of their mother, after two years buried. The gravedigger introduced himself, greeted the Garcia brothers and began to open the family vault. A few minutes later everyone would cry to heaven instead of finding the body of their mother, found another body, completely unknown. The lady had literally disappeared from the cemetery. The trick rabbit in its gloomy version: now you see it, now you don’t.
Then, because it is natural and because the dead do not go walking like that out of their own graves, the brothers asked for an explanation. Those who run the cemetery told them they would find the coprse, which could not have magically disappeared, and were to resolve the matter in a couple of days. Sonia Garcia, who lived for years in Havana, got stiff when she got the call from his brothers from Guantanamo. “In the cemetery they say not to worry, Mommy has to appear” consoled her one.
Usually, when a corpse disappears at the cemetery (and they do, gentlemen, that this story is no lie) , one cannot help but to look for the explanation. What does anyone want someone dead for? Not now, but in what many have called “the time before” was common for wealthy families to bury their relatives with jewelry and expensive clothes, of which some were stripped off once their bodies were buried. Today people have become savvier and rarely bury the dead with jewels that if you stop to think a little in there they will not need much.
Then there are the macabre stories of grave robbers who use the bodies for witchcraft. According to some, the bones of the dead can serve as a shelter to live. And in the case of the spiritualists called “Paleros” they can be used to do harm. Usually one gets the same thing they do spiritualists with the bones of the dead. The downside is when the bones are from a relative of yours.
When Sonia thinks about this, she gets the creeps, and does nothing but mourning. She and her siblings had planned something more conventional for her deceased mother. The usual: wait until the bones were ashes, and then save those ashes, solemnly and zeal, somewhere chosen among all of them.
But that will not happen. A few days ago the mourners, after spending sleepless nights while waiting bitterly for the new year, they showed up again in the cemetery to see if they had found the remains of their mother. At the cemetery they were told that they had been unable to find her. The explanation, which closed the case, could not be more blunt and irreversible: “We are very sorry, gentlemen, ‘said the official who talked to them- but we cannot just open every tomb here.”