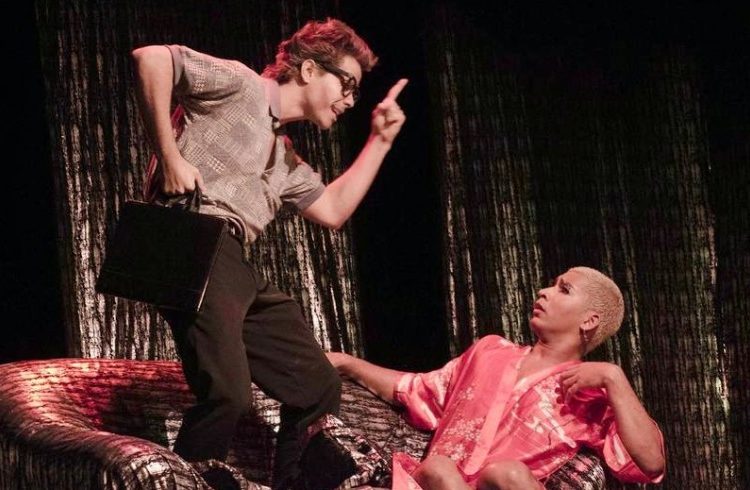 Juan Carlos Cremata Malberti is a man of cinema and theater. He is, above all things, a man of theater. Not only because he makes theater with El Ingenio, no. Cremata Malberti scene is everything, from clothing to tone of voice. Even when presenting his productions and asking nicely to turn off the cell phones and not to disturb during the show, one perceives the theatricality in every pause, every intent of the word.

These days, El Ingenio presents the Dutch play Cloaca, the reason for OnCuba to speak with the director.

Why staging a Dutch work and why specifically Cloaca?

We are always on the hunt, especially in the theater, for novel texts, unknown to the Cuban public, or revisiting texts that we always put some of Cremata or Cuba into it. In the specific case of Cloaca, is the first work that comes to us without our looking for it, but we would have gone to fetch it the same way. The Dutch embassy wanted to expand its scope and make some Dutch theater, and there was the possibility to stage Cloaca (Sewer), which is the most famous work of the most famous playwright living in Holland at the moment, Maria Goos.

“Nothing but the name caught our attention, thinking that sewer is what we all think, but is actually a Moroccan expression that means good luck, and when we saw what we proposed the work we were cold, because it speaks within Dutch reality of things that have happened in our reality very recently. So it was not difficult to make a version of it, really what we did was make it Cuban. ”

The version was made by Cremata himself along playwright Agnieszka Hernández and Cloaca is, among other things, a story about friendship and what can destroy it. Four friends who have known since childhood: one out of a psychiatric hospital, an aspiring minister, a lawyer, a theater director and an art collector, among other characters, enliven the two-hour’s work. Among the protagonists are Daniel Romero, Hugo Alberto Vargas, Lazaro Leon, Omar Duran, Laura German, Edel Lulay, Maridelmis Marin, Carlos Solar and Aidana Febles.

“This staging is totally extroverted, more than how introverted Europeans are, so we’re trying to warn, warn somehow Maria Goos, who will accompany us in a unique function on February 21 at the Miramar Theater, which she will see is his work, but contextualized with our problems, and with a more Cuban colloquial language.

“It will be a kind of surprise for us to see what her reaction might be, but either way it has been a huge satisfaction for the reception given by the public, the room remained packed throughout the season. Besides the work meant for us a new kind of theater, in the sense that it is a much more verbal theater, where text is the fundamental support, you have to listen very well, with a performance style that is a little difficult and is poorly developed here. It is a much faster style of saying; it waits less for public reaction. Hopefully we find more stuff, not only in Dutch literature, but in any other drama including Cuba´s “.

How would you define the poetics of El Ingenio?

We wouldn’t like to be stuck in a single poetic, really, if we were interested in something, is not poetry or eclectic poetry, to be able to do anything. Among the directives of our work is to make known or unknown authors texts or revisiting texts not as well known or not so exploited, always from a contemporary perspective. After El Malentendido (The Misunderstanding) we discovered we had, (and we will continue to develop as we did with Sleep, and some other works such as Nuestro Pueblito (Our town), a much danced theater, most come to the big show, where the dramatic gesture does not rest only in word, but in motion.

“Then we found in La Hijastra (The Stepdaughter), maybe it was the highest point of our poetry, theater of social very large influence, a very important text of the newest Cuban drama, which began to affect much on the public. La Hijastra was the climax of all that poetic. We have also developed the use of the grotesque, bad word, which for us is not a bad word. I was telling a friend who for me is worse bad word to say “foreign” to say one bad word misnamed, which are the living words of the language. It is also something that comes from the first staging of Las viejas putas (The old whores), the breaking from taboos, expand a little more minds, the horizons of thought and action.

“Whatever we do, we always asked ourselves before why we do it and what they have to tell the Cuban public today. If we’re going to do Lorca, Shakespeare or Maria Goos, is because we have to find what the Cuban public will receive today from those people. To approach the original work the texts there are and one can find them. So Cloaca was painted for us. ”

The works of El Ingenio are typically very long…

I’ve always said that I like long. Because if you are to pay ten pesos, you better be entertained. I do not worry whether a work is long or short, to me, what worries me is that it is entertaining. When we thought a show was too long we turn to what has always been done which is an intermediate, and is common throughout the world. Never put ourselves premised how the work will last. I think if you’re entertained I don’t give a damn if they are three or five hours, I would like to be entertained a lifetime.

After Cloaca, what proposals will El Ingenio bring?

El Ingenio is about ten years old, was born first as an independent film production company through which we made Viva Cuba and then began to be a theater group. It really was in December 2006 we did our first staging of Las Putas viejas, this anthological play that lasted about six months (Osvaldo) Doimeadiós, Edith Massola, Carmita Ruiz, Xiomara Palacios, Jorge Losada, Roberto Gacio and many others actors, and our party will last almost two years, because from this 2015 will be celebrating ten years of El Ingenio, as a film producing company and as a theater group.

“The next show we will present after Cloaca, we were squirming whether to do again La Hijastra, we owe taht and at some point we’re going to do it, or take on a new play, a work that was never in Cuba and it is named El rey se muere (Exit The King), by Eugene Ionesco, contextualized course, made Cuban, a la Cremata. It is a classic that has never been staged, a major proponent of the theater of the absurd, but thinking what a play like that has to the Cuban public today.

“La Hijastra is pending and it is something that will take some time, perhaps in 2016 which is our” real tenth anniversary of theater “. It is also the year for the restaging of Todo x 1 (All x 1) and premiere of Todo x 2 (All x 2), hopefully we can count on two important actors, Rolando Núñez returns to the theater with a monologue written by Elio Fidel Lopez and Blanca Rosa Blanco, which will make a theater season with us with a text by the same author. Later we also want to make a staging of Casa de Muñecas (A Doll’s House) by Ibsen and La Música (La Musica) by Marguerite Duras. As you can see, we are growing more and more, but always keeping in line with what we found and what we can find in the way. ”

Cloaca, which until recently appeared in El Sótano theater, will continue for two weekends in the Llauradó Room, culminating in a unique function in the Miramar Theatre on February 21 and which will be attended by the Dutch playwright Maria Goos.