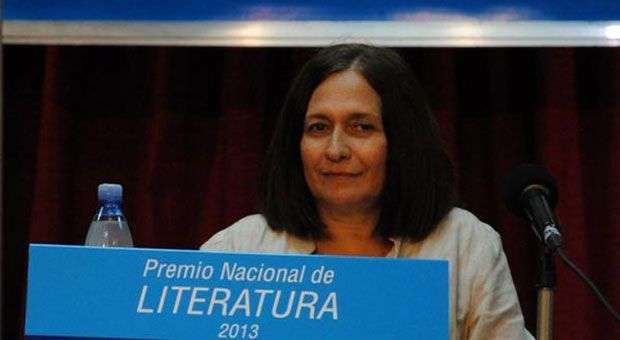 For the second year in a row, a Cuban writer wins the Pablo Neruda Ibero-American poetry award, which is even best paid than the coveted Queen Sofia award. We are talking about Reina Maria Rodriguez, whose work was recognized with the 2013 National Literature Award in Cuba.

The Chilean Minister of Culture, Claudia Barattini, made the announcement from the museum La Chascona, Neruda’s home, where a jury gathered to make the verdict. The jury was made up of the last winner of the award, Cuban Jose Kozer; Argentinean Graciela Aráoz, Peruvian Julio Ortega and Chileans Pablo Brodsky and Malú Urriola.

Chile instituted this award in 2004 for recognizing great Spanish Americanpoets. Rodriguez is considered to be one of the most important voices of Cuban poetry from the 20th century, with more than 20 books translated into several languages.

This award is granted by the National Culture and Arts Council along with the Pablo Neruda Foundation, offers 60 thousand dollars –two thousand dollars more than the Queen Sofia Ibero-American Poetry award–, plus a certificate and a medal.

Reina Maria won this award by unanimous decision. She was in the US when she found out about it. On her first statements over the phone she dedicated this award to all writers from her generation that had to leave the country. At the same time, Kozer, who is living in the US, noted: “the blending of language registers, myths, inventions and customs reflect the poetic identity in the lightness of her poetry”.