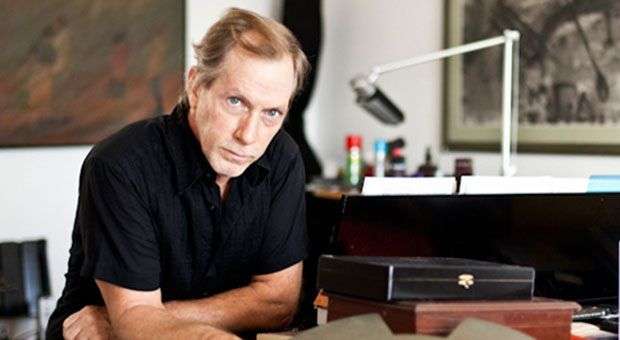 Ernan´s sacrilege began several decades ago. From his first years of training, while going over the work by the classics, he was always aware of whatever was happening outside the window. His love for popular music was born, perhaps, thanks to that quality of being aware of the surroundings though his fingers and his head were virtuously performing Chopin’s or Debussy´s pieces. During his initial training, led by his mother, he was also influenced by Miles Davis and Winston Kelly, Duke Ellington and Charlie Parker. On the other hand, he listened to Los Zafiros, the Cuban Modern Music Orchestra and professors Emiliano Salvador and Frank Emilio. Right in the middle of these aesthetics, Ernan learned to play with feelings to authentically create his own music.

That’s the reason why, the CD/DVD Sacrilegio –recently presented at Abdala Studios, in Cuba—is some sort of autobiographic memory of an artist that doesn’t hide his interest in expanding jazz boundaries and reinvent the most academic art with the colors of the popular. “I always enjoyed playing around with music. My mother, who was a really good musician, used to yell at me: Ernan, focus and study for your tests, then you can concentrate on your jazz. It all started there.” he noted.

This album comprises pieces by Beethoven, Scarlatti, Lecuona or Cervantes, with a witty approach of someone described by Silvio Rodriguez as a capable man of creating “something exquisite from the streets or something elaborately refined from daily life”. Thus emerges a sound characteristic of European courts with Yoruba cadency or a waltz with the unique voice of Kelvis Ochoa.

Sacrilegio, recorded with Colibri label, champions the idea of updating that cultural inheritance from Europe, never denying the richness of the Cuban musical spaces. The album is nominated to Cubadisco 2014 International Festival in the categories of: Anthologies of versions, Recording, CD-DVD and Jazz.

The idea of these records emerged several years ago because these are actually tracks that have accompanied him in different moments of his life. “It is an intervention to classical music, which is to a large extent what I studied, there are even tract from my time as a college student used to play that pieces at concerts. First, I play the pieces as they were originally written and then they are start changing from Cuban music and jazz”, explained Lopez-Nussa.

“The project is divided in two stages and is made up of two albums (Rondo and Molto vivo), and a DVD, and it has different conclusion dates. They range from baroque to contemporary music, with pieces by Leo Brouwer, for instance. To a certain extent, it pays homage to my mother, who laid my hands on a piano for the first time, the keeper of art at home. ”

A new album will soon come out with the tittle Lekszycki, also in her honor. It has been already recorded and is under mixing, which should conclude soon. Then it will go to the factory. It covers all the culture that got to me from Europe, mainly from France and Poland; it is a sum up of my work in this field, which is also the center of my music”.

Ernan´s Sacrilege toys with referents; it mixes, fusions, updates them. For several decades this composer ad instrumentalist has proven that his is not interested in mimetic “solemnity”. For him, the most important is to keep aware of what is going on outside the window.