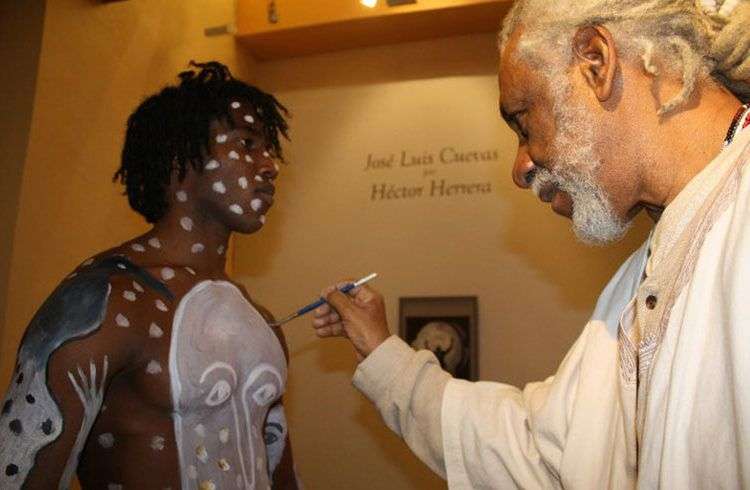 The project Una raza, La raza humana, La Habana-Key West Works as a bridge between the so-called two shores, the first artistic exchange between a Cuban museum and other American cultural institutions in more than five decades.

It all started with the retrospective exhibition of the artist Mario Sanchez, hosted by the National Museum of Fine Arts (NMFA) in March and will continue over the coming months, as reported by the organizers.

In this exhibition the viewer could appreciate the work of Sanchez, a self-taught artist who developed the technique of bas relief carving and painting on wood, known as intaglio, used to record the life and customs of his peers. He captured everyday scenes and took out the spirit out of them from his peculiar technique and characteristic pictorial art discourse.

Son and grandson of cigar factory readers, the artist was born six years after the island gained its independence from Spain. His grandparents migrated to Florida during the Ten Years War and settled in Key West, where they participated in the revolutionary actions conducted by José Martí in that place.

The exhibition was organized by Frank Nance, specialist in Montero´s work and Hortensia Sánchez, from the MNBA, to whom the work of Sánchez evidence a strong social commitment. The selection included thirty intaglios made after 1908, showing the lives of Key West in those years, festivals and customs, typical characters of each neighborhood, wooden houses and cigar factories.

In November 1996, Folk Art magazine valued the imprint of the visual language of this creator and his contribution to cultural heritage; called him one of the most important folk artists of the continent of the past century. In 2013 his work was exhibited at South Seaport Museum, which became the first artist from the state of Florida to perform a solo show in a museum in New York.

As part of the exchange some of the most representative contemporary Cuban painters exhibit and will exhibit their creations soon in Florida. This project is sponsored by The Studios of Key West and exhibitions will take place in the Museum of Ernest Hemingway House, the Treasury Museum, Maritime Museum, The Old House and the County Arts Council.

The national arts awards Manuel Mendive and Roberto Fabelo, are integrated into the project, the first with pieces of the 2010 Double-edged ax, and the second with oil on canvas, 2013 Fantastic Voyage to Key West. Other artists included in with the allegorical theme of emigration works are Rocío García with her painting Belleza Infiel and Sandra Ramos with her 2011 installation 90 miles, two pieces corresponding to the series Travel to the American Dreams and the engraving Bridge, both of 2012.

Ruben Alpizar and Reyneiro Tamayo displayed their creations Small links, 2012, and Kandinsky Style Pitch, 2013, respectively, on the Cat Building, former tobacco factory in which they the ancestors of Mario Sánchez worked. The Merger and The Stainless groups also exhibited Confetti, 2012, and sculptures American Dream and The Jaws of life.