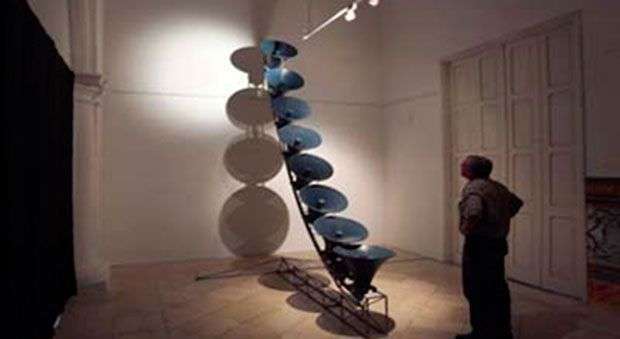 The 2014 has just arrived to its second month, but for connoisseurs, enthusiasts and experts of the visual arts in Cuba options do not wait. This year comes with anniversaries in several major institutions, including the Center for the Development of Visual Arts (CDAV) that will mark its 25 years. As part of this celebration one of the most followed events due to its wide appeal: the VI Cuban Contemporary Art Salon will open its doors.

This year the Salon will be dedicated to information and its flow channels in the Cuban context. In it there is a group of specialists from the CDVA working from which may are worth mentioning the curators Gretel Medina – CDAV Deputy Director – Frency Fernández and Caridad Blanco.

Structured through exhibition packages that include outreach activities such as lectures and talks, this month they will present three exhibitions as the P350 editorial alternative project and the pedagogical artistic La Red , on the 26th, and n a meeting with artists Celia and Yunior on the 28 .

The months of September and October were chosen to summarize the core of theoretical events and exhibitions. These include the group show entitled Por el Dos which explores artists ‘ concerns in relation to the meaning of communication in everyday life and in the Centro Wifredo Lam Contemporary Art the one called The other narratives. A decade of independent animation that provides space to reflect on a less attended demonstration in Cuban visual panorama: the animation.

In this period they also will be organize two exhibitions : En colecciones, that as a curatorial proposal aims to circulate information on Cuban art present in foreign collections either from the exhibition of the works and in a less conventional way to make use of the benefits that are offered by new technologies . The second proposal is Perfiles, where the public can appreciate the works by Eduardo Ponjuán, José Ángel Toirac, Ernesto Leal, Lázaro Saavedra and Fidel Díaz (T 10).

At the Salon, because of its national character, contribute artists and specialists from other provinces who are in constant dialogue with the curators of the institution in order to have a more enlarged view of the paths the Cuban artistic production is following today. Therefore, this VI Salon promises to be an opportunity to learn more about the production of art and the controversy over open roads art is transiting on the island.

Yaima Pardo: “OFF_LINE is an open, participative and mobilizing documentary…”

Slight decrease in number of Americans traveling to Cuba in 2013

Slight decrease in number of Americans traveling to Cuba in 2013

Is it difficult to be a black man or woman in Cuba today?