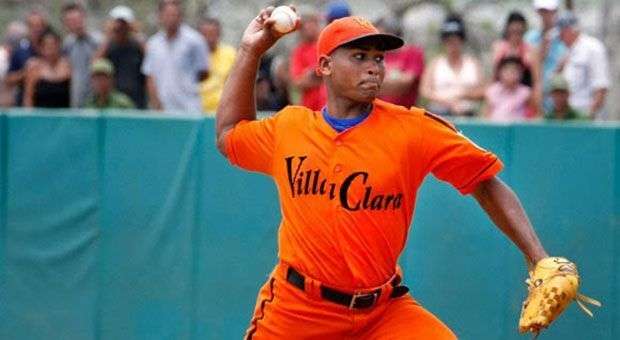 The Provincial INDER will file a claim on the measure taken against star pitcher Freddy Asiel Alvarez, who was involved in a brawl last week

The Villa Clara provincial INDER, top sports authority in that central Cuban territory, in the person of Israel Perera , its director, will file a claim at the national INDER regarding the “exemplary ” measure against its team’s leading pitcher Freddy Asiel Alvarez. According to the official note of the National Baseball Directorate the pitcher would be separated throughout the season due to his unsportsmanlike conduct on the night of February 17.

Perera, speaking to Vanguardia newspaper, also noted that the athlete itself will appeal the decision of that Commission. For a lot of fans, the measure of the governing body of the baseball in Cuba against Asiel was exaggerated, while the aggressor Demis Valdes’s was found benevolent.

It is also discussed, according to statements by the family of Ramon Lunar to the provincial media, whether or not they will start legal action against Valdes, given the severity of the beating the Villa Clara first baseman received at the hands of the above mentioned Matanzas player.

On a televised game, starter Freddy Asiel Alvarez hit three Matanzas players, which were considered by many as intentional. After the third dead ball, a brawl erupted and Matanzas designed hitter Demis Valdes charged Alvarez with a bat, hitting instead Lunar in the mouth, causing an injury that required several stitches.

Baseball fans in Villa Clara are now waiting for the outcome of both processes. Out of the much publicized brawl and the following measures, their team lost two of its best players. The story does not end here.

Is it difficult to be a black man or woman in Cuba today?