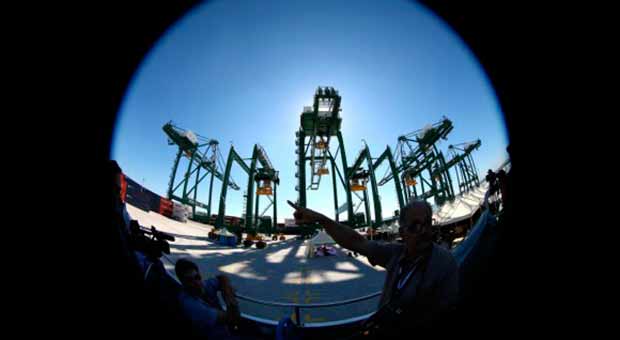 From Spain, Russia, Italy, China and Brazil have come some of the main proposals by about 15 investors interested in settling in Mariel’s Development Special Zone (ZEDM by its acronym in Spanish), in Cuba, mainly in the sectors of traditional industry, food and agriculture and biotechnology.

These proposals are being analyzed by ZEDM’s Regulating Office, whose director, Ana Teresa Igarza, stated to the press during Havana’s International Construction Fair that “they are having some progress and we are developing continuous and personalized work so that future investors provide the documents as soon as possible”.

She noted that before the “attempts” of investments in Mariel “they have grown” because the projection is that by the end of this semester a group of files will be ready for undergoing the necessary procedures.

As published in ZEDM’s web, this Project, 45 kilometers to the west of Havana and with an extension of 465,4 Km², aims at attracting foreign investments, achieving industrial development that generates exports and replaces imports, fostering cutting edge transference, know-how and management skills, generating new sources of employment and financing, as well as developing infrastructure and services that allow offering an efficient and effective business platform.

Investors at Mariel will benefit from a special regime which is mainly focused on the hiring of workforce, whose payment doesn’t have a set tariff and will be negotiated by investment and recruitment agencies. That means that recruitment agencies will not be moved by profits and, consequently, the investor will pay less and workers will get higher wages in contrast with the current mechanism.

The value of workforce in the region and in Cuba will be taken into account for the payment of workers. In Cuba, 70% of the population economically active has at least a medium education level.

The director of ZEDM’s Regulating Office explained that the recruitment agency will have 20 per cent for minimum expenses. The remaining 80 per cent will be paid to workers in Cuban pesos (CUP), with an exchange rate of 1 per 10, already in vigor and approved for these cases, though it hasn’t been published in La GacetaOficial yet, she pointed out.

Nowadays, 1 Cuban convertible peso (CUC) equals 24 CUP, but the exchange rate in Mariel will be 1 per 10 so a salary of 800 dollars –as noted by Prensa Latina—equals 8000 Cuban pesos. This measure will be in force until Cuba concludes the process of unification of currencies (CUC and CUP)

Regulations at the Special Zone allow “a policy of incentives per results” and do not have “limitations” for foreign workforce, said Ana Teresa Igarza.

A note published in the Economy and Trade section of Mercosur’s web confirms that more that 50% of investment applications received by ZEDM’s Regulating Office by the end of January, 2014, came from European nations.

According to this Office, per regions, Europe has showed greatest interest with 54%, followed by Latin America (29%) and Asia (17%). By now, the Office has received 72 direct applications, out of which 35 are already being processed, 17 are “under analysis” and the reaming 20 we “discarded”

Some of the incentives provided by Mariel to investors are: full protection and security for investors, and the authorization for free transferences of financial resources and profits without taxes or additional charges.

The first investor settled since Mariel’s inauguration in November 2013 is PSA Singapore, one of the main dock operators internationally, which runs Mariel’s modern container terminal with capacity for the operation of Super-Post-Panamax ships.

According to some data published in the official website of the Cuban Ministry of Foreign Affairs, June is the deadline of the first stage of the area of logistic activities next to Mariel’s harbor and the railroad that will connect ZEDM with the national network with the purpose of assuring the movement of merchandise and personnel to anywhere in the country.

Furthermore, conditions for the supply of stable drinkable water and electricity for all projects have been set already, even in “emergency situations as a result of meteorological phenomena or unexpected events”. There is a communication system interconnected by optic fiber and a radio link as backup.