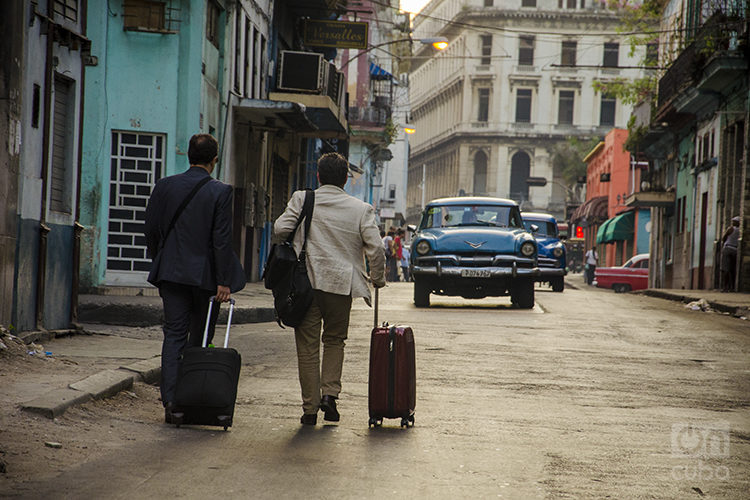 The reestablishment of tourist relations between Cuba and the United States is going to take a while. Opening embassies depends on the governments, but a U.S. federal law forbids Barack Obama’s compatriots from crossing the southern part of the Florida Strait solely for vacation time.

What’s new in the last few months is the opportunity to pack your backs and reserve a hotel in Havana or Varadero, using one of the general licenses authorized by the U.S. Treasury Department beginning in January of this year.

Approximately 170,000 people from the United States visited Cuba in 2014, the last year of the restrictions that were lifted by President Obama. The effects of the executive orders issued by the White House can now be seen in streets of the largest island in the Caribbean.

The avalanche of tourists is not just from the United States. Canadian, French and British travelers are coming back (or coming for the first time) to Cuba, which the headlines have placed in everyone’s sights.

In the first three months of 2015, the number of foreigners who arrived in on the island and its adjacent cays shot up by 12 percent, according to figures published by the National Office of Statistics and Information, ONEI.

While no specific figures are available on U.S. visitors, the data published suggests an increase similar to those of other groups.

Those who are using the U.S. Treasury Department’s licenses for the first time literally must compete with Canadians and Europeans for reservations or a table at a restaurant. If reconciliation between Cuba and the United States was a surprise for political analysts, what could have been predicted by tourist industry executives?

The change in political atmosphere and interest in traveling to Cuba led airlines to look for ways to add flights to Havana and other cities on the island, providing an option that was until recently banned.

“In 1927, Pan American Airways completed its inaugural flight from Key West to Havana; 88 years later, we are excited to return to Cuba under the auspices of the Center for the Study of the Cuban Culture and Economy,” said a statement posted on the airline’s website.

It’s no coincidence that following initial diplomatic contacts, technical negotiations between the two countries opened on the issue of civil aviation and air transport relations, as acknowledged by the U.S. State Department.

“Leisure” is still not one of the categories that justify a visit by a person from the United States to a country that is still seeking, on its soil, an embassy that flies the Stars and Stripes.

That inconvenience is not stopping the streets of Havana from receiving visitors who are a little unusual after decades of distance: a perceptive observer can see everything from a U.S. governor examining the interior of a ’56 Chevy, to a star TV anchor kicking off his news show in the center of a plaza, or a State Department undersecretary walking to an important meeting